Environmental Protection Agency Administrator Michael Regan dismissed all members of two key agency science advisory boards on Wednesday, indicating he would rebuild from scratch the committees that the Trump administration tried to use to support its deregulatory agenda.

“Scientific integrity is one of EPA’s foundational values,” said Regan in a statement. “Resetting these two scientific advisory committees will ensure the agency receives the best possible scientific insight to support our work to protect human health and the environment.”

Regan said the agency would return to “a time-tested, fair, and transparent process” for selecting scientist advisers, and he invited all the current panel members to re-apply. But they would face the kind of ethics review that had been given short shrift in the Trump administration, according to a 2019 Government Accountability Report. And two new criteria would be added to the selection process: the absence of financial conflicts of interest or “an appearance of a loss of impartiality.”

It was a pointed reference to the Trump administration policies that put industry consultants and outspoken contrarians who disputed mainstream climate and environmental science on the EPA advisory panels. In one of the most important regulatory decisions before Trump’s EPA last year, former EPA Administrator Andrew Wheeler, himself a former coal lobbyist, decided not to strengthen the national air quality standard for fine particulate matter pollution. EPA scientists had concluded that tens of thousands of lives could be saved each year with a slightly more stringent standard. But Wheeler instead said the science was too uncertain, relying on the advice of a panel headed by an American Petroleum Institute consultant who raised doubts about whether particulate matter should be considered deadly at all. The burning of fossil fuels produces significant amounts of fine particulate matter pollution.

“This ‘fox guarding the hen house’ approach stymied the agency’s ability to carry out its important work for the American people,” said Sen. Thomas Carper (D-Del.), the chairman of the Senate Environment and Public Works Committee, in a statement praising Regan’s decision.

EPA’s formal science advisory committees play an important role because the agency, which is required by law to follow the best available science, is typically sued by industry, environmentalists or states over every major decision that it makes. Federal courts rely heavily on the advice provided by the committees when they are deciding whether or not to uphold EPA rules.

President Donald Trump’s first EPA Administrator, Scott Pruitt, who as Oklahoma attorney general had sued the EPA repeatedly, was well aware of how courts had upheld some Obama rules—in particular, its standard on fine particulate matter—based on the advice the agency had received from its advisors. Soon after Pruitt took office, in October 2017, he sent out a directive barring any scientists who had received EPA research grants from serving on EPA advisory committees. Since EPA is one of the most important non-industry funders of environmental research in the United States, the effect was to wipe the most prominent experts from the advisory boards. In April 2020, the U.S. District Court for the Southern District of New York vacated Pruitt’s directive as illegal, but the court ruling had no immediate practical effect.

The Trump EPA announced it would no longer bar EPA grant recipients from the panels, but Pruitt and his successor, Wheeler, had already filled the committees with their own candidates, including a number of industry consultants and scientists with out-of-the-mainstream views, both of which invariably supported less government regulation. For example, John Christy of the University of Alabama, who was appointed to the 45-member EPA Science Advisory Board in 2019, argued that EPA should go with the fuel economy standards that cost the least, since emissions from vehicles made little difference in climate change. Mainstream climate science considers carbon pollution from vehicles one of the key drivers of global warming.

Regan’s directive covers both the large EPA Science Advisory Board and the six-member Clean Air Science Advisory Committee. Regan also said that he plans to restore the large expert subcommittees on pollutants like particulate matter and ozone, which Wheeler had disbanded.

The science advisory board process did not turn into a rubber stamp for the Trump administration. The main Science Advisory Board was critical of a number of EPA decisions during Trump’s tenure, including its rollback of fuel economy standards. But Gretchen Goldman, research director at the Union of Concerned Scientists, said that the complete overhaul sought by Regan was an important and necessary step for restoring science at the EPA.

“This was the right call,” she said in an email. “As part of the Biden administration’s commitment to reckoning with the Trump administration’s attacks on science, it is crucial that EPA’s key science committees be formed through a legitimate process that ensures independent science advice from top experts on EPA’s work to protect public health and the environment.” 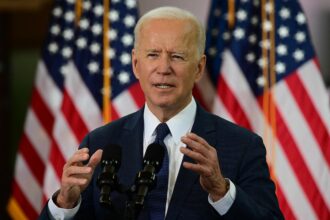 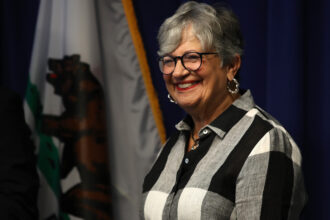 Mary Nichols Was the Early Favorite to Run Biden’s EPA, Before She Became a ‘Casualty’