Environmentalists on Friday challenged a record-breaking oil and gas lease sale there by the Trump administration, which offered up 10 million acres for drilling in December.

In a pair of lawsuits, environmental groups argued that the lease sale broke a key law by ignoring climate and other environmental impacts.

In one of the suits, the environmental law organization Earthjustice and the plaintiffs it represents argued that the Trump administration had violated the National Environmental Policy Act (NEPA) by failing to consider how the greenhouse gas emissions from burning the fossil fuels from the Arctic tracts might impact climate change.

“NEPA requires agencies to take a hard look at the effects of their actions,” said Rebecca Noblin, a staff attorney with Earthjustice. “There have been a lot of courts lately that have said that if this is a fossil fuel project, that includes the effects of burning fossil fuels. The agency just hasn’t done that here.”

Earthjustice’s lawsuit is just the latest to make that case.

“Over the years, there have been many court decisions saying that greenhouse gas emissions should be considered in Environmental Impact Statements,” said Michael Gerrard, the director of the Sabin Center for Climate Change Law at Columbia University. “The pace of those decisions has really been picking up lately.”

“We’re going to see more and more of these cases as the Department of Interior systematically tries to dismantle protection of public lands,” Gerrard said. “The judicial branch is moving in a different direction than the executive because the statute itself calls for examination of all significant environmental impacts and climate change is certainly one of them.”

Courts Have Sided with Similar Arguments

There’s a more than decade-long precedent of courts ruling in favor of this argument:

In addition to its claims about failure to take emissions into account, the Earthjustice lawsuit argues that the Interior Department failed to develop and compare alternative sites for the leases. It argues that the Obama Administration had the same failure when it opened up 1.4 million acres of the reserve for leasing in 2016.

The plaintiffs in the Earthjustice lawsuit are the Natural Resources Defense Council, the Center for Biological Diversity, Greenpeace and Friends of the Earth.

Concerns About Alaska Fish and Wildlife

A second lawsuit filed Friday says the administration failed to conduct a site-specific review of how development of the proposed leases would impact the environment.

Before a leasing sale can be held, the Bureau of Land Management is required to complete an environmental impact review. For the 2017 National Petroleum Reserve sale, the bureau relied on what’s called a programmatic review—a sort of bird’s-eye view of an entire region, as opposed a more specific examination on the ground.

“We want to make sure that the agencies looking after our public lands take the required steps to protect fish, wildlife, subsistence activities and habitat,” said Brook Brisson, at attorney with the Trustees for Alaska. “BLM can’t rely on programmatic impact statements when the agency is authorizing site-specific activities, especially if the agency isn’t able to say no down the line when projects are moving forward.”

Trustees for Alaska is representing the Alaska Wilderness League, Defenders of Wildlife, Northern Alaska Environmental Center, the Sierra Club and The Wilderness Society in the lawsuit.

The environmental groups are particularly concerned about the National Petroleum Reserve lease sale because the areas made available for leasing included the sensitive wildlife habitat around the Teshekpuk Lake Special Area, which is among the largest and most ecologically significant wetlands in the world. The 22 mile-wide lake sits near the coast, and is home to the Teshekpuk Lake Caribou Herd and a variety of other Arctic wildlife.

The December lease sale, though unprecedented in scale, was far from a success. Of the 10 million acres offered for oil and gas development, just 80,000 acres were leased, raising questions about the economic viability of Arctic drilling at the same time the Trump administration is pushing to open up more of Alaska, including parts of the Arctic National Wildlife Refuge and federal offshore waters, to oil and gas development. 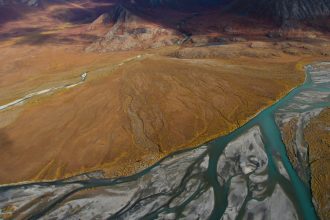 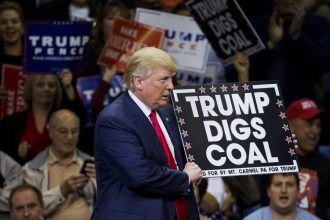