It’s not easy out there for a polar bear in the era of climate change, and according to a study released today, it’s even harder than previously thought.

When scientists studied polar bears they had captured, outfitted with cameras and released, they found that the bears’ metabolism was 1.6 times higher than previously thought, making it harder for the animals to find enough food. In short: too many calories burned and not enough calories consumed.

The study, released Thursday in the journal Science, provides the clearest view yet of polar bear physiology. By approaching the study in a novel way—examining the bear’s body condition and affixing cameras with GPS—the scientists were able to see how polar bears spend their time, how successful they are on hunts and how much time they spend walking, swimming or resting.

The nine bears in the study prowled the ice and shorelines of the southern Beaufort Sea near Alaska.

Andrew Derocher, a leading polar bear biologist who was not involved with the study, praised its methodology and said it confirms what scientists have long known: that the loss of sea ice would be trouble for polar bears, who use it as a platform to hunt for their preferred food, seals.

The study provides new insight into the unique ways that polar bears have evolved to survive in the Arctic, a habitat going through profound changes with climate change.

“We knew polar bears were highly reliant on seals, and that they need these seals to put on a lot of the body fat that they use to sustain them for most of the year,” said lead author Anthony Pagano, a biologist with the United States Geological Survey. “But this information gives us some quantitative information on how much they need to be catching just to meet their energy demands.”

Nowhere is the relationship between polar bears and climate change playing out more clearly than in the southern Beaufort Sea, where the polar bear population declined by roughly 40 percent between 2005 and 2009. The sea ice there has been breaking up earlier each spring and re-forming later each fall.

When the ice breaks up, it moves hundreds of kilometers farther north than it did historically, Pagano said, and the majority of the bears in that region stay on the ice, traveling farther from shore before migrating back in the fall. For polar bears already dealing with an energy imbalance, scientists say those longer trips could be especially taxing.

How to Catch a Polar Bear

Polar bear studies often start in the air. Researchers like Pagano head out in helicopters, flying up to 60 miles off the coast in search of bears on the ice.

“Typically, we’re looking for tracks in the snow so we can track a bear or search in a habitat that we think will have a bear on it,” Pagano said. “We’re looking at a very white landscape, looking for a slight less-white object.”

In the three years that this study was underway—2014-2016—Pagano and his team found and followed nine female polar bears during the month of April.

They outfitted each bear with two devices: a collar with a GPS-equipped video camera and an accelerometer—essentially, a Fitbit for polar bears. The bears were also injected with what is called doubly labeled water, with certain compounds altered so they can be easily traced.

Over eight to 11 days, they tracked each bear’s actions while the camera recorded what the bear was doing, explained Pagano—“resting versus walking versus swimming.”

When the bears were recaptured, the scientists removed the devices and took various measurements of the bears’ vital signs. Thanks to the doubly labeled water, they were able to see how much the bears had metabolized the compounds, giving a clearer picture than ever of how much energy it takes to sustain those gigantic bodies in such a harsh habitat.

April is the time when seals have just given birth and are typically nursing in lairs. Though polar bears may start catching and feeding on seals during this period, May and June is when the polar bears really start bulking up. That’s when baby seals have weaned and left the lairs, but are still quite vulnerable to predators.

Pagano and his co-authors observed an average loss of 1 percent of body mass each day during their study, and some of the bears lost some 10 percent of their body mass during as many days.

Derocher said it’s not entirely surprising that some of the bears weren’t catching seals for a few days in April. Pagano acknowledged that the timing may have affected the findings, but said that’s part of the challenge of working in the Arctic. In May or June, the melting ice creates fog, making it dangerous to fly helicopters and hard to find places to land.

“It’s always been a constant battle to try to get enough money to study these animals in far away places,” said Steven Amstrup, a longtime polar bear biologist with the U.S. Geological Survey who now works with the advocacy group Polar Bears International. He estimates that when all the costs are added up, it’s about $10,000 to capture and instrument a polar bear.

“The most important part of this paper,” he said, is that it “confirms what we predicted years ago: as the sea ice goes, so goes the polar bear.” 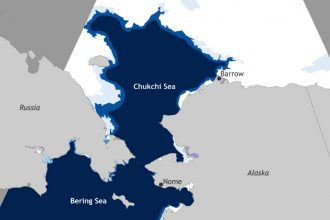 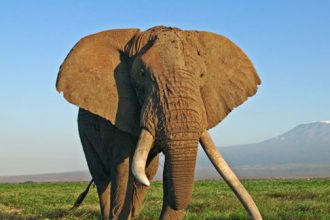 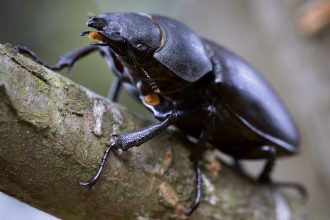