The U.S. Justice Department has forwarded a request from two congressmen seeking a federal probe of ExxonMobil to the FBI’s criminal division.

In response, the Justice Department deferred to the FBI, saying it is that agency’s responsibility to conduct an initial assessment of facts that prompted the congressmen’s request.  Such action is considered standard procedure, according to former federal prosecutors who say the response appears ambiguous as to what action may be taken by the FBI.

“As a courtesy, we have forwarded your correspondence to the Federal Bureau of Investigation (FBI),” said a letter to the congressmen from Peter J. Kadzik, an assistant U.S. attorney general.

“The FBI is the investigative arm of the Department, upon which we rely to conduct the initial fact finding in federal cases. The FBI will determine whether an investigation is warranted.”

The Justice Department’s referral letter to the FBI, however, has not been released, so it is not known if it contained any specific instructions.

The referral was made to the assistant director of the FBI’s Criminal Investigative Division.

The FBI and Justice Department did not respond to requests for comment.

DeSaulnier said he would have preferred a more aggressive response, though the DOJ’s position did not surprise him.

“I would very much like the attorney general to get involved and I think it’s inevitable that will happen because of the growing recognition of how the public was misled,” he said in an interview with InsideClimate News.

Even if the FBI invests minimum effort in a due diligence inquiry, DeSaulnier said he thinks the facts will prompt a deeper investigation.

“I will continue to make the argument there is too much compelling evidence not to hold companies accountable,” he said.

Lieu said he believes the letter is a signal from DOJ to the FBI to begin a preliminary investigation.

“They [DOJ] could have just said ‘thank you’ or declined to get involved,” Lieu said. “It makes sense in a case this complex that you would want the investigative arm of the Justice Department involved.”

The congressman said he believes there is enough on the public record for the FBI to conclude a full-blown investigation is justified.

“There is substantial evidence to support a full investigation and prosecution,” he said.

Even if the FBI does not investigate thoroughly, DeSaulnier said more heat is being applied to Exxon and the industry, with an investigation underway in New York and probes being considered in other states, including California and Maryland.

Exxon declined to answer questions about the Justice Department’s letter.

John Marti, a former federal prosecutor in the U.S. Attorney’s Office for the District of Minnesota, called the Justice Department’s response a “punt.”

“The department appears to be reluctant to engage in this matter,” Marti said. “They are being careful to remain neutral.”

Yet at the same time, he said, the letter puts the FBI in the position of seemingly requiring at least a rudimentary review of the issues raised by the congressmen.  That review could consist of nothing more than reading the news stories detailing Exxon’s climate research and its history of sowing doubt about the science to performing a detailed inquiry, he said.

He said he would expect the FBI to proceed cautiously.

“They are not going to be excited over what they may perceive as a dispute over public policy as opposed to violations of federal criminal laws,” Marti said.

Lieu and DeSaulnier, both Democratic members of the House Oversight and Government Reform Committee, said in their letter to Attorney General Loretta Lynch requesting an investigation that they were “alarmed” by the possibility that Exxon withheld vital climate change information and tried to discredit the science confirming global warming.

The congressmen made their request for a federal probe following disclosures in an InsideClimate News series that Exxon scientists were warning of potentially catastrophic effects of a buildup of atmospheric carbon dioxide from fossil fuels as early as 1977. The letter also cited a story published later by the Los Angeles Times addressing Exxon’s research into melting Artic ice.

The request by Lieu and DeSaulnier is one of a number of investigation requests to the attorney general, including appeals by both Democratic presidential candidates.

In addition, a  coalition of nearly 50 environmental, civil rights and indigenous people’s groups have urged Lynch to open a federal investigation into whether ExxonMobil purposefully misled the American people on climate change.

Lieu and three colleagues also called on the U.S. Securities and Exchange Commission to look into Exxon’s past federal filings to determine if the company violated securities laws by failing to adequately disclose material risks to its business posed by climate change.

Mary Jo White, chair of the SEC, told Lieu in a letter she could not comment on the issues he and the other representatives raised or acknowledge the existence or non-existence of any investigation.

“But I want to assure you that the Commission’s staff will consider carefully the information included in your correspondence in connection with our statutory and regulatory responsibilities,” according to White’s letter to Lieu.

Exxon is the subject of an investigation by the New York Attorney General Eric Schneiderman. Investigators for Schneiderman served a subpoena on Exxon last year to turn over documents related to its research into the causes and effects of climate change.

Sharon Eubanks, a former U.S. Department of Justice attorney who won a racketeering case against the tobacco industry in 2006, said deferring to the FBI is customary in cases like this, though federal prosecutors generally give more direction.

“It would have been much more powerful had the Justice Department said it was asking for an investigation,” she said.

“This could mean it will go into a black hole or it could mean the FBI will be taking some action that could lead to a referral back to the Justice Department,” she said.

Eubanks said the request puts the two agencies in a delicate position given the high-profile nature of the request and implications of digging into the issues raised by the congressmen. 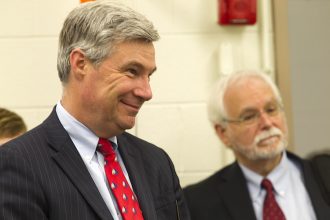 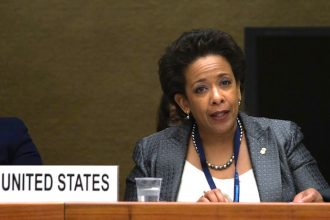