Scientists from the U.S. Geological Survey analyzed injection data from the most active disposal wells in the area where the 5.8-magnitude earthquake hit last September. They found that there had been a sudden and dramatic increase in the amount of wastewater injected in the first half of 2013 at some of the wells.

That contributed “a fair amount of stress on the fault and would have accelerated the natural faulting process significantly,” said Andrew Barbour, a USGS geophysicist who led the study.

The research was published Tuesday in a special edition of the journal Seismological Research Letters that focused on the earthquake, which struck the town of Pawnee on Sept. 3, damaging dozens of buildings.

The findings expand on the growing consensus among scientists that the earthquake spike rattling America’s midsection is linked to the oil and gas drilling boom. The research suggests that even years after heightened activity takes place, the risk of a big earthquake can remain.

Thousands of quakes have hit Oklahoma and other states since 2009, when oil and gas production began to skyrocket. The boom, both in fracking and conventional production, has led to much more wastewater and has prompted increased levels of disposal.

Previous studies have suggested that proximity to wells, total injected volume and injection rate all can influence local seismicity. But the Pawnee earthquake puzzled scientists because it didn’t fit the usual pattern of occurring near the state’s most recently active disposal wells or near a particularly dense cluster of wells. State regulators had even issued several directives last spring mandating operators to reduce their total disposal activity in high-earthquake zones. By mid-2016, total earthquake rates had gone down.

The USGS scientists found that among the nine wells it analyzed in a 9-mile radius, the pattern of injection activity at two wells less than 5 miles from the quake’s center stood out. Activity at these wells went from being inactive to having up to 288,000 and 404,000 barrels of waste, respectively, being injected per month within the first half of 2013. By late 2016, however, injection rates at both wells had tapered back to around zero. Meanwhile, the rates of injection of wastewater at the other nearby wells has been relatively constant since 2012.

Using theoretical modeling, the researchers found that rapid increases in wastewater injection generated more pressure and stress on the geological system than steady injection rates, conditions that raise the risk of an earthquake.

Mark Zoback, a Stanford University geophysicist who was not involved in the study, called it “a very interesting result.”

“The most important part of the study is the concept that, in addition to the pressure that results from injection in Oklahoma, the pressure rate also controls the seismicity,” he said. “We’ve kind of known this in a general sense, and what they are trying to do is apply a very specific model to show in one particular case that the rate of injection had a significant effect.”

According to the latest USGS earthquake hazard map, about 3.5 million people, mostly in central Oklahoma and southern Kansas, are at high risk of experiencing a damaging man-made earthquake this year. Following the Pawnee quake, Oklahoma regulators ordered operators to immediately shut down 32 wells, and reduce the level of injection at many more, within a zone of 1,116 square miles. That mandate remains in place.

This research offers some intriguing prospects for how to improve the state’s earthquake response measures—such as requiring operators to have steady rates of injection instead of variable ones. But Zoback says it’s too early for that discussion.

“That’s what needs to be looked at more carefully,” he said. “You don’t start with a single modeling paper and immediately go to a regulation, right? So this is a beginning of the process and … we aren’t there yet.” 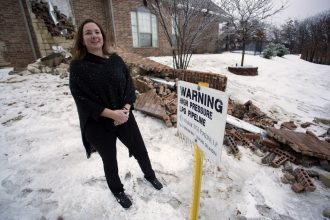 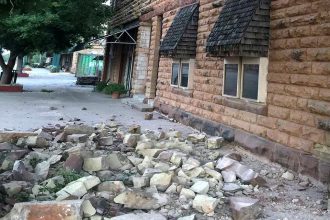 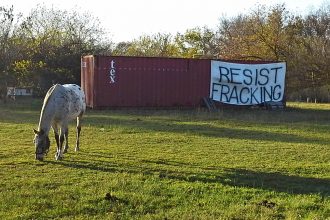 Is Oklahoma's New Earthquake-Reduction Plan Enough to Stop the Shaking?