The legislature in Massachusetts has passed a law that encourages more use of renewable energy, but environmental advocates are disappointed because the state had seemed poised to pass something far more ambitious.

The bill, which now goes to Gov. Charlie Baker, was passed this week on the final day of session, following months of wrangling.

This was a clash between two chambers of the Massachusetts legislature that are both controlled by Democrats but disagree about how quickly to move on clean energy and climate change.

The bill is being welcomed by Massachusetts’ largest utility and a group of industrial businesses, while some environmental advocates say the state has squandered a chance to build its clean-energy economy.

She said there were some “small steps forward” but not nearly enough progress.

What the Bill Does and Doesn’t Do

The bill says utilities must increase the share of electricity they get from renewable sources by 2 percent per year from 2020 to 2029, up from 1 percent per year under current law. Then, in 2030, the new plan reverts back to a 1 percent annual increase.

This would put the state at 35 percent renewable energy by 2030. It would have been 25 percent that year under current law.

There were several policies in a bill that passed the Senate, but were not in the final bill. Among them:

The Politics Behind the Bill

The debate showed that Senate leaders wanted to move much more aggressively on clean energy than House leaders. Both houses are controlled by large majorities of Democrats and the governor is a Republican who embraces action on climate change.

“I’m just disappointed that we’re not going much more quickly,” said Sen. Marc Pacheco, a Democrat and lead sponsor of the Senate bill. “This is an urgent problem that needs to be resolved.”

He says just about every attempt to act on climate change is opposed by “naysayers”—lawmakers, companies and interest groups who warn that the costs of clean energy will be greater than the benefits. He was hoping that the state has passed enough clean energy bills without leading to economic disaster that this point would not be used, but found that the same arguments continue to be made.

Utilities and business groups pushed for a more modest approach to the bill, and their priorities were much more in line with the final bill than the Senate one.

Eversource, the state’s largest utility, praised the outcome, saying in an emailed statement lawmakers “chose a measured approach” with the final bill.

The Associated Industries of Massachusetts used similar language. “By following this measured approach, Massachusetts avoids disrupting the energy sector by making significant changes to programs that are themselves in the middle of being finalized,” said Robert Rio, senior vice president of government affairs for the group, in a blog post.

He said businesses are still making adjustments to follow recent energy legislation, including several bills passed last year that are still taking hold. In other words, it is jarring to need to change plans right in the middle of changing plans.

The response from environmental groups ranged from highlighting progress to criticizing lawmakers for falling far short of what could have been.

“We had an opportunity to be bold and grow jobs, improve public health, stabilize energy costs and reduce the fossil fuel pollution that is warming the planet, and instead Beacon Hill [the location of the Statehouse] has sided with the status quo of fossil fuel and utility companies, over the innovation clean energy and high tech economies,” said a statement from Emily Norton of Sierra Club Massachusetts. “I fully expect there will be electoral implications from what we have seen here today.”

Now that Massachusetts has chosen a more modest plan, that leaves California as the most likely next state to adopt a 100 percent requirement. A bill in the California Legislature would get to that mark by 2045.

But the renewable standard is just one part of the Massachusetts bill. And, it is notable that Massachusetts is passing clean energy bills just about every year, with each building on the prior one.

“Massachusetts is setting forth some leadership in New England, and that is so important,” said David Littell, a former Maine utility regulator who is now a principal at the Regulatory Assistance Project.

The bill that passed “is certainly more modest than the Senate bill, but it’s still a big step forward,” he said.

Pacheco says he will continue to push for more aggressive clean energy rules. In the long run, he wants to change a system in which utilities and many businesses feel a need to oppose energy progress. This may involve changing the ways utilities get paid, or creating new incentives.

“This is a time for bold action,” he said. “That’s what I think we ought to be doing, not only in Massachusetts but all the states in the nation and, obviously, globally.” 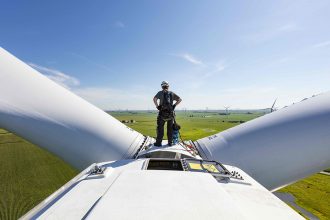 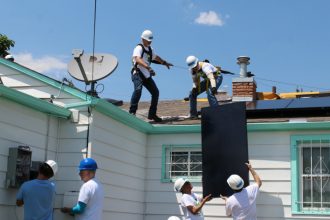 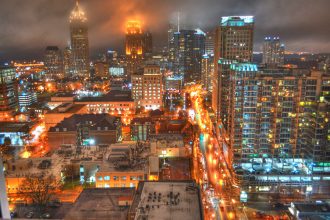