The potential fine Enbridge, Inc. expects for spilling more than 1 million gallons of tar sands oil into Michigan’s Kalamazoo River in 2010 continues to creep higher and now is estimated at $55 million.

The Canada-based company revealed the revised estimate earlier this week in a quarterly disclosure filing with the U. S. Securities and Exchange Commission. It cautions investors that the ultimate fine eventually imposed by the federal Environmental Protection Agency could cost the company even more.

The new figure offers a glimpse of the highly secretive and lengthy negotiations between Enbridge and the EPA and lawyers from the U.S. Department of Justice. In 2013, Enbridge estimated the fine would be $22 million. That figure jumped to $40 million last year. Those shifting numbers signal a resolution may be near, industry analysts say.

The penalty is for Clean Water Act violations surrounding the tar sands oil spill that fouled nearly 40 miles of the Kalamazoo River near Marshall, Mich. after its aging pipeline 6B ruptured nearly six years ago.

The spill triggered a massive cleanup effort that has cost the company more than $1.2 billion.

Before being asked by the EPA not to discuss the negotiations publically, Enbridge spokesman Michael Barnes said the EPA opened discussions last year with a proposed $85 million fine. That led to Enbridge to propose a $40 million fine and the EPA countered with $65 million, Barnes said.

But now, Barnes said he can no longer talk about the settlement discussions at the request of the EPA.

“We continue to meet with the DOJ and EPA to discuss possible settlement parameters,” he said. “The DOJ/EPA has bound us to confidentiality on the discussions.”

The EPA did not respond to requests  for comment.

The $55 million figure represents the minimum fine the company expects, according to its SEC filing.

“Given the complexity of settlement negotiations, which we expect will continue, and the limited information available to assess the matter, we are unable to reasonably estimate the final penalty which might be incurred or to reasonably estimate a range of outcomes at this time,” the company said in the filing.

Enbridge also noted that the EPA could require it to institute programs such as enhanced monitoring of its pipelines that could add to its costs.

Andy Levine, a former EPA lawyer now in private practice in Philadelphia, said the disclosure of the $55 million figure indicates  a settlement is near.

“This has been going on for some time now. So when you see the numbers getting closer and some movement by both sides, it tells me that a resolution is close at hand,” he said.

“This is not something that either side wants to go on forever.”

Enbridge and the EPA have twice agreed to extend the deadline for reaching a settlement.

“There comes a time when it has to be done so both parties can move on,” Levin said. “I think that’s what you’re seeing here. There have been two time extensions and the numbers are getting closer.”

Levin also said he believes Enbridge and the EPA want to avoid a lengthy and costly court battle.

“I’m not seeing a stalemate here,” he said. “It appears they want to keep this out of court.”

Enbridge already has been hit with millions in penalties. The company agreed to a $75 million fine from Michigan environmental officials and a $4 million settlement with the U.S. Department of Justice’s Environment and Natural Resources Division in 2014.  The company also was tagged with a $3.7 million civil penalty by the U.S. Department of Transportation four years ago. 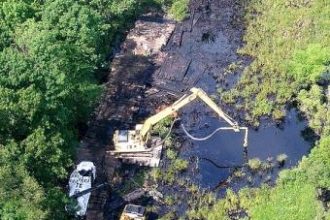 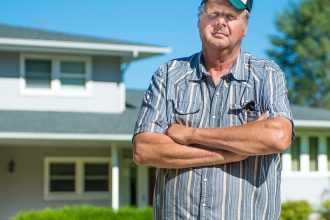 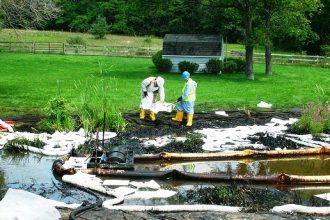