Contrary to a body of research showing that many plants and animals will suffer in a warming world, rising temperatures may actually help cold-blooded rattlesnakes thrive.

A new study  led by Hayley Crowell, then a graduate student researcher at California Polytechnic State University, found that most Pacific rattlesnakes currently operate at body temperatures around 10 to 20 degrees Fahrenheit below their optimal temperatures. If climate change warmed their environments enough that rattlesnakes could get closer to their desired temperature, then they could fare well.

Crowell and her team discovered that the snakes’ optimal temperature was 86 to 89 degrees Fahrenheit by putting them in a cage with a thermal gradient, where they could choose their ideal temperature. But temperature gauges surgically implanted into snakes in the field found that the average temperature for the rattlesnakes was between 70 and 74 degrees.

“With a one or two degree increase in general ambient temperature, a lot more of the environmental temperatures fall within the preferred body temperature range of the snakes,” Crowell said. “If it warms up, it’ll be closer to where they actually want to exist and be a little toastier.”

If snakes are at their optimal temperature, their bodily functions like digestion and reproduction can operate more effectively, Crowell said.

Although the temperature conditions might be ideal for rattlesnakes in a post-climate change world, other ecosystem conditions may not be. Pacific rattlesnakes live in Western North America, including California, where water may become highly scarce for wildlife. And the snakes eat ground squirrels as their main prey, which may not do well in warmer temperatures, compromising the snakes’ food source.

“If there are no resources like food and water it doesn’t really matter,” Crowell said.

People living in developing countries in Africa and Asia are seeing the real-time impacts of rising global temperatures. But as many as a fifth of them may never have heard the name for what they are experiencing: climate change.

The survey, by researchers from the Yale Program on Climate Change Communication, which partnered with Facebook Data for Good, collected data through questionnaires offered on Facebook in 31 countries. The investigators limited the pool of respondents to people who had access to electricity and internet-enabled devices, said Anthony Leiserowitz, director of the Yale program. Prior research has shown that groups that aren’t represented in the study also tend to know little or nothing about climate change, meaning the portions of the  populations that don’t know about climate change may be even larger than the survey results show. But, he said, that doesn’t mean that they aren’t aware of the changes occurring in their environments.

“If you’re a subsistence farmer, you’re keenly aware of changes in precipitation and temperature and growing seasons and new pests and all those kinds of things that are showing up as climate impacts,” Leiserowitz said. “What we found is all you have to do is give a simple definition of what climate change is, and immediately those people who say, ‘I don’t know anything about it,’ say, ‘Oh, yeah, that’s happening.’”

Leiserowitz said that people in developing societies need to understand climate change to make informed decisions about their futures. So investments need to be made to reach these groups with messaging about how climate change should be factored into plans for growing food, siting schools and hospitals and building roads and bridges.

“These are huge, huge bets about the future,” he said, “and if you’re making those bets assuming the future is going to look like the past, which is the way we usually make decisions, you’re almost certainly making a bad bet.”

Why Smokey the Bear Should Be Worried

Climate change has come to Yellowstone National Park and the lands surrounding it in the form  of rising temperatures and decreasing snowpack over the last seven decades, a new report shows. Future projections suggest this trend will continue, even if greenhouse gas emissions are significantly reduced in the near future.

The Greater Yellowstone Climate Assessment, authored by researchers from the U.S. Geological Survey (USGS) and other institutions, found that since 1950, temperatures in the region have increased by 2.3 degrees Fahrenheit and snowfall has decreased by 23 inches, leading to a 25 percent loss in snowpack. Precipitation levels haven’t changed, co-author and USGS researcher Steve Hostetler said, but fewer days below freezing have increased how much of that precipitation falls as rain rather than snow.

“In combination with warmer temperatures in general, the winter and earlier melt in the spring will pretty much change the characteristics of snow in the annual cycle,” Hostetler said.

Under a moderate warming scenario known as RCP 4.5, in which greenhouse gas emissions are reduced, authors of the report project that the region will warm by 5.3 degrees Fahrenheit by the end of the century, relative to the 1986-2005 average, and that the snowpack will be reduced by 40 percent. Loss of snowpack can have dire consequences in the region, like increased risk of wildfires and drought.

The next step for the researchers, Hostetler said, is to discuss the findings with people who live in the region, including tribal groups, to plan how to adapt to the coming changes.

Want to Stop Wildfires? Give Up Those Sparklers and Roman Candles

More than 150 fire scientists and officials have an urgent appeal for residents of the American West this Fourth of July: Skip the holiday fireworks and campfires.

The record-shattering heat wave across the West, on top of an ongoing drought, means those traditions could lead to an outbreak of devastating blazes this year. The risk for fires over the holiday has been rising for years, stoked by climate-fueled temperature increases.

Research led by scientists from the University of Colorado, Boulder found that fires near residential areas tend to spike over the holiday. The scientists, including many who signed onto a letter published this week by The Conversation, found that from 1992 to 2015, 7,000 wildfires started on Independence Day, more than any other day of the year.

“We are gravely concerned about the potential for humans to accidentally start fires—from fireworks and other activities—by adding ignitions to this combination of historic drought, heat, and dry vegetation,” they wrote.

Farther north, in British Columbia, the North American Lightning Detection Network monitored an astonishing 710,177 lightning strikes from the afternoon of June 30 to the morning of July 1, which happens to be Canada Day, when Canadians also celebrate independence.

The strikes were generated by so-called pyrocumulonimbus clouds, which formed from all the wildfires burning across Canada. In turn, lightning that strikes the ground, risks sparking yet more fires, in a kind of circular hellscape.

Officials in the United States are hoping to avoid a repeat performance on this side of the border. 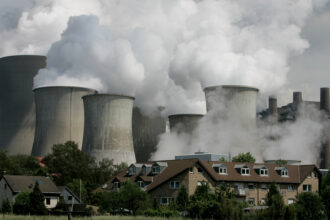 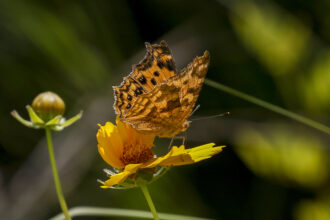 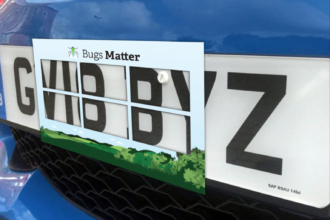