Sweeping energy legislation seems out of the question for Congress in 2013, but lawmakers are planning to advance smaller federal laws that could go a long way to expanding America’s clean economy.

The proposal most likely to pass is a tax-code tweak that would let clean energy developers use master limited partnerships (MLPs), a type of company structure that Congress established in the 1980s.

Coal, oil and gas companies have used MLPs—which are worth about $300 billion today—to raise capital for oil pipelines, refineries and other energy projects. The financing mechanism is credited with sustaining the current shale drilling boom.

But the current tax code bans master limited partnerships from investing in “inexhaustible” natural resources like solar and wind.

Two identical bills in the U.S. House and Senate were proposed last year to extend MLPs to renewables but were never taken up. A groundswell of bipartisan support is building for the measure, experts say. Lawmakers are expected to reintroduce the bills in the coming months, which are likely to pass in 2013.

Master limited partnerships have two main advantages as an investment vehicle. One, they’re publicly traded on the stock market so a broad range of investors can invest in projects, including pension funds and individuals. Two, MLPs don’t pay corporate taxes, unlike typical businesses.

According to estimates, clean energy developers could raise $7 billion through MLPs between 2013 and 2020—about one-fifth of all U.S. clean economy investments in 2011. For renewables, that’s “a sizable chunk,” according to Felix Mormann, a Stanford University fellow and an expert on clean energy finance.

The Senate is also expected to attempt to pass a comprehensive energy efficiency bill this session, and House Republicans say they’ll work with senators to find middle ground on the measure, according to reports. The Senate bill will likely draw from a bipartisan proposal floated last session that would accelerate energy-efficient upgrades in homes and businesses and tighten national building codes.

Other policies like wind and other clean energy tax credits could be part of an eventual tax reform package this year, experts say.

The one-year extension of the 20-year-old wind production tax credit (PTC) in the “fiscal cliff” deal this week offered the industry only a brief respite from uncertainty. The American Wind Energy Association, the main industry group, will be lobbying in 2013 for a six-year phase-out of the PTC that would run through 2018 and gradually decline in value before ending altogether.

Congress renewed the PTC on Jan. 1, one day after it expired. Wind farm owners who complete construction by Dec. 31, 2013, are now eligible to receive 2.2 cents for every kilowatt-hour of energy produced throughout the first decade of operation.

But the murky fate of the tax credit forced wind developers and manufacturers to scale back expansion plans for 2013. As a result, wind installations this year are likely to drop significantly compared to 2012. Last year saw a record 12,000 megawatts’ worth of wind turbines installed as developers raced to meet the Dec. 31 PTC deadline.

“The damage was already done to the wind industry, up and down the value chain,” said Dennis McGinn, president and CEO of the American Council on Renewable Energy (ACORE), the renewable industry’s leading trade group. McGinn said he expects a revival in wind power deployment toward the end of the year.

Meanwhile, the solar energy industry’s key tax break won’t expire until Dec. 31, 2016, though proponents will soon be discussing next steps. That could include congressional hearings this year or next on the solar subsidy.

The investment tax credit (ITC) gives residential and commercial solar developers tax breaks worth 30 percent of project costs. It has helped to increase annual solar installations by more than 1,600 percent since it was first adopted in 2006, according to industry figures.

Some industry leaders want to extend the ITC, while others are pushing for a gradual phase-out, said Andrew Krulewitz, a solar analyst at GTM Research. Either way, Krulewitz said he isn’t concerned. “There will be a future for the [solar] industry post-ITC.” The number of new solar projects will keep climbing in 2013, and could top the record 3,200 megawatts installed in 2012, according to GTM Research’s forecasts.

As glimpses of bipartisanship emerge in Congress, the ideological fights that marked 2012 over clean energy are expected to continue in the states.

Concern is mounting from advocates that conservative groups with ties to fossil fuel interests will succeed in repealing long-standing state renewable energy standards. Of the 29 states with such mandates, nearly one-third of them have already introduced bills to weaken or repeal those laws.

Groups are expected to ramp up those efforts, led by the American Legislative Exchange Council—which crafted model legislation to undo clean energy standards across the country—along with the Heartland Institute, a conservative think tank.

McGinn of ACORE said his group plans to step up efforts to persuade governors, state policymakers and energy officials to maintain and add renewable energy policies. “We want to make sure in all states that the benefits of renewable energy are known.”

On the East Coast, clean energy investment could see a boost in 2013 from an increase in cap-and-trade auction proceeds. The nine Northeast and Mid-Atlantic states that participate in the Regional Greenhouse Gas Initiative could set tougher reductions for power plant greenhouse gas emissions this spring. States are now reviewing the program and plan to begin addressing possible refinements in February.

Under the scheme, power plants pay for every ton of carbon they emit by buying pollution allowances from states in quarterly auctions. From 2008 to 2012, the states generated more than $1 billion in auction revenues, most of which went to clean energy projects and energy-use reduction.

Tougher emissions targets would force some power plant operators to buy more permits, increasing demand for the emissions allowances and driving up prices for permits. That would generate more RGGI revenues in auctions and send as much as $4.6 billion more into state clean energy coffers by 2020, according to advocates.

But the biggest carbon policy story in 2013 will come from California, which launched the first economywide carbon trading program in November. The nation’s clean energy and climate leader also started the world’s first low-carbon fuel standard last year—though the program remains tangled in legal fights and could suffer setbacks this year if judges side with opposing oil and corn ethanol companies.

Other states and federal officials will be watching closely to see how the Golden State’s climate policies fare—and could even use the programs as models for their own policies, or, potentially, for national policy in the future. 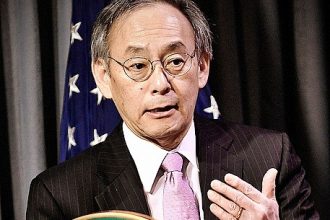