When the incoming Biden administration released its policy roadmap in November, it was clear that tackling climate change would be a top priority and agriculture will be a key part of a broad, cross-agency effort.

The U.S. Department of Agriculture, the administration said, “has not historically received the sustained political attention of other agencies that play a role in climate policy.” But it would become “a lynchpin of the next Administration’s climate strategy.”

The incoming administration’s clear focus on climate change was remarkable. That it would enlist the country’s farms and farmers—who are largely skeptical of climate change—in the battle was even more so.

In mid-December, as he introduced his climate team, Biden restated a goal he first rolled out last year on the campaign trail. “We see farmers making American agriculture first in the world to achieve net-zero emissions and gaining new sources of income in the process,” he said.

Now, questions are percolating about how, exactly, farmers will reach that target and how progressive the new administration actually will be.

In December, Biden announced that Tom Vilsack, secretary of agriculture during the Obama administration, would resume the helm of the agency—a move that disappointed some critics who would have preferred a leader without Vilsack’s deep ties to livestock and commodity agriculture.

After his first term running the agency, Vilsack took a lucrative job working to promote milk and cheese for the dairy industry, which has come under increasing fire for its greenhouse gas emissions. He is also a longtime supporter of ethanol, which many critics say entrenches an environmentally destructive system of agriculture.

Still, climate hawks mostly applaud Vilsack’s eight-year tenure at the agency, during which he set up a network of “climate hubs” where farmers could get information about adapting to climate change and launched an initiative to increase carbon stored in forests and soils. He also boosted USDA funding for climate change research.

“The key thing is Vilsack is not Perdue and has shown some leadership on the climate issue during his administration,” said Ricardo Salvador, senior scientist and director of the Food and Environment Program at the Union of Concerned Scientists, referring to the current secretary. “We’re beyond the Sonny Perdue regime that laughed at climate change.”

Vilsack’s deep experience in the department will also help him get traction, quickly, on tasks that can be done administratively, without Congressional approval.

“Biden’s been clear that climate is a priority and [Vilsack’s] going to get in there and will hit the ground running. He’s in the best position to get this done,” said Laurie Ristino, a former agency attorney. “You’re not going to radicalize the USDA, but you’ll have somebody who’s best equipped to carry out what Biden wants in terms of climate.”

Among the things Vilsack could do right away is boost conservation programs, which are popular with farmers and consistently oversubscribed.

“In the very short term, USDA has billions of dollars in the conservation title that could be more effectively targeted to support the practices that science says could reduce greenhouse gas emissions from agriculture,” said Craig Cox, a senior vice president with the Environmental Working Group and farm policy expert.

“Right there, you’ve got an immediate tool to put money in the pockets of farmers for conservation activities,” said Eric Deeble, policy director of the National Sustainable Agriculture Coalition. “On Day One, they could begin that process by the way they structure the President’s budget request.”

The incoming administration could also better police the crop insurance program, which research shows encourages planting on marginal land—including highly erodible land and wetlands—that should be left fallow. Under the current program, farmers get millions in insurance premium subsidies in exchange for adhering to conservation measures, but those are rarely supervised or enforced.

“When it comes to agriculture and climate, the whole conversation is about what we can pay farmers to do,” Cox said. “But there’s no conversation yet—which is desperately needed—about the structure of our crop insurance program and farm subsidies and how they’re facilitating, if not encouraging, the opposite of what we want to spend federal dollars encouraging farmers to do.”

At the very least, farmers who get discounts on premiums should be held up to some kind of scrutiny.

“Have spot testing and a more genuine effort to make sure that, in return for the investment of public resources, farmers are returning public value,” Salvador said. “That’s already in the Farm Bill. The Secretary just needs to enforce it.”

Major changes to the crop insurance program would likely need the help of Congress, but even arch supporters of the program might find themselves backing off of farm supports after this year. In 2020, the current administration gave $46 billion to farms—more that 40 percent of their income—to compensate them for the huge losses they sustained from Trump’s trade war with China.

“The amounts of money we’ve spent in the last four years is obscene—with no strings attached,” said Daniel Imhoff, who has written extensively about farm policy and calculated the $46 billion estimate. “It’s just a give-away to the biggest farmers who aren’t required to have any climate best-practices. That has to be the bottom line.”

One relatively achievable goal would be to simply restore the ranks of the USDA. Staffing was already thin under Obama, but became considerably more so under the Trump administration, which moved a major research agency out of Washington, an action that drove hundreds of employees to leave.

“Institutionally, just the amount of empty seats and vacant offices across counties—there’s a big gap there,” said Callie Eideberg, a director at the Environmental Defense Fund. “If you don’t have the people to provide the expertise, any additional funding won’t do anything. There’s a lot of internal staff rebuilding that needs to happen.”

Eideberg said the agency has not released data on current staffing levels.

The incoming administration has said a major focus of its climate and agriculture policy will be supporting a carbon trading program through which farmers could sell credits for sequestering carbon in the soil, reducing fertilizer use or providing a suite of “ecosystem services” such as creating wildlife habitat or improving water quality.

“This should be for any type of ecosystem services, whether greenhouse gas reduction or water quality or carbon,” Eideberg said. “I’m sure they’re going to need additional legislative authority to start moving the needle, but USDA has some authority to work in this space. One of their first big steps should be to put a little more muscle behind the effort.”

The Biden transition memo—dubbed Climate 21—identifies a carbon bank as one of the first things the administration should establish, although it’s short on specifics on how that would happen.

“In essence,” the memo says, “USDA would conduct a reverse carbon credit auction by offering to buy tons of carbon and [greenhouse gas] reductions from producers and forest landowners…” Farms and forests would generate the credits through improved land management practices and the agency would back up the credits through a carbon bank supported by the Commodity Credit Corporation (CCC).

The CCC has up to $30 billion in borrowing capacity, but Vilsack would likely need Congressional approval to tap into it—something a Republican Congress will be unlikely to do, especially for something identified as a climate change solution.

Critics also worry that establishing a carbon bank would effectively use public funds for exchange in a marketplace that’s currently private, an action that would largely benefit big producers.

“Folks are duly concerned that this does not become an opportunity for the private sector to financialize the support we need to be giving to farmers instead,” Deeble said.

Verifying what constitutes a genuine offset of emissions is also a concern.

“There’s a lot of serious scientific uncertainty on the ability to quantify the emissions reductions,” Cox said, “especially any carbon sequestration that is adequate enough to generate offset credits that are reliable enough to let other industries continue emitting instead of reducing emissions.”

A carbon market would also perpetuate a system that some experts say deserves a massive overhaul.

“What we need is large scale land-use change, where you get more perennial crops in place,” Salvador said. “In intensive commodity production—corn, soy, wheat—you could be adopting practices that sequester carbon in theory, but at the same time emit more carbon than you’re actually saving with those practices. The science is not there in terms of how you would actually measure and verify that you’re permanently storing or significantly storing carbon.”

Already, farm policy experts are starting to eyeball the next farm bill, the sprawling legislation that covers everything from agriculture subsidies to food benefits for low-income Americans. The five-year legislation expires in 2023 and offers huge opportunities to realize agriculture’s potential to cut greenhouse gas emissions and meet overall reduction targets.

“Congress writes the bills, but USDA can make their needs known,” Deeble said. “They can use the three years that we have between now and the next bill to show Congress the way to incentivize climate-mitigating practices.” 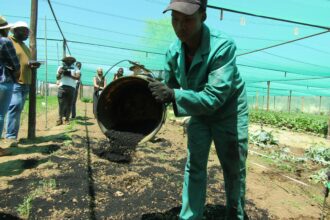 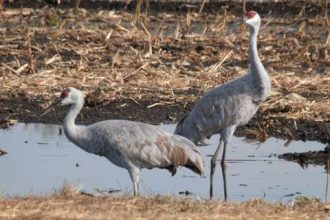