As the Port of Savannah continues to grow, it has also made some changes to go greener. Several key operations have switched from diesel power to electricity. But environmental groups say there is more the port could be doing.

The port is a sprawling piece of land upriver from the city, moving a constant churn of cargo among ships, trucks, trains and tall stacks of containers. It’s the largest container terminal of its kind in North America, and the fourth-busiest port in the country.

Officials say they’ve made changes to cut some 6.8 million gallons of diesel fuel a year. But it’s unclear whether that’s shrunk the port’s carbon footprint during the last decade of rapid growth in traffic.

There are no plans to conduct a new emissions inventory or set concrete emissions reduction targets because port officials are not required to, Georgia Public Broadcasting found, as part of a regional collaboration with InsideClimate News called “Caught Off Guard: Southeast Struggles with Climate Change.”

This story was published as part of a collaborative project organized by InsideClimate News involving nine newsrooms across seven states. The project was led by Louisville, Ky.-based James Bruggers of InsideClimate News, who leads the Southeast regional hub of ICN’s Environment Reporting Network. 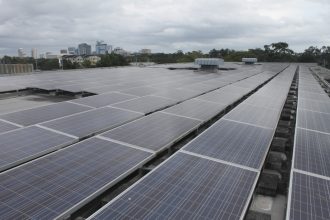 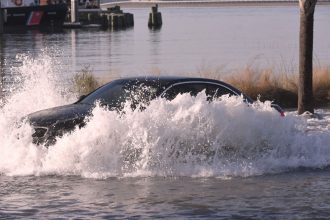 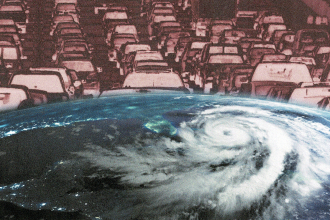 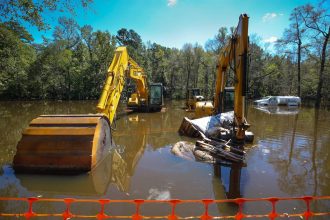