Is it time to finally stop talking about the so-called global warming hiatus?

For years, the idea of a hiatus, or a “pause” in global warming between 1998 and 2012, was used by climate change skeptics as evidence that the earth wasn’t actually getting that much hotter. This was despite a significant body of science showing that the data underpinning the doubters’ argument was flawed and that it was unlikely that any meaningful hiatus had occurred.

A new analysis in the journal Nature took a comprehensive look at what had been published on both sides of the issue. It found that a number of inconsistencies among studies proposing a hiatus—including variations in how the term “hiatus” was defined—led to cascading confusion. The study also pointed to some lessons for communicating climate science in the future.

“It is easy to paint a controversial picture, but as often the devil is in the details,” wrote the authors, who are scientists at the Institute for Atmospheric and Climate Science at ETH Zurich in Switzerland.

Despite the back and forth, the science is increasingly clear, they wrote: “Combined with stronger recent warming trends in newer datasets, we are now more confident than ever that human influence is dominant in long-term warming.”

One reason the hiatus meme was misleading: Its proponents defined the start of the hiatus as 1998, which was an El Niño year and therefore had unusually high temperatures. In addition, some researchers compared observed temperatures to climate change models that are relatively accurate for long-term projects but less so when it comes to shorter periods, like the 14 years from 1998 to 2012. Shorter measurements can be distorted by natural variation, camouflaging the underlying impacts of anthropogenic climate change.

“Science requires time to analyze, test hypotheses and publish results, and engaging in fast-paced communication is challenging for scientists in such situations,” the authors wrote.

In an accompanying commentary in Nature, climate scientist James S. Risbey and psychologist Stephan Lewandowsky wrote that there are important takeaways from the hiatus debate. “Perhaps the most salient lesson to be learnt from work on the pause is the need for clarity of definition and for quantifiable, generalizable accounts of the alleged phenomenon,” they wrote.

The year 2016 was the warmest year on record—the third year in a row to earn that distinction. Even so, the idea of the hiatus has lingered in headlines and continues to fuel political arguments. There’s even a legal battle being waged over some of the evidence against it.

Earlier this year, the conservative organization Judicial Watch sought to force the release of 8,000 pages of researchers’ emails and other communications about a 2015 National Oceanic and Atmospheric Administration (NOAA) study that showed there was no hiatus.

Not long after the report’s publication, the House Committee on Science, Space and Technology, led by Texas Republican Lamar Smith, began investigating. Smith accused NOAA of doctoring its numbers for political purposes. Critics of Smith’s probe, including ranking Democratic members of the committee, said the investigation was a “witch hunt” intended to intimidate climate scientists.

Since then, a number of studies have been released with findings similar to NOAA’s, but Judicial Watch has continued its pursuit of NOAA’s internal records. In late March 2017, the organization filed a request under the Freedom of Information Act seeking all communications between former NOAA scientist Thomas Karl, who was the lead author of the hiatus-debunking paper and has since retired, and John Holdren, who was director of the White House Office of Science and Technology Policy at the time.

In February, three scientific advocacy groups filed a legal brief to support the federal climate scientists who are being targeted by Judicial Watch.

“Now, more than ever, it is critical that we defend climate scientists and their research,” Lauren Kurtz, executive director of the Climate Science Legal Defense Fund, said in a statement in February. “Forcing the disclosure of scientists’ private emails is invasive, unnecessary and hugely detrimental to the scientific method.” 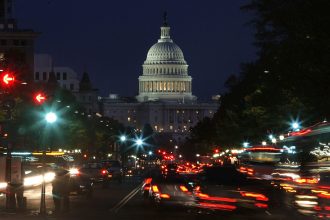 Modest Climate Bill Draws Sponsors From Both Sides of the Aisle 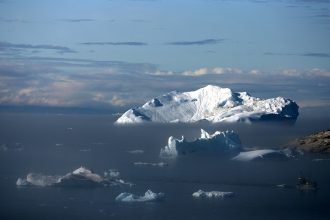 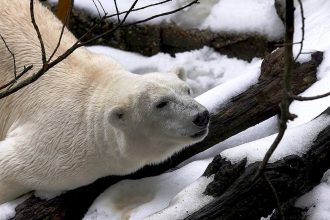