The Trump administration, which separated from the international community on climate change soon after taking office, filed for divorce on Monday by formally notifying the United Nations that it was withdrawing from the Paris climate accord.

Just as in a real break-up, the step was not surprising, and a long process lies ahead. Here are answers to some questions about what it all means.

Why make this announcement now?

When nations signed on to the Paris Agreement in 2015, agreeing to cut their greenhouse gas emissions enough to keep rising global temperatures in check, one of the provisions was that no nation would be permitted to exit the deal for three years.

Secretary of State Michael Pompeo’s announcement Monday of the formal U.S. retreat came on the first day that it was possible for the U.S. to make the move. The rules of the treaty also require an additional one-year waiting period for the withdrawal to be finalized—meaning it won’t be official until Nov. 4, 2020, one day after the presidential election.

No. Pompeo suggested that the U.S. carbon footprint is dropping in his announcement, pointing to the 13 percent decline in carbon emissions from 2005 to 2017. But that doesn’t count what has been happening since the Trump administration began rolling back climate-related policies.

Official government figures won’t be available until April, but the consulting firm Rhodium Group estimates that in 2018, as Trump policies took hold, emissions increased 3.4 percent, reversing three consecutive years of decline. And the U.S. Energy Information Administration, basing its forecast on current U.S. policies, projected earlier this year that U.S. greenhouse gas emissions would hold steady through 2050—a disastrous course for the planet.

How are other countries responding?

Two things seem apparent—an increasing role for China and a shortfall in ambition.

The United States has left a huge void by backing away from the Paris process. Not only is the U.S. the largest historic contributor of atmospheric carbon emissions, it is the country that helped shape the approach that broke the logjam between the developed and developing nations to pave the way for the treaty.

China, currently the largest carbon emitter, has stepped into the void—co-chairing discussions and helping to shape the technical rules for the accord. However, at the UN Climate Summit in New York in September, it became clear that the world’s major polluters, including China, have not made the needed moves to increase their commitments.

Does this mean the U.S. is out of Paris for good?

A future administration could rejoin the treaty with a mere 30-day waiting period. All of the Democratic presidential candidates say they are committed to returning to the fold and raising the ambition of U.S. commitments.

In the meantime, state and local leaders who are committed to climate action—the “We are Still In” coalition—announced Monday that they plan to send a small delegation to climate talks in Madrid in December. Their goal: “to build connections, strengthen partnerships, and find opportunities to advance American interests and collaborate with one another to tackle the climate crisis.” 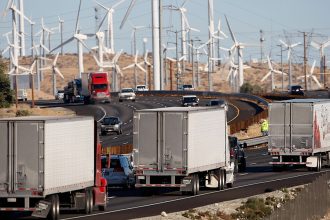 World’s Emissions Gap Is Widening, UN Warns. Here’s How to Close It.