General Motors is kicking off its big push for electric vehicles with a goofy, star-studded Super Bowl advertisement released ahead of Sunday’s championship game.

The ad is a milestone in the transition to electric vehicles, said Ron Wade, marketing expert and clinical assistant professor of sport management at the University of Michigan.

General Motors “has been committing more and more dollars to talking about getting away from fossil fuels and helping the environment,” he said. “I think that message is going to resonate with a lot of people.”

The company announced last week that it plans to sell only electric vehicles by 2035, as part of its carbon-neutral commitment.

The ad features a disgruntled Will Ferrell complaining that Norway sells more electric cars per capita than the United States. From there, it veers into a narrative involving Ferrell punching his fist through a globe (“Norway?” he sneers. “I won’t stand for it!”); Kenan Thompson dressed as a pirate; a stuffed parrot; the actress Awkwafina; a race to Norway via electric car and cargo ship; seasickness; and the wrong Scandinavian countries (Ferrell ends up in Sweden, Thompson and Awkwafina in Finland).

From 2011 to 2020, there were only six Super Bowl ads for electric vehicles—three of them, for GM, Porsche and Audi, in 2020—while conventional gasoline vehicles appeared in about a dozen commercials each year, according to a New York Times analysis.

With an audience of over 100 million, Super Bowl commercials occupy coveted airtime with some of the most expensive advertisements. CBS started the bidding for this year’s commercials at $5.6 million for a 30-second slot.

“You’re not going to spend those millions of dollars on an ad for something you’re not committed to 100 percent,” Wade said.

Scientists have known for some time that bees are on the decline. But a new study suggests that the number of bee species found in the wild has also decreased since the 1990s.

This signals a decline in diversity among bees, which are vital for pollinating plants, including 85 percent of all the crops humans grow. The authors say their findings are consistent with other research around the world showing bee declines because of pesticides, monocultures, pathogens and climate change.

“A decline in bee diversity driven by either increasing rarity or irreversible extinction will affect the pollination of wild plants and crops and have broader ecological and economic consequences,” the authors wrote. “Slowing down and even reversing habitat destruction and land conversion to intensive uses, implementing environmentally friendly schemes in agricultural and urban settings, and creating programs to re-flower our world are urgently required. Bees cannot wait.”

Once Again, California Leads the Way

Speaking of electric vehicles, California leads the nation in making the widespread use of electric vehicles more feasible, according to an analysis conducted by the American Council for an Energy Efficient Economy. The state, which plans to ban the sale of gasoline powered cars by 2035, has set deadlines for electrifying buses and commercial vehicles and has altered state building codes to include wiring for EV charging stations.

New York, Washington, D.C., Maryland and Massachusetts also scored high on the ACEEE state transportation electrification scorecard unveiled this week. The ratings assessed states on a 100-point scale using criteria such as whether they provided incentives for consumers to adopt EVs, whether they utilized clean energy sources in the electric grid and whether they ensured equitable access to EVs.

Most states have some policies in place to enable the use of electric vehicles, including incentives for buying electric trucks and using federal funds to buy electric buses. But only five states and Washington, D.C. earned more than half the points available on the scorecard, showing that many states still have a lot of room for improvement in transitioning away from the combustion engine.

Waste Not, Want Not, and Not in a Landfill

What are the three most effective solutions to reducing greenhouse gas emissions from food waste? That’s one of many questions that a new online tool can answer.

The tool was created by ReFED, an organization dedicated to reducing food waste in the United States by 50 percent by 2030. In 2019, 35 percent of food produced in this country went to waste, ReFED found.

New data included in the tool show that U.S. food waste has been declining since 2016. But it’s still far from achieving the 2030 goal. With the online tool, grocers, restaurants and others in the food supply chain can calculate their impact, examine the effect of different solutions and explore a database of organizations working to solve the problem.

According to data collected by ReFED, greenhouse gases from food waste account for about 4 percent of the climate-warming emissions in the United States. That includes emissions from producing, transporting, cooling and cooking the food, plus emissions from decomposition after the food is discarded.

The sector that has the greatest amount of food waste is in the home, from people scraping their plates and tossing spoiled leftovers. That’s why the answer to the question about the three most effective solutions to reducing food waste is: reducing portion sizes, utilizing meal kits and educating consumers.

That means teaching people how to better shop and cook to reduce waste, cooking from meal kits that provide just the right amount of ingredients and only putting as much on your plate as you can eat.

Describing a future where food waste is minimized, Gunders said she pictures grocery stores providing customized help for consumers to manage their food, like how to use excess ingredients.

“No matter how organically or sustainably we grow our food, if we’re not actually using it in the end it’s a terrible use of resources,” she said.

A Prize for Bending the Keeling Curve

Does your organization have an idea for getting greenhouse gases out of the atmosphere?

The Keeling Curve Prize is a $25,000 award given annually to two projects in each of five categories: carbon capture and utilization, energy, finance, social and cultural pathways, and transport and mobility. Applications for this year’s prizes are due on Feb. 10.

The prize is named after the iconic Keeling curve graph that shows the massive spike of carbon dioxide concentrations in the last 60 years. Awarded by the Global Warming Mitigation Project annually since 2018, the prize has funded projects aimed at “bending” the Keeling curve and reducing carbon dioxide emissions.

One of Saxon’s favorite winning projects was Three Wheels United, a nonprofit based in India that has financed 3,000 all-electric auto rickshaws—the three-wheeled taxis popular in India—aimed at decarbonizing the country’s transportation sector and improving livelihoods for rickshaw drivers. 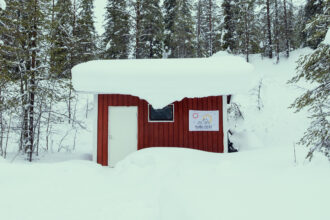 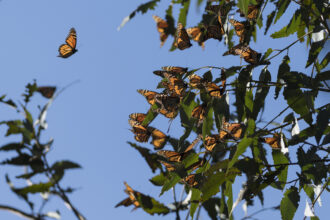