A federal appeals court rejected the Trump administration’s attempt to halt a landmark climate change lawsuit on Wednesday, ruling that the case can proceed to trial in a lower court.

The lawsuit, brought in 2015 by 21 youths, argues that the federal government has violated their constitutional rights by failing to act on climate change.

“We’re excited to be back in the district court,” said Julia Olson, chief legal counsel for Our Children’s Trust, a nonprofit that is representing the youths. “We’ll promptly ask for a new trial date for 2018 and get there as quickly as we possibly can, given the urgency of the climate crisis.”

The plaintiffs are asking the courts to force the government to enact policies that would cut the nation’s greenhouse gas emissions and end subsidies to fossil fuel companies.

At a hearing in December, a Justice Department lawyer argued that the case presents a threat to the separation of powers and that pre-trial discovery, when lawyers for both sides interview witnesses and review documents, would prove overly burdensome. In the ruling published Wednesday, Sidney R. Thomas, chief judge of the 9th Circuit Court of Appeals, wrote that the government’s concerns would be “better addressed through the ordinary course of litigation.” The three-judge panel ruled unanimously.

The government may seek to appeal the decision either to the full 9th Circuit Court or to the Supreme Court. A Justice Department spokesman did not immediately reply to a request for comment.

If the case does proceed to trial, each side will have to produce documents and submit to depositions first. Olson said her team had narrowed the number of documents they are requesting and will not seek to depose the heads of any federal agencies or any White House officials, but they will ask the agencies to identify subject experts. 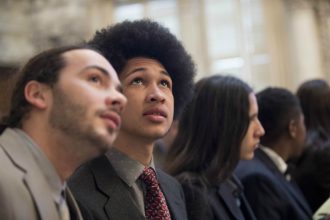