Much of the world still relies heavily on railroads to move people and products. But railway infrastructure—from overhead wires to tracks—is at high risk from climate change and associated extreme weather.

Many point out that so-called nature-based solutions—projects that harness nature’s power to address social or environmental problems—could offer practical and cost-effective ways for railways to minimize the effects of extreme weather, while at the same time providing environmental benefits.

But so far, railways have done little to take advantage of such strategies.

A new study by researchers at the University of Glasgow is the first to review industry efforts to-date to use nature-based solutions to prevent climate change-related disruptions. The researchers identified several potential nature-based solutions railroads could apply, including  green corridors to shade tracks from heat and high winds, habitat restoration to buffer the effects of storms and wetlands to soak up water during heavy rain and hold it through drought.

Those kinds of strategies, said Lorraine Blackwood, a doctoral student in environmental sustainability at Glasgow and the lead author of the study, would also create habitat for wildlife, reduce noise and air pollution, improve water quality and provide privacy for track-side neighbors.

But, while Blackwood and her colleagues found several examples of nature-based solutions being successfully implemented by railways, their review suggests that the industry has a long way to go.

“It’s still very early days,” she said. “There’s still a long way to go to really trust and test these solutions in the railway environment.”

Climate-driven extreme weather, from hot to cold and wet to dry, poses serious challenges for railway infrastructure. Heat waves can cause tracks to buckle and expand, inviting train derailments, while freezes can damage overhead power lines. Flooding undercuts the embankments that line the tracks and can cause landslides that block trains, while droughts cause subsidence and dry out soils so tracks misalign.

When Hurricane Ida hit the East Coast in 2021, the Amtrak Northeast corridor, from Boston to Washington, the nation’s busiest train route, was shut down for an entire day. About 75 million gallons—more than 100 Olympic sized swimming pools worth of water—had to be pumped out of the New York City subways after the storm.

With a changing climate, flooding is only expected to get worse in the future. A recent study projected that Boston’s commuter train system could be operating at 40 percent less capacity within a decade because of increased flooding.

Extreme heat is another major engineering challenge for railroads. Steel tracks are only designed to operate within a narrow range of temperatures. If it gets too hot, rails will buckle and expand, which can cause a train to derail. To prevent that kind of catastrophe, most routes impose speed restrictions on trains when temperatures rise. But this strategy comes with its own setbacks. In a 2019 study, researchers estimated that delays from temperature-related reductions in speed limits could cost the U.S. rail network up to $60 billion by 2100.

The risks for railroads go beyond the direct impact to a single line or the effect of a single storm. Climate change could shift the balance between different modes of transportation in ways that are challenging to predict. For example, experts suggest that changing water levels in the Great Lakes might result in more goods being transported by train, rather than by barge. A single major weather event can also cause cascading failures across an entire network, leading to major regional disruptions across industries and to people’s everyday lives.

In addition, thousands of miles of track in the United States are well over 100 years old. Those systems were designed with outdated construction standards, putting them at greater risk of failure and meaning that any repairs or retrofits could be prohibitively expensive.

To date, most railroad efforts to adapt to climate change have involved “hard” engineering solutions—so-called “grey” infrastructure—like elevating stations, installing sea walls and pumps and stabilizing the hillsides next to railway tracks. In Boston, for example, the city spent almost $2 million last year to install barriers at a station prone to flooding.

“It’s just not a particularly sustainable or attractive solution,” Blackwood said of hard engineering solutions. “Even from the mitigation point of view, with things like concrete and steel, the grey solutions themselves are very carbon intensive.”

That’s where systems built to work in concert with nature—what is often referred to as “green,” as opposed to “grey” infrastructure—comes in.

In addition, while grey solutions are often inflexible and expensive, green infrastructure can be more adaptable.

Michael Martello, a doctoral student in civil and environmental engineering at the Massachusetts Institute of Technology, points out that, depending on the climate change scenario, sea level rise in Boston Harbor could be anywhere from less than a foot to over eight feet by century’s end. “That’s a huge range to try to design against,” said Martello.

Green infrastructure, he said, can help address some of that uncertainty, because the vegetation only gets stronger with age as trees grow and plants take root. Grey infrastructure, in contrast, degrades over time.

But Martello said that there are several roadblocks to the widespread use of green infrastructure.

“A public agency that operates any sort of rail network, in general, they’ll just own the right of way,” said Martello. “There’s a huge jurisdictional barrier there, and there’s obviously a lot of interagency cooperation that needs to happen.”

In the United States, unlike Britain, where the researchers are from, there is also no single national railway. Instead, railroads are operated primarily by private companies. Martello said that, from an economic point of view, most operators want to stick with tried-and-true solutions.

Blackwood agreed that a lack of familiarity with nature-based solutions and concerns about safety could give planners the impression that those projects were harder to build, even though grey engineering projects are often more technically challenging. Working on an existing track, she said, comes with space and land use constraints that can also make trying out new designs difficult.

Paul Chinowsky, a professor of civil engineering at the University of Colorado, Boulder, said that implementing nature-based solutions is “a large undertaking,” especially in the United States, given the sheer size of the network. Like Martello, Chinowsky said that there’s no incentive for private companies to use untested strategies. There’s also not the incentive to maintain them.

“A natural solution is a great idea, but somebody’s got to maintain it, especially for the first couple of years while it gets established,” Chinowsky said.

He noted that green infrastructure projects come with a “lifetime benefit,” and require relatively straightforward and inexpensive maintenance. But, because they require more maintenance, he said, it can be hard for these solutions to compete with cutting-edge engineering technology.

“I think you have a perception barrier that a nature-based solution is going backwards,” said Chinowsky, “a perception that anything that requires more maintenance is going to be a draw from the bottom line.”

Given the climate change threats that railways face, experts say that the industry is going to need a variety of approaches and to find ways to tie nature-based solutions into grey infrastructure. While the long lifespan of railways poses a challenge for putting in new projects on old tracks, it also means that there’s plenty of time to recoup the initial costs of these projects. It’s like an insurance policy, Martello said, where companies pay now to avoid disruptions later.

“I think it’s really important that we keep exploring these natural solutions. There are going to be really good places we can put these,” said Chinowsky. “When you have a 50, a 75-year life cycle, you can afford to invest.”

The United States, he said, should also look at other countries, like Britain, that are further along on adaptation to learn from their experience.

“Railways have been built pretty much the same way for 180 years now,” Blackwood said, “so there’s a lot of work to do to shift and progress some of the traditions and attitudes.” 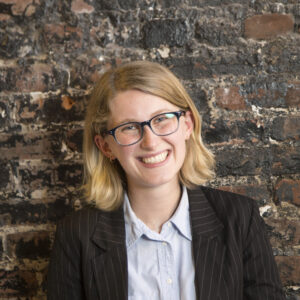 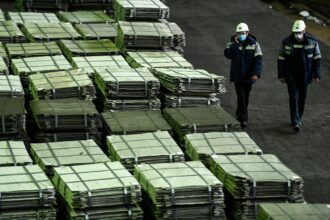 Russia’s War in Ukraine Reveals a Risk for the EV Future: Price Shocks in Precious Metals 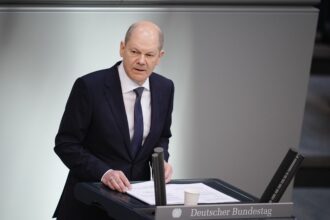 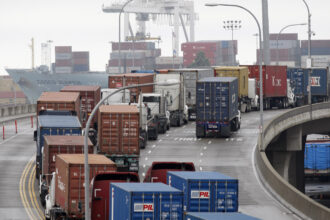