Cities As a ‘Source’ of Climate Action

Three-quarters of the world’s greenhouse gas emissions come from cities. That makes sense given that more than half of the world’s people live in cities, a number that is expected to grow to 70 percent by mid-century. Urban centers are expected to sprout and spread in the coming decades to make space for these changing demographics.

A new guide for city leaders aims to help make these transitions more climate friendly. Created by the Solar Impulses Foundation and its founder, Bertrand Piccard, an explorer and environmentalist known for circumnavigating the globe in a solar-powered plane, the Solutions for Cities guide will be unveiled in full at COP27 in Egypt next month and offers climate solutions that are relevant and doable for cities.

“Cities are a source of pollution, but they are also a source of action,” Piccard said. “Because you have power that is concentrated in the cities with mayors, with citizens, with public authorities, who can have direct action on the situation.”

Piccard said he hopes to reach cities with the new guide and its optimistic solutions at COP27.

A New Book on West Virginia’s Addiction to Coal

What went wrong in West Virginia’s energy transition, or lack thereof? A new book points the finger at failed leaders and a lack of foresight.

The book, called “The Coal Trap: How West Virginia Was Left Behind in the Clean Energy Revolution,” gives a history of coal in West Virginia during a critical time period, 2009 to 2019. Author James Van Nostrand, a law professor at West Virginia University, details how broken promises and climate change denial left the Appalachian coal-mining state behind as the rest of the country shifted their energy businesses to rely on natural gas and renewable energy.

Inside Climate News recently discussed the book with Van Norstrand. This conversation has been lightly edited for length and clarity.

Tell me a little about your new book and the time period it focuses on.

I call it the “lost decade,” because basically a lot of things happened in 2009. Obama became president so we started focusing on regulation of greenhouse gases. Then we also had what I call the shale gas revolution when we really started fracking and extracting a lot of natural gas from the Marcellus Shale and that had big implications for the coal industry. In fact, what’s probably the leading cause of the demise of the coal industry is cheap natural gas. It was pretty apparent back at the beginning of the lost decade that life as we know it for coal was gonna be over.

What happened during this decade?

I basically looked at 2008 to 2020, so it was the year before the lost decade and the year after the lost decade. By my calculations, if you look at the average retail [electricity] rate in West Virginia, it went up at five times the national average during that period. We went from the state with the lowest rates in the country in 2008, by the time of 2020, there were 13 other states with lower rates and our rates had gone up that quickly because there was literally no diversification at all. There was no natural gas, very little solar and wind. It was all coal.

The war on coal was just a lot of wasted energy, really. Rather than stepping up and acknowledging that this is a fundamental transformation in energy business, with the displacement of coal by natural gas and renewables. It was just just, “Blame it all on Obama and the job-killing EPA.” And then, of course, when Trump becomes president he promises the coal jobs are coming back but the coal plants closed just as rapidly during the four years of Trump as they did during the last four years of Obama.

So we’re just really poorly positioned in terms of attracting new clean energy jobs. That’s why I call it the lost decade. We lost 10 years. I think we’re finally starting to turn the corner. There’s some really good things in that Inflation Reduction Act that just got passed and then the infrastructure bill got passed last November. There’s some really good things to jumpstart a clean energy economy in West Virginia, but we wasted 10 years.

What lessons can be learned from West Virginia as climate activists and political leaders pursue a clean energy future?

Our governor still thinks climate change is a hoax. It’s only been the last few years that [Democratic Sen. Joe] Manchin has come around to it. He doesn’t have a sense of urgency about it. I think he acknowledges there are anthropogenic effects of climate but he there’s not the sense of urgency that we need to have, so it’s ground zero. So what does it take to turn a state like West Virginia around? Well, political leadership is a big deal, but it’s also students who get it in terms of where we need to go, but then they have to go home and have those conversations with their parents and their grandparents who are still in the coal industry.

I think the evidence is becoming more overwhelming all the time. In terms of the extreme weather events we’re seeing, it’s becoming more obvious, but people are still dug in that climate change is a threat to coal.

What Gen Z Aussies Don’t Get About Climate

More than one-third of Gen Z Australians don’t seem to understand that livestock and agriculture are contributing to climate change, a new survey found.

In September 2019, millions of young people around the world participated in a global climate strike led by Greta Thunberg, including hundreds of thousands in Australia. University of Sydney researcher Diana Bogueva wondered after two years of pandemic lockdowns, were young people still thinking about climate change?

She and a team sent out an online questionnaire to young adults born between 1995 and 2002 and asked them to choose from a list everything they believe contributes to climate change. About 85 percent of them chose fossil fuels and 59 percent selected deforestation and destruction of biodiversity, but only about 38 percent indicated that livestock and agriculture were contributors.

This was surprising to Bogueva, given that the connection between agriculture, especially raising livestock, is so connected to climate change. “This is actually a known fact,” she said.

Globally, agriculture and forestry contribute to about 24 percent of total greenhouse gas emissions, according to the Intergovernmental Panel on Climate Change. Those emissions come from activities like clearing land to make room for animals to graze and crops to grow, gases emitted by the animals from digestion, soil management and fertilizer use.

Bogueva said she doesn’t know why the role of agriculture is so misunderstood by this generation, but she suspects that it doesn’t get as much attention from leading climate activists as fossil fuels.

“People are unaware, and this is like what makes my research even more important because I try to raise awareness of the fact that we don’t know,” she said. “We have to pay attention because our Earth has limited resources. And we don’t have a second planet to populate.”

In the conservative farming and industrial communities of central Pennsylvania, not a lot of conversations center on climate change. But a collection of people from all parts of this region came together last week to learn and talk about climate-related issues with their neighbors. What came out of it, organizers say, was a better understanding of the issues and a demonstration of respectful conversations on divisive topics.

The conversations took place at a deliberative forum hosted on Oct. 2, by Climate Solutions, a project by the public media collaborative StateImpact Pennsylvania, along with education institutions and a theater company.

Those are “the three planks that we would use to further this goal of connecting people with the challenges that we’re all facing that are related to climate,” said Scott Blanchard, editor at Climate Solutions, “and to try to surface solutions to get people thinking about and invested in finding solutions in this region and in their communities to help them feel empowered.”

The 24 participants were invited from a group of survey respondents who shared their thoughts on climate issues. Each was given materials to study up on before the conversations which focused on four topics: flooding, solar development, transportation and electric vehicles, and agriculture.

Blanchard said that conversations were respectful, non-judgemental and intended to be non-political. Afterward, one participant said they didn’t think much about climate change before, but now understands the importance of it; another reported feeling more optimistic about climate change after participating.

Climate Solutions will prepare a report after this event to deliver to political leaders and decision makers in the region to show how an informed public is thinking about climate change.

“We know that we need to find different ways of reaching people that go beyond the traditional news organization, like what we do every day,” Blanchard said. “That’s part of our strategy about how to get beyond the people who are already tuned into this and reach people who aren’t necessarily.” 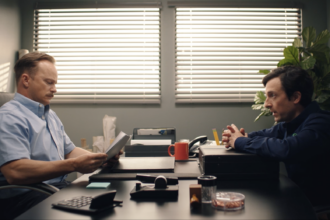