Discontent about lack of progress on climate financing for vulnerable countries spilled into the second week of climate negotiations in Glasgow during Monday’s opening session of COP26, when representatives of all 197 countries at the United Nations Climate talks had a chance to directly address conference president Alok Sharma.

How to financially aid developing countries that hold almost no historical responsibility for global warming but are most vulnerable to its intensifying impacts has been a thorny question throughout the decades of IPCC negotiations and continues to hamper full implementation of the 2015 Paris agreement. But Monday, debate about the issue grew more pointed.

Instead of rich and poor countries working together to develop a reliable financial response to the climate crisis, developing nations are “held hostage to random acts of charity,” a delegate speaking on behalf of the Alliance of Small Island States (AOSIS) told Sharma at the climate conference plenary session, where speakers are generally not identified by name, but by the countries they are from or represent.

A delegate from Peru speaking on behalf of developing countries questioned the claims made by developed nations about their increased ambition for combatting all aspects of climate change voiced during the first week of talks.

“There does not seem to be any appetite from our partners to unleash ambition when it comes to seeing through the decisions we have already reached,” he said. “They don’t want to define climate finance … they don’t want to talk about loss and damages. How can real ambition be achieved with such an approach.”

There was a flurry of finance activity at the talks Tuesday, including announcements from the United States about several new initiatives with a target of mobilizing $150 billion in climate financing. A group of 12 developed countries committed to increase funding for climate adaptation in vulnerable countries by $430 million, according to Lorena Gonzales, with the World Resources Institute. But she said how and when that money will be paid out is still not clear.

Such hazy commitments have bred skepticism, particularly after developed nations failed to make good on their promise 12 years ago to provide $100 billion a year by 2020 to help developing countries deal with climate change.

In addition to the lack of progress on the finance issue during the first week of negotiations in Glasgow, delegates from developing countries complained during Sharma’s plenary that their representatives have been unable to attend key sessions affecting their future because of space and access restrictions to prevent the spread of Covid-19. And with multiple simultaneous negotiating sessions, countries that can only afford to send small delegations often don’t have enough people to attend all the sessions.

Structural inequities have persisted since the climate talks started 30 years ago in a way that tilted the negotiating space in favor of rich countries, according to Anju Sharma, a climate policy expert with the Stockholm Environment Institute who is unrelated to Alok Sharma and has attended nearly all the annual conferences since 1997.

Like climate change itself, those hurdles are disproportionately tripping up developing countries, said a delegate speaking on behalf of the small island states during the plenary session. For example, the release of an important update last week on national pledges to cut emissions took place late at night in a small room.

“Colleagues, most of us were not there to hear it,” she said. The report’s message that pledged emissions reductions still lagged far behind what is needed and didn’t get as much attention as it should have because the countries most affected weren’t able to attend the session.

“I voice my group’s practical concern that no less than four negotiating sessions began with AOSIS not in the room because three agenda items for which we have one negotiator were happening simultaneously,” she said. “In one case our negotiator was stuck outside the room. That negotiator represents the voice of 39 parties in this process. We place our trust in the COP presidency that each group constituency has a literal seat at the table.”

The access issue is so pressing that United Nations officials tasked with making sure human rights are considered in the climate talks called on Sharma to remedy the public participation problems.

“The stakes at COP26 are far too high” to permit the exclusion of a number of stakeholders “whose voices are key to designing effective and equitable solutions to the global climate crisis,” United Nations rapporteur on human rights David Boyd wrote in a Nov. 4 letter to Sharma. “We are particularly concerned that the voices of youth, women, persons with disabilities, Indigenous peoples, and people from and living in climate vulnerable countries will not be heard because of the multiple barriers to meaningful public participation.”

In a second letter, Karim Ghezraoui, with the United Nations special procedures branch, wrote, “Many thousands of people … particularly from the Global South and countries vulnerable to climate change, were unable to reach Glasgow due to the high cost of travel, visa restrictions, Covid-19 measures, and other barriers. People who did make it to Glasgow “are encountering unanticipated and unacceptable barriers in attempting to access the COP26 venue. And once inside, they have been unable to gain access to the negotiations or government delegates.”

Sharma said Monday morning that conference organizers are redoubling efforts to ensure equitable access, but that social distancing measures to protect public health make it hard to accommodate everyone.

COP26 officials said they re-evaluated security measures to ease entry to conference facilities and updated rules for access to meeting rooms in response to the letter from the UN officials. They also noted that this year’s conference had a new online platform to allow remote access to meetings.

“The issues on the table at this COP pertaining to finance, loss and damage and keeping 1.5C in sight require those most impacted to have a seat at the table,” Essop said. Only then are they able to “scrutinise outcomes from governments, hold polluters accountable and fight to secure a safe and just future.”

The umbrella group, which represents 1,500 civil organizations worldwide, had only two people accredited during the first few days of the talks, making it physically impossible for them to attend various simultaneous sessions, said Sébastien Duyck, a senior attorney for human rights and climate change with the Center for International Environmental Law.

That means civil society can’t fulfill its intended role at COP26, Greta Thunberg wrote on Twitter. “If participation and inclusion are the measure of legitimacy, then we’re on very shaky grounds.”

COP26 dialogues about loss and damage, and adaptation, are “severely lacking representation by those who have lost their relatives, homes and lands; who are dealing with damages; and who are already adapting to the impacts of climate change,” added Jade Begay, with the Indigenous-led NDN Collective.

Both United Nations officials who wrote the COP26 president asked that conference organizers expedite the security process, significantly increase the number of seats allocated for observers of the negotiations and provide adequate access to meeting rooms so that representatives from Indigenous peoples’ organizations and civil society organizations such as environmental groups can meet with national delegations.

The access issues at COP26 intensified long-standing questions about the role of non-governmental and nonprofit organizations at the talks. While the climate negotiations are mainly done by national actors, observers from civil society groups can make interventions during important plenary meetings, or can be invited by a presiding officer to participate in the negotiations. But that can only happen if they’re in the room to begin with.

Those interventions are “where civil society organizations are often able to really address the actual discussions and to contribute meaningfully to the negotiations,” Duyck said. “The organizers of the conference have a duty, under international legal obligations, to ensure that the voices of those most impacted by climate change and by climate responses will be heard in the room.” 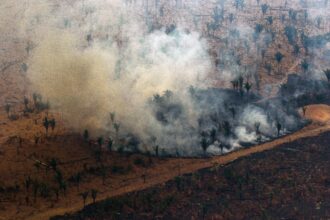 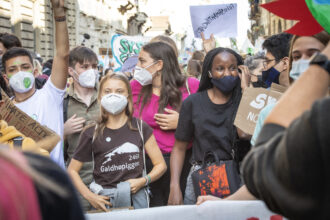