One of the near constants in the transition to clean energy has been the decline of coal as a fuel for power plants. And then 2021 happened.

For the first time since 2014, coal gained market share, part of a year in which wind and solar also made gains, according to the Energy Information Administration. Natural gas lost ground because of high gas prices, while hydropower was down because of drought and nuclear held steady, with just a small decrease.

So, about a year after I wrote that renewable energy had overtaken coal in the U.S. market for the first time in 2020, coal has now jumped back ahead of renewables. How long before they switch places again? Considering the chaos in the energy markets right now, I’m not going to guess.

To help understand the 2021 numbers, I reached out to Ben Serrurier of the carbon-free electricity practice at RMI, the research and advocacy group.

He said that any year-to-year comparisons between 2020 and 2021 need to acknowledge how unusual 2020 was, with pandemic lockdowns and a big decrease in electricity consumption. Coal, one of the most expensive fuels for electricity, took a major hit from the drop in demand in 2020, and it was able to regain some of its losses in 2021.

But the long-term outlook for coal has not changed.

“If you look at the coal trend overall, it’s a secular decline,” Serrurier said.

To underscore this, he noted that power companies have said they plan to close more than 70 gigawatts of coal-fired power plants by 2028, which is about one-third of all coal plant capacity in the country. The plants that are closing tend to be the oldest and most expensive to operate.

If coal is on the decline, then why did power companies increase their use of it in 2021? The answer is that the cuts in coal use in 2020 were so deep that some recovery was not a surprise. And, coal benefited from the rising price of natural gas, which made coal more economically competitive than it had been before.

Almost every state with a significant presence of coal-fired power plants had an increase in electricity generation from coal in 2021. Illinois, Michigan and Pennsylvania stand out, with increases of at least 25 percent each. At the same time, Ohio’s electricity generation from coal was up just 2 percent and Wyoming’s was down 4 percent, likely because of plants that closed or were offline.

Electricity generation from renewable energy was 826,387 gigawatt-hours in 2021, up 5.5 percent from the prior year, but it wasn’t enough of an increase to stop from being passed by coal.

Wind energy was the leading renewable electricity source, producing 379,767 gigawatt-hours, up 12.4 percent from the prior year.

It was followed by hydropower, with 260,225 gigawatt-hours, down 8.8 percent. Hydropower decreased because of drought in the West, which lowered water levels to the point that some hydroelectric dams produced much less electricity than before.

I think the decrease in hydropower is an underappreciated problem for the transition to clean energy. One example is how water levels in Lake Powell, on the Utah-Arizona border, have fallen so low that the hydropower plant at Glen Canyon Dam may not be able to operate.

Serrurier explained the significance, pointing out that the decrease in hydropower last year, about 25,000 gigawatt-hours, has the effect of canceling out the increase from utility-scale solar, which was about 26,000 gigawatt-hours.

Small-scale solar power, which are projects with capacity of 1 megawatt or less, generated 49,025 gigawatt-hours, up 18.1 percent. Much of this total is rooftop solar systems on homes and businesses.

As I write this, prices for oil, gasoline and natural gas are soaring, and coal prices are high. Considering how unsettled the market is, I know better than to try to predict what the electricity generation numbers may look like for the rest of 2022.

But the current volatility does help to show the benefits of renewable energy. When fuel costs are volatile, it’s a comfort to be relying on power plants that have none.

Will the Ukraine War Derail the Green Energy Transition?: Four months ago, at the conclusion of the COP26 summit in Scotland, world leaders seemed to be in agreement about the need to reduce use of fossil fuels. But events since then have undermined that sense of progress, as Leslie Hook and Neil Hume report for the Financial Times. Russia’s invasion of Ukraine has left governments in Europe scrambling to reduce their use of Russian oil and gas and reconsidering timelines and commitments to move away from fossil fuels. Pete Betts, a former lead negotiator for the European Union and the United Kingdom at climate talks, said the war has diminished the countries’ ability to focus on climate pledges, but he sees potential that the war has led to a new sense of urgency about the need to make a transition away from oil and gas. “I think climate will be seen as being part of energy security much more,” he said.

Florida Bill Could Obliterate the State’s Rooftop Solar Industry: A bill making its way through the Florida Legislature threatens to undermine the growth of rooftop solar. The utility-backed measure would change rules for net metering, which would reduce the compensation solar owners receive for sending excess electricity back to the grid, as Elizabeth Djinis reports for Canary Media. Solar industry leaders say the bill is bad for consumers at a time when the industry was just beginning to gain momentum in the state.  “It’s not like people are getting rich off solar,” said Justin Vandenbroeck, president of the Florida Solar Energy Industries Association. ​“They’re just stabilizing their electricity costs. Any modification to net metering today would be detrimental to our industry.”

Environmental Groups Are United In California Rooftop Solar Fight, with One Notable Exception: A policy debate over rooftop solar subsidies in California is pitting one of the largest environmental groups in the world, the Natural Resources Defense Council, against dozens of its peers in environmental advocacy. The NRDC has joined with utility companies to call for major cuts in rooftop solar subsidies, provoking denunciations from other environmental advocates who say utilities are using NRDC to greenwash their agenda, as ICN’s Anne Marshall-Chalmers and I report. “It’s very obvious that [NRDC is] a utility puppet,” said Karinna Gonzalez, climate justice policy advisor for Hammond Climate Solutions in San Diego.

A Natural Gas Giant Is Waging A Sneaky War On A Minor Colorado Climate Policy: Coloradans for Energy Access is an industry-run nonprofit that seeks to recast gas companies’ concerns as grassroots activism. The group is fighting against a proposal in the Colorado Legislature to end subsidies for new gas lines. Leaked audio from a meeting held by the group reveals that Texas-based utility Atmos Energy is playing a central role, as Alexander C. Kaufman reports for HuffPost. The situation in Colorado is indicative of what is happening in many states as the gas industry fights back against attempts to reduce the use of gas in buildings.

Carmakers Race to Control Next-Generation Battery Technology: U.S. automakers and their suppliers are competing to develop a new generation of electric vehicle batteries that can pack in more energy and recharge faster. The companies are using financial support from the government in a quest to design and build new batteries, as Jack Ewing and Eric Lipton report for The New York Times. “This is going to be the new brand differentiation going forward—the battery in electric vehicles,” said Hau Thai-Tang, chief product platform and operations officer at Ford. “So we’re making a huge effort.” 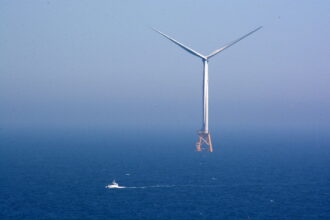 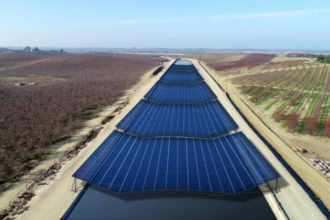 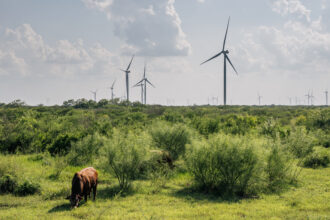