Ocean heat content reached a new record high for the fourth year in a row, scientists said Wednesday as they released their annual measurements of ocean heat accumulating down to a depth of more than a mile.

The findings published in the journal Advances in Atmospheric Science show that just in the past year, the planet’s seas absorbed about 10 Zetta joules of heat—equivalent to 100 times the world’s total annual electricity production.

The scientists found that the warmth keeps working its way deeper into the ocean, as greenhouse gases have trapped so much heat that the oceans’ deeper waters will continue to warm for centuries after humans stop using fossil energy.

Oceans cover 71 percent of Earth’s surface and have absorbed more than 90 percent of the heat energy trapped by greenhouse gases since the start of the industrial age, dominating the global climate system. Measuring their temperature is one of the best ways to accurately track how Earth’s fever has kept rising since 2016, when the global average surface temperature peaked.

Co-author John Fasullo, a climate scientist with the National Center for Atmospheric Research, said there are still open technical questions about the use of ocean heat content as a metric of climate change, “but our expectation is that ocean heat content more clearly resolves the march of climate change relative to other indices, such as surface temperature, which have more year to year variability.”

Since most of the heating from global warming is accumulating in the oceans, it’s a logical place “if you’re looking for a clear measure of our warming climate,” said co-author Michael Mann, director of the Center for Science, Sustainability & the Media at the University of Pennsylvania. “And our latest analysis shows that ocean heat content sets record after record, consistently every year,” regardless of other factors that cause the global average surface temperature to fluctuate within the overall upward trend.

Mann said another way to understand the amount of heat trapped in the oceans by global warming in 2022 is to visualize it as equivalent to the energy of seven nuclear bombs exploding every single second of the year.

The average global surface temperature has wavered just below the 2016 peak in recent years, with 2022 now on record as the fifth-warmest year, according to another report released yesterday by the European Union’s Copernicus Earth Monitoring Service.

But “global warming continues and is manifested in record ocean heat,” said Lijing Cheng, lead author of the new ocean heat study and a researcher with the Chinese Academy of Sciences. Cheng said regional salinity and precipitation extremes also increased, with all indices showing a “continuing increase in intensity of the hydrological cycle,” he added.

That intensification is linked with recent climate extremes, said co-author Kevin Trenberth, an atmospheric scientist with the National Center for Atmospheric Research and the University of Auckland.

“It’s time to focus on that aspect,” he said. “It brings out the fact that it’s the interaction between the warming ocean and the overlying atmosphere that is producing these prodigious rainfalls that have occurred in so many places around the world recently.”

He said last summer’s floods in Pakistan, some of the most destructive flooding on  record, were related to moisture evaporating from overheated ocean water and moving over  land, as are the recent series of wet storms flooding  vast tracts of Western Australia and pummeling the West Coast of North America with giant waves and record rainfall from successive atmospheric rivers.

Almost simultaneously, other regions have experienced longer and more intense droughts leading to wildfires and crop failures. The floods and droughts reflect the similar pattern of growing ocean salinity extremes. In some ocean regions, notably parts of the Pacific, it’s raining more, which freshens the water, while in other areas, more evaporation and less rainfall leads to saltier water.

While it might seem redundant to repeat the ocean temperature measurements each year, Fasullo said that the work is important at a time when many people still question basic climate change science.

“These updates provide an important confirmation that anthropogenic climate change continues unabated,” he said. “They also draw attention to the impacts that go along with ocean warming, like sea level rise, marine heatwaves, rapid intensification of cyclones, drought, fire, and heat extremes.”

Trenberth said the new paper also helps show the links between regional differences in ocean heat and regional extremes, which have been devastating on land and in the ocean.

“What happens is that you have these ocean regions that are heating up,” and if the surges in warming last long enough, “they become marine heat waves,” he said. One of the first such events that was carefully documented in the Pacific was the so-called heat blob that started in 2013 and persisted through 2015.

“There was a huge disruption of all of the marine life, from the phytoplankton and zooplankton, to fish, marine mammals and birds and whales,” he said. “There were huge losses of humpback whales. And what, 100 million or something cod were believed to have been lost in that event.” The links between rising ocean heat and impacts to communities on land are also growing more clear, he added.

“One of them we documented in detail was in association with Hurricane Harvey,” he said. The August 2017 hurricane devastated the Houston region with flooding after intensifying over the Gulf of Mexico, which was the warmest on record at the time, he added.

“We were able to determine how much heat there was there, and we were able to determine for the first time that the latent heat released the rainfall that occurred in association with Hurricane Harvey, which was, in some cases, up to 60 inches,” he said. “That water had basically come from evaporation out of the Gulf of Mexico.”

Similarly, he said, “We had the example last year in the Arabian Sea, with the development of the Asian monsoon, and tremendous rainfall in Pakistan and that water all had to come from somewhere. And in this case, it’s mostly coming out of the tropical Indian Ocean.

All the heat building in the ocean could also contribute to the next big spike of Earth’s average annual surface temperature, which is the most common way to measure global warming.

Right now, we’ve got this huge buildup of heat in the Tropical Western Pacific,” he said, “and it’s sort of primed, I think, for the next El Niño,” the warm phase of a Pacific Ocean temperature cycle that often helps propel global temperatures readings to new records.

Mann said the next strong El Niño could also temporarily push the global average above the 1.5 degrees Celsius warming limit set by the Paris Agreement.

“It is likely that any large positive fluctuation like a big El Nino event will lead to a new record global temperature,” said Mann. “And yes, we’re close enough that a large positive fluctuation will temporarily put us above 1.5C. But that is not what we mean when we talk about limiting warming to 1.5C,” he added. “In that case, we’re talking about the trend line, not individual years. And the trend line won’t breach 1.5C for a decade or two, and we can keep it below 1.5C if we dramatically reduce carbon emissions.” 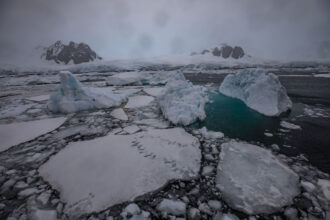 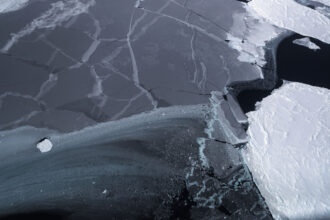 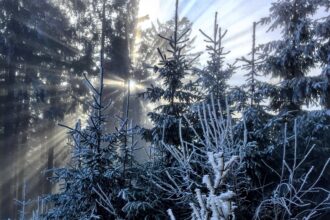