Relying more on natural gas than on coal would not significantly slow down the effects of climate change, even though direct carbon dioxide emissions would be less, a new study has found.

Burning coal emits far more climate-warming carbon dioxide than natural gas does, but it also releases lots of sulfates and other particles that block incoming sunlight and help cool the Earth, according to a study to be published in the peer-reviewed journal Climate Change Letters in October.

“Relying more on natural gas would reduce emissions of carbon dioxide, but it would do little to help solve the climate problem,” said Wigley, of the National Center for Atmospheric Research and the University of Adelaide in Australia.

“It would be many decades before it would slow down global warming at all, and even then it would just be making a difference around the edges,” he said.

A global, partial shift from coal to natural gas would speed up global warming slightly through at least 2050, even with no methane leaks from natural gas operations. If there were substantial methane leaks, the acceleration of climate change would continue through as late as 2140, according to Wigley’s computer simulations.

After that, the switch to more natural gas would start to slow the increase in average global temperature, but only by a few tenths of a degree, he said.

The number of rigs drilling for natural gas in the United States fell by three this week to 892, the third straight weekly decline, according to oil service firm Baker Hughes.

This includes rigs used to exploit natural gas contained in the vast Marcellus shale formation in the mid-Atlantic and Northeast through hydraulic fracturing, also known as fracking. Critics blame the process for polluting underground water supplies; the industry disputes this.

The Center for American Progress has characterized natural gas as a “bridge fuel” that could ease the shift to greener energy in the United States.

With less than half the carbon dioxide emissions of coal, the center said a transition to natural gas trucks and buses could cut oil use by at least 1.2 million barrels per day by 2035 if U.S. legislation were passed to encourage the shift.

But Joe Romm, who blogs at Climateprogress.org, a project of the Center for American Progress, says this latest study should be sobering.

“If your goal is to avert serious catastrophic global warming, then natural gas is not a bridge fuel,” Romm said.

“What this study shows … is the way people think about natural gas is just wrong, and that from a climate perspective, you have to get off of all fossil fuels as quickly as possible.” 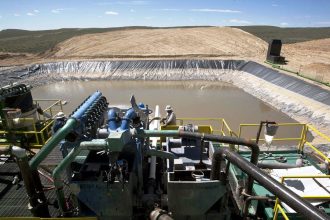 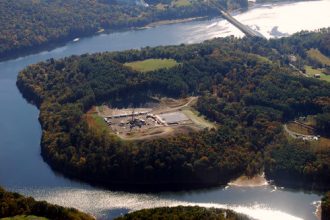 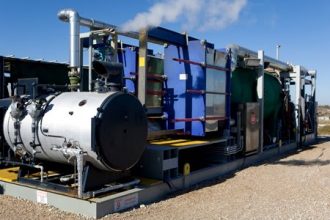