POINT OF ROCKS, Wyoming—On a mid-June afternoon in the dusty plains of southwest Wyoming a team of oil drillers got the final thumbs-up to begin boring deep into the earth. As of yesterday they were more than 90 percent of the way to reaching their goal of drilling a test well 2.5 miles below the surface.

But this is not any old well.

The crew from Baker Hughes, the Houston, Texas-based oil services company, is not even searching for oil but something far more elusive: a leak-proof place to permanently store carbon dioxide emissions from coal-burning power plants to curtail global warming pollution.

The effort is part of the Wyoming Carbon Underground Storage Project, or WY-CUSP. Fourteen years in the making, the project is being closely watched to see if it can overcome the financial and technical challenges that have plagued other carbon capture and and sequestration (CCS) plans in the United States.

Up until last month, American Electric Power’s Mountaineer CCS plant in New Haven, W.Va. had grabbed the lion’s share of industry attention. It was the nation’s most advanced attempt at capturing CO2 from the 31-year-old coal plant’s exhaust gases and burying it in the deep-rock sandstone there. But on July 13, citing an uncertain U.S. climate policy and the continued economic downturn, AEP shelved the project.

Ron Surdam, director of the University of Wyoming’s Carbon Management Institute (CMI), which manages WY-CUSP, believes his team’s project is worthy of a different fate than AEP’s pilot. “We think we’ve got a world class place to store CO2,” he told SolveClimate News.

But while the focus of attention may be shifting to WY-CUSP, it, too, faces enormous hurdles, and commercialization of CCS — touted by many as a critical national energy policy — remains a distant and uncertain prospect. Even if WY-CUSP succeeds in identifying a massive underground storage location for CO2, that is only half the battle — and perhaps the easier one to win for this technology.

First conceived by Surdam and colleagues in 1997, WY-CUSP’s $16.9 million first phase landed $5 million from DOE in September 2009. Helping matters was the Waxman-Markey cap-and-trade bill, which passed the U.S. House in June of that year and included $2.4 billion in incentives to entice coal-fired plants to test out CCS.

With industry matches from the state of Wyoming and Baker Hughes — as well as employee time and equiment from EMTEK, a developer of pipeline technologies, and Geokinetics, which provides seismic services to the petroleum industry — CMI signed a contract with DOE in December 2009.

Among the project’s developers optimism is high. Some key reasons are the high porosity and permeability of the reservoir, which makes it easier for CO2 to slip into the spaces in rocks, as well as its massive size.

Surdam told SolveClimate News that Wyoming’s Rocks Springs Uplift geological formation — the 2,000-square-mile area where the project is located — may be capable of storing up to 26 billion tons of CO2.

“[That] is very large but not unthinkable,” said Jon Gluyas, the Dong/Ikon Chair in Geoenergy Carbon Capture & Storage at Durham University’s Center for Research into Earth Energy Systems in the UK.

To put that number in perspective, the BP Statistical Review of World Energy of 2010 says the United States annually produces more than 6 billion tons of CO2 from burning coal and other fossil fuels, meaning that this site could hold roughly four years’ worth of U.S. CO2 emissions, or all of Wyoming’s carbon output for the next 458 years.

Surdam said simulations indicate that the uplift’s 100-square-mile Weber formation, home to WY-CUSP’s test well, can absorb 15 million tons a year. That is fifteen times the current storage at the Sleipner gas field in Norway, the longest-operating and largest sequestration project in the world.

Phase one will evaluate both the Weber formation and the lower Madison formation, another deep-saline aquifer in the Rock Springs Uplift, for potential commercial-scale storage.

Surdam said he sees positive data so far. Over the past month and a half, the team has pulled up sample cores as the drill passed through different sections of rock. One core extracted from the Dinwoody formation, which sits above the Weber and Madison formations and will act as a kind of seal to keep CO2 from leaking out and up, came back with no fractures other than ones created by the drilling.

Previously, the Dinwoody had proved successful in trapping helium, another, much lighter gas, which spells good news for its ability to store CO2.

“We’ve got this wonderful seal. We’ve got the volumetrics going for us. We’ve got the right reservoir conditions. And in every test that we’ve thrown at it thus far, it’s passed with flying colors,” Surdam said.

Dahl of CMI added that among all the test sites in the United States, WY-CUSP’s location thousands of feet below the water table — far from groundwater aquifers and a population center — makes it particularly desirable. “We’re not setting it underneath a million people,” Dahl said. “People get nervous about stuff like that.”

Surdam expects it will take scientists roughly six months to a year to analyze the well. They will look for key characteristics in the rock, including, among other things, how easily and at what speed CO2 can be pumped into the formation’s pores and how much pressure the rock can stand without fracturing.

If all goes well, the project will move to phase two, which will last another several years. It will involve trucking in liquid CO2 manufactured by Praxair, a producer of industrial gases with a nearby facility, and injecting it into a tiny fraction of the rock’s pores to observe whether CO2 is leaking.

Like other saline aquifers that haven’t been extensively drilled, the probability of CO2 migration in the Madison and Weber formations is relatively slim, said David Hughes, a fellow at the Post Carbon Institute, a think tank that promotes low-carbon technology. Still, WY-CUSP will have to prove that CO2 can be safely contained before the project can be commercialized.

“We’ll monitor the pressure and then we’ll do a 3-D seismic,” Dahl said. She described the seismic test as an underground ultrasound that will observe whether the Dinwoody cap seal is trapping the gas. WY-CUSP will monitor the site for a minimum of three years.

Sam Krevor, executive director of the Stanford Center for Carbon Storage, said there is plenty of evidence from both natural and industrial process to suggest that CO2 can be kept underground safely and permanently.

Firs of all, “there are a large number of CO2 reservoirs where CO2 has been stored naturally for millions of years, and these types of underground reservoirs  exist all over the place,” he said. On top of that, the oil industry in the United Sates has been annually injecting millions of tons of CO2 into the ground to get at oil that can’t be extracted by easier methods, Krevor continued. “Much of that has been staying underground, and that’s on a 20-year time scale.”

As well, the movement of CO2 in pilot sequestration projects in Norway, Algeria and in Canada have so far met the expectations of researchers, he said.

For WY-CUSP, though, executing that crucial safety test depends on funds it doesn’t have. For phase two, it would need to secure $45 million in state funding and $45 million in matching funds from its corporate partners, said Dahl.

What About the Capture?

Even if WY-CUSP completes the sequestration part of its mission, the eventual next step — capturing CO2 from a coal plant before the emissions leave the smokestack — is guaranteed to be both more costly and technically problematic than the storage research.

WY-CUSP is an obvious site for burying emissions from Pacific Corp’s nearby Jim Bridger coal-fired plant, Wyoming’s single largest source of carbon pollution, though there are no commercial plans yet to build a carbon-capture plant there.

If that were to change, the project, or any similar effort, would face the same core challenges faced by all CSS pilots — the enormous expense involved in removing CO2 from power plant exhaust, purifying the gas, compressing it into a supercritical liquid, and piping it to a permanent reservoir like the type WY-CUSP hopes to become. That means Wyoming could be left with a huge storage facility and no way to financially capture CO2 and pump it into the reservoir.

Most experts agree that without Congressional action to put a price on carbon there are few incentives to encourage steady investment and change the bleak financial picture for CCS, especially in this current economic climate.

“[CCS] is not going to be a volunteer effort,” said Krevor. “If there is no price on carbon, if there is no regulatory, incentive or financial incentive to do this, this will not happen.”

AEP spokesperson Pat D. Hemlepp told SolveClimate News that it won’t consider restarting its CCS project until a climate change law gets passed. “When they pass a federal climate bill, AEP will likely start again its project in West Virginia.”

Thomas Welch of the DOE press office said in an email that the agency is interested in a voluntary carbon market as a method to help commercial-scale projects move forward.

But whether a carbon trading plan could cut costs fast enough and give companies enough of a business reason to keep the technology afloat remains unclear.

One report released last month by Zero Emission Platform, a Brussels-based organization that studies and promotes CCS, said the technology could reach economic viability by 2020, but only if the price of carbon triples from the current average of roughly $17 per ton in 10 years and/or if CCS projects begin to sell carbon credits on a voluntary carbon market.

This seemingly endless road of financial uncertainty for CCS has some analysts looking elsewhere to help reduce coal plant emissions. For his part, Hughes of Post Carbon Institute favors “ultra-supercritical” coal combustion, which he calls the most-efficient coal-burning technology in the world today.

The technology can burn 25 percent less coal than a conventional facility and emits 25 percent fewer CO2 emissions per unit of energy produced, he said. Another option is co-generation, in which waste heat is captured, substantially cutting the amount of coal needed to be burned to get the same amount electricity, Hughes added.

But investing in energy efficiency should be the top priority, he said. “The number one thing we have to do is figure out how to use a lot less coal.” 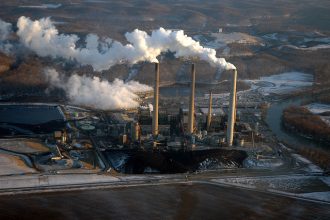 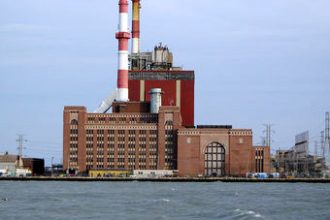 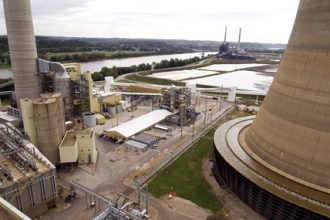 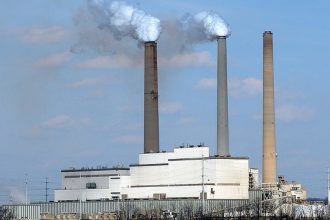