AUCKLAND, New Zealand—Fears that New Zealand could face a large-scale environmental crisis have escalated as the oil leaking from the container ship Rena into the sea off the Tauranga coast increased by as much as ten-fold.

The news came as the vessel’s remaining crew were evacuated following a mayday alarm amid heavy swells.

The New Zealand environment minister, Nick Smith, said the fresh release of oil into the sea meant the Rena spill was the country’s most serious ever maritime environmental disaster.

Speaking at a media conference on Tuesday afternoon, he said the consequences had been “inevitable” since the ship ploughed into the Astrolabe reef in calm waters in the North Island Bay of Plenty last Wednesday morning.

A new rupture to one of the ship’s main fuel tanks released between 130 and 350 tons of heavy oil into the water, according to officials who conducted a flyover of the freighter. More than 1,600 tons of fuel remain aboard. The fresh damage was caused after the ship’s hull dragged in heavy winds and swells of up to four meters.

The continuing movement of the hull has raised fears that the 47,000-ton vessel could break up, triggering an environmental and ecological catastrophe. The mayday alarm and evacuation by helicopter of the remaining crew early on Wednesday added to speculation that the vessel might be close to fracture.

Salvage operator Maritime New Zealand was quick to state, however, that the operation was a “standard precautionary measure,” expedited by weather conditions, and there remained “no obvious signs of deformation.”

The list of the vessel had in fact corrected from 11 degrees to between three and six degrees, meaning that “the containers have become more stable, as they are now more upright,” it said in a statement.

Shortly before 7pm on Tuesday evening, however, the ship tilted again in heavy seas, leaving it listing 15 degrees to starboard, accordingly to a report on TV3 News.

The Rena is carrying 1,368 shipping containers, of which at least 22 contain hazardous goods, according to the transport minister, Steve Joyce.

Officials have reiterated their instruction for locals to avoid visiting the coastline, where oil has been surfacing since Monday afternoon. A team of about 100 people has begun to clean up the oil from the popular swimming beach at Mount Maunganui, but the current are expected to push the slick at least as far south as Maketu, 20 miles down the coast from Mount Maunganui.

Salvage teams suspended the pumping of fuel from the stricken vessel just hours after they began on Tuesday in the face of deteriorating weather, but hope to resume the operation in the coming days, with forecasts suggesting milder conditions.

The salvage plan entails three phases: the removal of oil, followed by the removal of containers and finally the flotation of the vessel itself. The operation is expected to last many months.

A number of concerns have been raised about the seaworthiness of the Rena. The New Zealand Maritime Union has claimed the vessel’s problems may have included incorrect charts, while Joyce has confirmed that deficiencies had been identified by inspectors in China in July, and again last month in Australia. Maritime New Zealand had inspected the ship at Bluff, in the south island, however, and passed it fit for sail.

The Greece-based owners of the ship, Costamare Inc, said in a statement they were “cooperating fully with local authorities and every effort is being made to control and minimise the environmental consequences of this incident.” 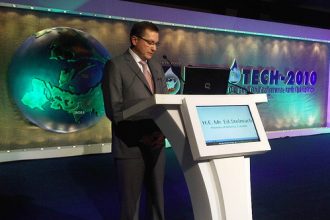 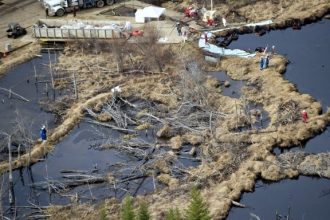