As harsh as the current long-running California drought has been, conditions in the American West will substantially worsen in coming years, according to new research.

Later this century, the American Southwest and Central Plains are likely to experience catastrophic drought worse than any in the last millennium, according to research published today by scientists from NASA, the Lamont-Doherty Earth Observatory and Cornell University. The hotter and dryer conditions will be “driven primarily” by human-caused climate change and could be so severe that communities will struggle to adapt, the study finds.

Eugene Wahl, a paleoclimatologist at the National Oceanic and Atmospheric Administration in Boulder, Co., called the results “stunning.”

“It is clear that they are seeing drought, especially in the Southwest, as being greater than any time in the past,” Wahl said. “It is also clear that it is the higher temperatures in the future that are driving it.”

Wide swaths of the Western U.S. have already been crippled by drought in the past decade—though controversy reigns about whether it results from human-caused global warming or a natural cycle. Water supplies are shrinking, stifling the region’s agriculture and forcing communities to restrict water use. Last month was the driest January on record for California, and the Sierra Nevada snowpack is historically low, essentially ensuring that 2015 will be another drought year.

According to the new research, droughts in the Southwest and Central Plains will only worsen during the second half of this century. The closest comparison is to the 1930s Dust Bowl or 1950s drought, but lasting 35 years instead of just a few.

“Our results point to a markedly drier future that falls far outside the contemporary experience of natural and human systems in Western North America, conditions that may present a substantial challenge to adaptation,” the authors write.

The study was written by Ben Cook from NASA’s Goddard Institute for Space Studies, Toby Ault from Cornell University and Jason Smerdon from the Lamont-Doherty Earth Observatory at Columbia University. The findings build upon a body of scientific literature showing that the western half of the U.S. will face challenging drought conditions in decades to come, said Marty Hoerling, a research meteorologist at NOAA.

Cook and his colleagues used 17 climate models to project and study future drought. They also compared the results of two global warming scenarios: One with greenhouse gas emissions continuing to rise and one with emissions reduced. Their findings were largely the same for both cases—decades-long, severe drought.

The researchers then compared the modeled future droughts with historical ones, based on findings from the study of hundreds of North American tree rings giving clues about the region’s climate dating back 2,005 years.

The results indicate the droughts likely to hit the U.S. in the second half of this century could be more extreme than the “megadroughts” that devastated the continent in the 12th and 13th centuries. These droughts are believed to have contributed to the decline of the Ancient Pueblos civilization on the Colorado Plateau.

One reason the late-21st century droughts will be so challenging to overcome, the authors said, is that humans are already mismanaging the region’s water for electricity, industry and agriculture. Groundwater has already been depleted in many areas, as have above-ground reservoirs such as Lake Mead and Lake Powell. The existing situation will only act to exacerbate the impacts of future drought, they found.

Ault of Cornell said that such a scenario demands that local, state and federal governments look at drought as a natural disaster, similar to hurricanes and earthquakes. Officials should create preparedness plans sooner rather than later. 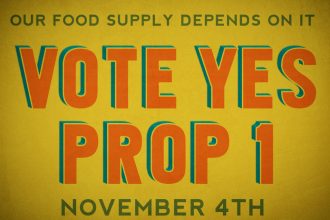 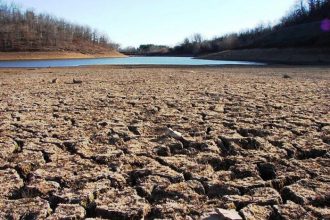