The federal program overseeing climate change research has won an important endorsement from the authoritative National Academies of Sciences, Engineering and Medicine just as it faces the threat of budget cuts under the Donald Trump administration.

An expert National Academies review panel issued a ringing endorsement of the work of the United States Global Change Research Program, calling the interagency program’s recent draft overview of the science “impressive, timely and generally well-written.” That draft was  issued in the closing days of the Obama Administration, and was intended both as an up-to-date benchmark for the scientific consensus and to help set future research priorities.

The reviewers said they were “impressed with the breadth, accuracy and rigor of the draft.”

If anything, the National Academies panel urged the USGCRP to emphasize the urgency of bringing carbon dioxide emissions rapidly to zero.

Instead, the Trump administration is signaling that it would rather bring climate research itself to zero, at least at the Environmental Protection Agency, a key participant in the USGCRP.

Trump’s draft budget for the EPA called for eliminating its work for the interagency research program.

The National Academies’ conclusions, like those in the draft it reviewed, describe the broadly accepted scientific reasoning to support urgent climate action. It called some of the evidence “new and significant,” including record temperatures, accelerated Arctic melting, better attribution of extreme weather events to human causes and a worsening outlook for rising seas.

The 119-page National Academies review was written by 11 experts, mostly working in academia. They offered scores of nitty-gritty recommendations for making the report more comprehensive—and more comprehensible. “As with any report written by a committee, an editing pass will improve consistency and readability,” said the reviewers.

But their key insight was the need to put the big picture in a nutshell in Chapter 14. That is where the USGCRP describes the implications of the Paris climate agreement and the path toward limiting the damages of global warming.

“The chapter’s key findings largely miss the opportunity to make what could be the chapter’s central point,” the reviewers said. “A consequence of the essentially permanent nature of warming from CO2 is that stabilization of CO2 at any given concentration can only be achieved if CO2 emissions fall to zero.”

That point doesn’t come across clearly enough in the chapter, the review concluded. “Specifically, it is important to emphasize the point that, for any mitigation goal, slower action in the near term requires more aggressive reductions or larger negative emissions later in the century.”

Coming from one of the world’s most august scientific organizations that is specifically charged with giving apolitical advice to the U.S. government, the message may resonate at a time when science itself is under political challenge. 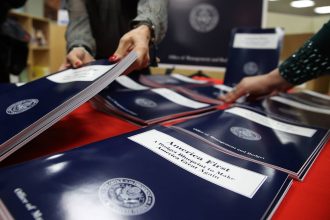 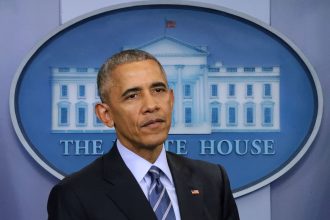