The Environmental Protection Agency announced new rules on Thursday to significantly reduce methane emissions from new oil and gas facilities as well as those undergoing modifications. The regulations are the first federal standards aimed at curbing methane, a powerful greenhouse gas, emitted by oil and gas production.

The rules, which were first proposed last year, will require oil and gas companies to monitor and limit the release of methane into the atmosphere at production, processing and transmission facilities. The new standards are part of an Obama administration goal to reduce methane emissions from the industry by 40-45 percent by 2025.

“Today, we are underscoring the Administration’s commitment to finding common sense ways to cut methane—a potent greenhouse gas fueling climate change—and other harmful pollution from the oil and gas sector,” EPA Administrator Gina McCarthy said in a statement. “Together these new actions will protect public health and reduce pollution linked to cancer and other serious health effects while allowing industry to continue to grow and provide a vital source of energy for Americans across the country.”

Reducing emissions of methane, the primary component of natural gas, is key to combatting climate change. Methane is a short-lived climate pollutant that is 86 times more potent than carbon dioxide as a greenhouse gas over a 20-year period, and 34 times more powerful over 100 years. The new standards would also cut associated pollution including volatile organic compounds like benzene, which is a carcinogen.

The rules are “an important step to protect our climate and the health of nearby communities,” Lauren Pagel, policy director at the environmental group Earthworks, said in a statement.

Earlier this year, the Obama administration announced a partnership with Canada to cut methane from existing oil and gas operations.

Those rules will be equally important, environmentalists said.

“We need to build on today’s announcement by extending these same level-headed standards to thousands of existing facilities that are still exempt despite generating millions of tons of methane pollution a year,” Fred Krupp, president of the Environmental Defense Fund, said in a statement.

The Bureau of Land Management will finalize rules later this year that would reduce methane from new and existing oil and gas wells on federal lands. Most oil and gas development, however, occurs on privately owned land.

“Even when they are finished with this current round, 75 percent of the oil and gas equipment would still not be regulated,”  said Conrad Schneider, advocacy director for the Clean Air Task Force, a Boston-based environmental organization. “They cannot achieve their international commitments and targets without regulating existing sources.”

The EPA also said on Thursday it will begin collecting information from oil and gas companies on emissions from existing infrastructure and available control measures, a first step in crafting a new regulation for existing facilities.  McCarthy said this will continue through 2016, ruling out the possibility of enacting those regulations before the end of the Obama administration early next year. The rules would then be subject to the next president’s policies.

Environmental advocates said they would continue to pressure the agency to move quickly on the new rules.

“We will remain steadfast in our efforts urging EPA to move expeditiously on its commitment to address existing sources of this highly potent greenhouse gas,” Michael Brune, executive director of the Sierra Club, said in a statement.

The methane regulations are part of a larger pledge made by the administration under the Paris climate agreement agreement to cut overall greenhouse gases, including carbon dioxide and other pollutants, by 26 to 28 percent from the 2005 level by 2025. Current and pending methane regulations do not, however, address methane from agriculture, the second-largest source of the gas in the U.S. after the oil and gas industry.

Most of the industry’s methane pollution comes from leaks and intentional venting that can be identified and curbed with existing, low-cost technology and better maintenance, Natural Resources Defense Council spokeswoman Kate Kiely said in a statement.

“Imposing a one-size-fits-all scheme on the industry could actually stifle innovation and discourage investments in new technologies that could serve to further reduce emissions,” Kyle Isakower, vice president of regulatory and economic Policy at the American Petroleum Institute, said in a statement.

The ultimate goal, some environmentalists said, should be to end fossil fuel use entirely.

“It’s essential to remember that no matter how stringent our methane pollution controls, burning fossil fuels pollutes the climate,” Pagel of Earthworks said. “That’s why there’s no substitute for replacing fossil fuels as quickly as possible with truly clean energy alternatives like renewables and conservation.” 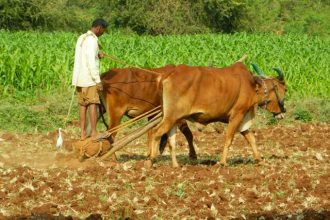 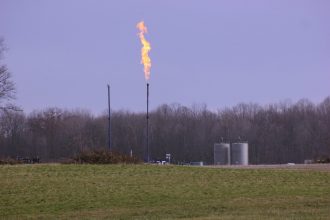