An Environmental Protection Agency panel of independent scientists has recommended the agency revise its conclusions in a major study released last year that minimized the potential hazards hydraulic fracturing poses to drinking water.

The panel, known as the Science Advisory Board (SAB), issued on Thursday its nearly yearlong analysis of a June 2015 draft EPA report on fracking and water. In a letter to EPA Administrator Gina McCarthy that accompanied the analysis, the panel said the report’s core findings “that seek to draw national-level conclusions regarding the impacts of hydraulic fracturing on drinking water resources” were “inconsistent with the observations, data and levels of uncertainty” detailed in the study.

“Of particular concern,” the panel stated, was the 2015 report’s overarching conclusion that fracking has not led to “widespread, systemic impacts on drinking water resources in the United States.” The panel said that the EPA did not provide quantitative evidence to support the conclusion.

When the draft water study was issued last year, the oil and gas industry seized upon the conclusion to back its contention that fracking does not pose a threat to water.

In a blog post responding to the SAB’s analysis, the industry group Energy in Depth maintained that the draft study’s topline claims on fracking’s water pollution stand. “The panel does not ask EPA to modify or eliminate its topline finding of ‘no widespread, systemic impacts’ to groundwater from fracking,” it wrote.

The EPA said it would weigh the SAB’s recommendations and that it aimed to publish  the final report before the end of the year. “EPA will use the SAB’s final comments and suggestions, along with relevant literature published since the release of the draft assessment, and public comments received by the agency, to revise and finalize the assessment,” spokeswoman Melissa Harrison said in an email.

Environmentalists welcomed the SAB’s assessment of the draft study and said they hoped it would lead to changes in the report’s conclusions.

“The EPA failed the public with its misleading and controversial line, dismissing fracking’s impacts on drinking water and sacrificing public health and welfare along the way,” said Hugh MacMillan, senior researcher at Food & Water Watch. “We are calling on the EPA to act quickly on the recommendations from the EPA SAB and be clear about fracking’s impacts on drinking water resources.”

The SAB’s report criticized the draft study on a range of fronts. In particular, the panel said that the EPA erred by not focusing more on the local consequences of hydraulic fracturing. “Local-level impacts, when they occur, have the potential to be severe,” the panel wrote.

The EPA should have more thoroughly discussed its own investigations into residents’ complaints of water contamination in Dimock, Pa., Parker County, Texas and Pavillion, Wyo., the panel said. In both cases, EPA scientists and consultants had found early evidence of contamination, but the agency ended the investigations before further monitoring or testing could be done.

“Examination of these high-visibility cases is important so that the reader can more fully understand the status of investigations in these areas, conclusions associated with the investigations, lessons learned, if any, for the different stages of the hydraulic fracturing water cycle, what additional work should be done to improve the understanding of these sites,” the SAB wrote.

The SAB’s assessment is part of the peer review of the nearly 1,000-page draft assessment issued by the EPA to address widespread public concern about the possible effects of fracking on drinking water. The panel’s 30 members are drawn from academia, industry and federal agencies. The panel lacks the authority to compel changes to the report and can only issue recommendations to the EPA.

The EPA water study, launched five years ago at the behest of Congress, was supposed to provide critical information about fracking’s safety “so that the American people can be confident that their drinking water is pure and uncontaminated,” a top EPA official said at a 2011 hearing.

But the report was delayed repeatedly, largely because the EPA failed to get any prospective (or baseline) samples of water before, during and after fracking. Such data would have allowed EPA researchers to gauge whether fracking had affected water quality over time.

EPA had planned to conduct such research, but its efforts were stymied by oil and gas companies’ unwillingness to allow EPA scientists to monitor their activities, and by an Obama White House unwilling to expend political capital to push the industry, an InsideClimate News report showed.

Still, the EPA’s draft report confirmed for the first time that there were “specific instances” when fracking “led to impacts on drinking water resources, including contamination of drinking water wells.”

The finding was a notable reversal for the Obama administration, which, like its predecessors, had long insisted that fracking did not pose a threat to drinking water. 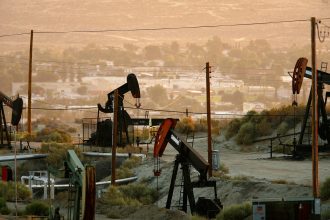