A federal program to support the development of clean energy technologies escaped the budget ax this week and the Energy Department wasted no time announcing major commitments to fund two of the world’s largest solar projects.

SunPower Corp received a conditional commitment on Tuesday for a $1.187 billion loan guarantee from the U.S. Department of Energy to finance a 250-megawatt photovoltaic power plant in central California that will generate enough electricity to power 100,000 homes.

In February, the Republican-controlled U.S. House of Representatives passed a bill that would have cut most of the funding for the DOE’s loan guarantee program for innovative green technologies.

The alternative energy industry, in response, argued that the program would create tens of thousands of jobs and generate billions of dollars in investment. The program, which applies to projects that begin construction by September of this year, was preserved in the final budget agreement for this year.

The head of the solar power industry’s trade group said none of the very large solar power projects under development would have been built without the loan guarantee program.

“The capital markets are still not there to support renewable energy development at the scale we need,” Solar Energy Industries Association Chief Executive Rhone Resch said in an interview. “None of the projects that are under construction right now would have been able to go forward without this program.”

Under loan guarantees, the federal government agrees to pay portions of private loans if the companies default.

The DOE program has provided funding for projects whose innovative technologies have difficulty securing financing from traditional lending sources hard hit by the financial crisis and therefore less willing to take on the risk of pouring money into unproven technologies.

SunPower will start construction of its California Valley Solar Ranch in San Luis Obispo County in the second half of this year. NRG Energy Inc has agreed to buy the project.

NRG, which is also an investor in the BrightSource Ivanpah project, received a conditional commitment for a $967 million DOE loan guarantee for its 290 MW Agua Caliente photovoltaic solar power project in Arizona. That plant is being built by First Solar Inc.

The U.S. Environmental Protection Agency budget for this year will be cut 16 percent under government-wide reductions unveiled on Tuesday.

EPA funds would get a $1.6 billion cut for the fiscal year ending September 30 under Friday’s last minute deal between President Barack Obama and Republican and Democratic leaders in the U.S. Congress that averted a government shutdown.

“Some programs will be cut back,” EPA Administrator Lisa Jackson told reporters. She said the largest cuts to the EPA would be made in revolving funds that help states pay for pollution abatement.

There will be some cuts in the EPA’s programs on climate, but those will be comparatively small compared to cuts in other agency programs, Jackson added.

Under the budget deal, many other government departments face smaller cuts than EPA on a percentage basis and the Department of Defense actually gets a boost.

Lawmakers are expected to vote sometime this week on the deal to cut another $28 billion from the government.

Many Republicans and some Democrats are anxious to delay or permanently stop EPA rules on greenhouse gas emissions. These critics say the rules could hurt businesses like oil refineries and power utilities, which could pass costs to consumers who are struggling to recover from the economic downturn.

The EPA began rolling out the rules in January and will propose emissions limits on refiners and power plants in coming months.

Last week EPA critics in the U.S. Senate failed to get enough votes to pass a measure that would have stopped the EPA from regulating emissions of greenhouse gases blamed for warming the planet.

Similar legislation passed easily in the Republican-controlled House, but that vote was mostly symbolic after the Senate vote.

Environmentalists said the budget deal was a sign that Republicans are not giving up even though the deal rejected specific provisions that would have stopped EPA efforts on climate.

“Republican opponents of EPA clearly have wounded the agency in a big way,” said Frank O’Donnell, the president of Clean Air Watch.

He said the cuts could hamper the agency’s ability to make sure air is safe and water is clean. 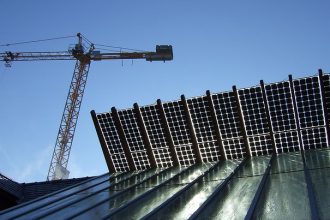 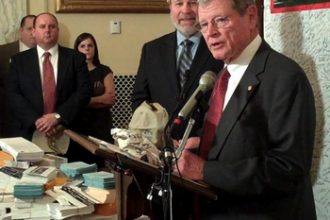