InsideClimate News announced Monday that Vernon Loeb, an award-winning editor, is joining the staff as senior editor of investigations, enterprise and innovations.

Loeb brings years of experience leading teams of reporters. He comes to ICN from The Atlantic, where he served as politics editor, leading its politics, government and policy section. Before joining The Atlantic, he was managing editor of the Houston Chronicle, where he helped lead a rebuild of the newsroom. In that role, he edited an investigative series that disclosed how Texas placed a secret cap on special education and dramatically cut services for handicapped children. The project was a finalist for the Pulitzer Prize for Public Service. He directed the paper’s coverage of the devastation from Hurricane Harvey, which was a Pulitzer Prize finalist for breaking news.

Loeb previously was assistant managing editor of The Washington Post, deputy managing editor of The Philadelphia Inquirer, and California investigations editor for the Los Angeles Times. He spent 25 years as a reporter, at The Washington Post and The Philadelphia Inquirer, covering national security and the Pentagon in the wake of 9-11 and during the wars in Iraq and Afghanistan, along with many others beats, from City Hall to Southeast Asia.

“We could not be more delighted that Vernon has decided to bring his talent, experience and energy to our newsroom,” said David Sassoon, founder and publisher of InsideClimate News. “He’ll help us bring the real news about climate change and the decarbonization of our energy economy, one of the most important stories of this century, to a new level of reach and impact.”

“Climate change is the biggest story in the world,” Loeb said. “To focus on it, exclusively, at InsideClimate News is an incredible opportunity.”

InsideClimate News launched in 2007 and has grown to a staff of 17, becoming one of the largest environmental newsrooms in the country.

In 2016, ICN was a finalist for the Public Service Pulitzer Prize for revealing that Exxon’s own scientists had concluded decades ago that burning fossil fuels was warming the earth, while the oil company’s leaders actively sought to discredit that truth. It led to a lawsuit by the New York Attorney General’s office. In 2013, ICN won the Pulitzer Prize for National Reporting. It has also won dozens of other awards since its founding in 2007, and a reputation for unflinching watchdog reporting of the climate policies and actions of government, industry and advocacy groups.

“ICN’s mission is to produce consequential journalism that permeates and alters the national conversation, and Vernon has an impressive record of achieving just that,” said Stacy Feldman, ICN’s executive editor. “It’s thrilling to have him on board.”

ICN is headquartered in New York and has hubs in Washington, D.C., and Boston, but it operates as a virtual newsroom with staff based in locations from San Diego to Maine. 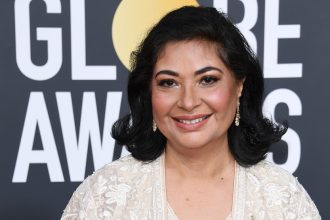 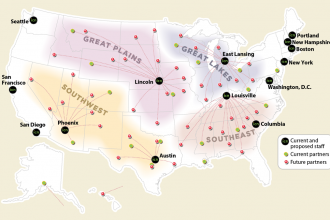 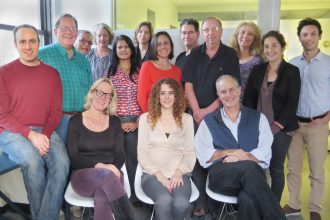