With the climate task force that Joe Biden named Wednesday, the presumptive Democratic presidential nominee is making a clear bid to bridge the divides in his own party that threaten his candidacy and the long-term fight for action on global warming.

In tapping as co-chairs Rep. Alexandria Ocasio-Cortez (D-N.Y.), the avatar of the Green New Deal, and former Secretary of State John Kerry, an architect of the Paris climate accord, the former vice president signaled his endorsement of ambitious goals—but ones that build on the accomplishments of the past.

With task force members from Michigan and Florida, Biden named representatives from key swing states while acknowledging the need for a climate policy broad enough to help communities navigating economic transition and coping with sea level rise. The team likewise reflects a wide-angle view of environmental justice, with members who can speak to the disproportionate climate impacts in rural farm counties and urban neighborhoods.

Symons suggested that the Covid-19 crisis has made it even more important for Biden to heal the divisions that surfaced in the long primary battle. “With our health and welfare at risk like never before, there is no better group to pull the climate movement together and unify to bring about the urgent change we need,” Symons said in an email.

The climate panel was one of six “unity task forces” announced jointly by the campaigns of Biden and his one-time rival Bernie Sanders in an effort to forge a Democratic platform that can energize the party’s progressives and moderates. The other policy groups include criminal justice reform, the economy, education, health care and immigration.

“A united party is key to defeating Donald Trump this November and moving our country forward through an unprecedented crisis,” Biden said in a statement. “From health care to reforming our justice system to rebuilding a more inclusive and fair economy, the work of the task forces will be essential to identifying ways to build on our progress and not simply turn the clock back to a time before Donald Trump, but transform our country.” The task forces are expected to make recommendations to the Democratic National Committee platform committee and to Biden before the August party convention.

In addition to Biden’s choice of Ocasio-Cortez, who beat a powerful House incumbent in 2018 on a Green New Deal platform, Biden added to his climate team Varshini Prakash, co-founder of the youth-led Sunrise Movement. Sunrise had endorsed Sanders, and Prakash said in a statement that she was “humbled that Bernie has endorsed me to carry on the fight for our agenda.”

“While this is a step in the right direction, and a clear sign of how far our movement has come, what is achieved by this task force is much less important than what we do as a movement in the coming months,” Prakash added. “We must keep building our movement and raising our voices loudly for a Green New Deal until we win it. The work has just begun.”

Progressive climate activists expressed excitement over the choice to bring Sanders-allied team members into Biden’s climate policy fold, but they signaled they will be pushing for Democrats to take a hard line on holding the fossil fuel industry liable for the ravages of climate change.

“To succeed, this task force must hold fossil fuel corporations accountable for misleading the public and prepare the next president to demonstrate real climate ambition that invests in communities already impacted by the climate crisis, as well as the next generation,” said Tamara Toles O’Laughlin, director of 350 Action North America, an activist organization.

Moderates, meanwhile, will be pushing for Biden’s team to maintain a focus on job creation as a part of climate policy. “This is a strong group, but given that 34 million Americans have lost their jobs in two months, Biden should also appoint a labor union official with experience in job-creating clean energy infrastructure,” said Paul Bledsoe, a former Clinton White House climate adviser. “As Republicans are stalling infrastructure stimulus in Washington, Biden should make a job-focused clean energy infrastructure plan a key campaign issue now and in the fall.”

Also named to the Biden climate task force were: 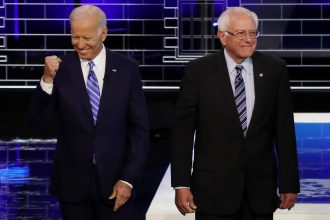 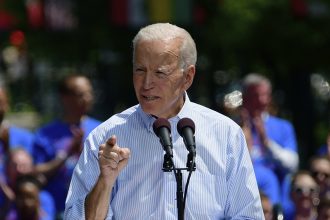 Joe Biden on Climate Change: Where the Candidate Stands 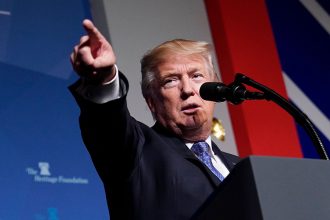 By STACY FELDMAN and MARIANNE LAVELLE