Ireland is on its way to becoming the first country to fully divest all public funds from fossil fuel companies after a key vote in its parliament on Thursday. It’s a major milestone in an international push by environmental organizations to shut off the flow of investor cash into coal, oil and gas companies.

Over the past six years, the divestment campaign has generated public pressure on countries, cities and universities around the world to cut ties to the fossil fuel industry.

Nearly 900 institutions worldwide representing more than $6 trillion in assets have so far committed to some level of divestment, according to the activist group 350.org.

But the campaign also has highlighted a conflict between two different approaches to forcing changes in the name of protecting the climate: those who believe total divestment is the only option, and activist investors who believe they can more successfully persuade companies to change policies by working from the inside as shareholders with a stake and a voice.

Ireland’s Fossil Fuel Divestment Bill still has to pass the upper house of parliament, but that is anticipated to happen without difficulty, Lindsay Meiman, a spokesperson for 350.org, said.

“It’s a tremendous boost to what is already the biggest campaign of its kind in history,” said Bill McKibben, a co-founder of 350.org who has helped lead the divestment movement. “When we started the divestment campaign six years ago, the thought that we would reach the stage where entire nation states were divesting had not even begun to cross my mind.”

The vote in Ireland is the latest in a series of major divestment announcements that are putting varying levels of pressure on the industry.

Ireland’s plan, designed to help the country meets its Paris Climate Agreement commitments, would divest its Strategic Investment Fund of companies in which fossil fuel extraction or refinement that makes up 20 percent or more of the business. The $10.4 billion fund had approximately $371 million invested in fossil fuel companies last year, according to Reuters.

The Church of England, which also has billions of dollars in investments, announced a divestment plan last week that was more vague. It committed to divesting in five years time from companies “not on track to meet the aims of the Paris Agreement” and said it would continue its strategy of engaging with companies in the interim.

Norway’s $1 trillion sovereign wealth fund began selling off its investment in coal companies over two years ago and has started looking at other fossil fuels. Last year, its central bank recommended that the country—one of the world’s leading natural gas exporters—also sell off oil and gas stocks in the fund. “In the Bank’s view, this will make the government’s wealth less vulnerable to a permanent drop in oil and gas prices,” it wrote.

“It’s the financially smart thing to do,” said Ellen Dorsey, executive director of the Wallace Global Fund, a private foundation that divested from fossil fuel companies and encourages other foundations to do the same.

Activist Investors Chip Away from the Inside

In the U.S., some of the biggest public investors are taking a different approach to getting fossil fuel companies to address climate change—rather than divest, they’re using their investments to pressure companies from the inside.

New York State Comptroller Thomas DiNapoli, who oversees the nation’s third-largest public pension fund, worth over $200 billion, has frequently used the fund’s position as a major shareholder to force companies to consider climate change. He has led shareholder resolutions to get companies to report on and reduce their greenhouse gas emissions and to acknowledge the risks they face as the world shifts to low-carbon economies.

This spring, DiNapoli and other activist shareholders filed some three dozen shareholder resolutions related to climate asking investors in publicly held oil, gas and electric utilities to vote for changes. Those resolutions often don’t succeed, as proponents of divestment point out, but they have been gaining support and they send a message.

“Climate risk is one of the greatest threats to the state pension fund and its long-term investments,” DiNapoli said earlier this year. “As a long-term investor, we want the companies in our portfolio to demonstrate a commitment to sustainability, lower emissions and a low-carbon future.”

Some universities, often targets of student-led divestment campaigns, are also hanging onto their investments amid concerns of dwindling endowments and diminishing research dollars.

Critics of university divestiture have argued that divestment is merely a symbolic act, and that university investment in fossil fuel companies is minor relative to the overall size of the industry.

“The influence of any given entity taking this action is virtually nil,” said Frank Wolak, a Stanford University economics professor and an expert on energy markets. “You’re alienating companies that have a tremendous amount of expertise to solve the problem. All you’re doing is reducing returns on your investment.”

McKibben, however, said Ireland’s announcement takes the divestment movement to a new level that will continue to play out in coming months. 350.org is helping to organize demonstrations across the planet in September to urge elected officials and other key decision makers to take further action on climate change.

“The fact that a government understood that this was a key part of the future was really important,” he said.

Editor’s Note: The Wallace Global Fund is among donors that support ICN. 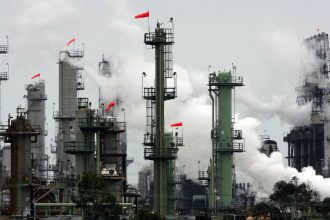 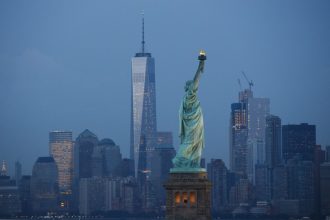 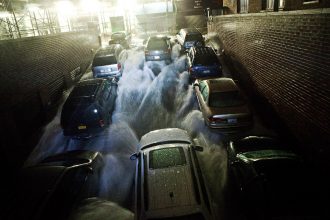