The Minnesota Department of Commerce recommended this week that a major tar sands oil pipeline should not be expanded and that the old, existing line should be shut down. Its reason: the state’s refineries don’t need additional crude oil, so there’s no point in taking on extra risks.

The recommendation is the latest sign of opposition to fossil fuel pipelines at the state level, just as the federal government is strongly supporting them.

The Minnesota Department of Commerce’s report, submitted to state regulators who will eventually decide whether or not to approve the pipeline, cites a consulting firm that determined Minnesota’s refineries are already running at peak capacity and that there’s no sign of a long-term increase in local demand for fuel.

The analysis concludes that the proposed Enbridge Line 3 pipeline project, from Hardisty, in Alberta, Canada, to Superior, Wisconsin, isn’t worth the risks.

Environmental advocates said that the line might still be approved, despite the report’s conclusions.

Enbridge disagreed with the department’s findings. “This is critical infrastructure, which is being replaced with the most advanced materials, most up to date technology and under superior construction methods,” Enbridge spokesperson Michael Barnes said. “After months of analysis and public input, the state’s own Final Environmental Impact Statement concluded that, from an environmental perspective, the replacement is superior to maintaining the existing line.”

Other States Pushing Back on Pipelines

The report comes as a number of new and existing oil and gas pipelines are being challenged or blocked by states because of market forces, strong public opposition and governments’ environmental concerns.

In April 2016, New York state regulators denied a water permit for the Constitution pipeline, a 125-mile natural gas pipeline that would have shipped natural gas from hydraulic fracturing operations in Pennsylvania into New York.

In Michigan, Republicans are voicing strong opposition to the continued use of an aging crude oil pipeline also owned by Enbridge. State Attorney General Bill Schuette, who is running for governor, called in June for the shutdown of Line 5, a 64-year-old pipeline, where it crosses under the Great Lakes.

On Monday, Rep. Fred Upton (R-Mich.), chairman of the U.S. House Energy and Commerce Energy Subcommittee, sent a letter to Enbridge President and CEO Al Monaco. Upton wrote that he was “deeply concerned” to hear about recent damage to the pipeline’s protective coating likely resulting from human error and urged Monaco to “conduct repairs immediately.”

Absent federal leadership, state officials are now taking it upon themselves to challenge pipeline projects.

“The federal government has too frequently capitulated or rubber-stamped these projects,” Greg Cunningham of the Conservation Law Foundation said. “What we are seeing now is a groundswell within states where, for a number of different justifications, states are standing up to these pipelines.”

One reason may be that pipeline opponents are increasingly focusing their efforts on state regulatory agencies, given the strong federal support for fossil fuels under the Trump administration.

“Since President Trump took office, and the [administration’s] blatant disregard for property rights and the belief of climate change, a lot of us have put all of our focus on local [agencies], knowing that the federal track is really not an option for us,” Bold Alliance President Jane Kleeb said.

One place Kleeb’s group has focused its pipeline opposition efforts is on the Nebraska Public Service Commission, which is currently reviewing a permit for the Keystone XL pipeline project. If built, the pipeline would pump tar sands crude oil from Canada to Nebraska, and then on to refineries elsewhere. The Commission, facing a backlash from landowners, is expected to issue a ruling on the proposed project by the end of November.

Greater environmental action is also coming from the states themselves in reaction to lax federal regulations.

“Some states are already reacting to what’s happened post-election with a renewed sense that the burden of protecting their water, of dealing with climate change, of trying to transition to cleaner energy sources falls on them,” Pat Parenteau, a professor at Vermont Law School, said.

What happens next in West Virginia, where state regulators are currently re-evaluating a water permit, will be a key indicator of how far state pushback against pipeline projects will go, Parenteau said.

“If West Virginia were to deny a water quality certification for that pipeline, I think that would be a very interesting signal,” he said. “You just wouldn’t think of West Virginia as opposing any energy development.”

The Minnesota Department of Commerce report on Enbridge’s Line 3—a pipeline that has drawn protests from Native American tribes and environmental advocates—isn’t necessarily a death knell for the project.

A prior analysis by Minnesota officials for Line 67, a different Enbridge pipeline, reached similarly negative conclusions, but the company addressed the concerns, and the project was ultimately built.

“It provides great fodder for those opposed to the pipeline to really highlight why it is not a good project for the state,” Josh Axelrod, a policy analyst with the Natural Resources Defense Council, said. But, it could also be used by the company to identify weaknesses in their current plan and revise their proposal for ultimate approval, he said. 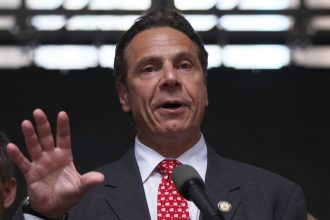 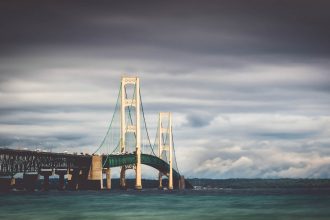