Update (July 15): The House today approved the amendment from Rep. Michael Burgess (R-Texas) to prohibit the use of funds in a 2012 spending bill from being used to implement lighting efficiency standards Congress enacted in its comprehensive 2007 energy law.

WASHINGTON—Opponents of a proposal to switch off energy-saving progress on lighting technology are still lauding House Republicans for soundly snubbing legislation they refer to as “dim BULB” legislation.

To give it another chance at passing, Rep. Michael Burgess, another Texas Republican who also serves on the House Energy and Commerce Committee, floated a similarly worded amendment Wednesday.

Burgess’s amendment, which would limit efficiency standards for incandescent light bulbs, would be considered as part of the Energy and Water Development appropriations bill that the House is mulling over. It’s one of 12 appropriations bills designed to fund the entire federal government for the fiscal year beginning this October.

If approved, the amendment would bar the Department of Energy from enforcing lighting efficiency standards Congress enacted via an overarching 2007 energy law. It has little chance of surviving a Senate vote.

Representatives are expected to consider the amendment sometime this week, Jim DiPeso, policy director with Republicans for Environmental Protection, told SolveClimate News in an interview.

“They are grasping at straws,” DiPeso said about the attempted end run. “It’s a tactic that is commonly used, using an appropriations bill as leverage to get the policy you want.”

DiPeso referred to Barton’s initial Better Use of Light Bulbs Act as “bizarre legislation,” and heralded its failure on a 193 to 233 Tuesday vote as a victory for the economy, the environment and common sense.

His organization praised 10 Republicans — including Reps. Charlie Bass of New Hampshire, Brian Bilbray of California, Tom Reed of New York and Dave Reichert of Washington — for voting to defeat it.

“Barton’s bill is a foolish piece of legislation,” DiPeso said. “It’s a daffy solution in search of a non-existent problem. There is no ban and there never has been one. It’s the same quality of service, lower costs and more consumer choices than ever. What is not to like?”

The BULB Act, DiPeso said, was based on the false premise that the 2007 law establishing efficiency standards for general-service, screw-in light bulbs bans incandescent bulbs and forces consumers to purchase compact fluorescent lighting. Instead, that law phases out inefficient bulbs in favor of upgraded versions of incandescents, compact fluorescents and light-emitting diodes.

Actually, industry giants such as Sylvania, Philips and General Electric joined states such as California and Nevada — as well as a coterie of environmental organizations — and backed that legislation to save energy and avoid a patchwork of state standards that would have created market confusion. President George W. Bush signed it into law four years ago.

Though it might seem hard to believe at this juncture, it was Rep. Fred Upton (R-Mich.) who paired up with former Rep. Jane Harman (D-Calif.) to write the efficiency standards. Harman recently left Congress to head up a think tank and the once-moderate Upton has leaned far to the right after taking over leadership at the House Energy and Commerce Committee.

Analysts estimate that improved efficiency will save each household between $100 to $200 per year on electric bills and prevent 100 million tons of heat-trapping gases from being spewed into the air. The latter is the equivalent of emissions from 17 million cars.

Some conservative organizations are criticizing Barton for the manner in which he chose to streamline the Tuesday vote on his BULB Act. For instance, Virginia-based Americans for Limited Government is labeling the decision to suspend the rules as a “parliamentary miscalculation.”

In a nutshell, suspending the rules on a House vote means a bill can’t be amended in any way, plus it needs a two-thirds majority to pass.

ALG, a nonpartisan, nationwide network committed to advancing free-market reforms, accuses two Republicans — House Speaker John Boehner of Ohio and Majority Leader Eric Cantor of Virginia — of deliberately attempting to kill the bill because they didn’t attempt a vote that would have required a simple majority to pass.

“One has to question House Republican leadership’s commitment to getting government out of the way when it cannot even find a way to let individuals choose what kind of light bulbs they want, free of federal dictates,” ALG spokesman Robert Romano said via a news release.

“It’s time to stand up for the American people,” he continued. “This vote was a meaningless gesture. Either the House’s failure to repeal the federal light bulb ban was incompetence, or opposition.”

DiPeso and other environmentalists are relieved that Barton’s political calculation didn’t yield the success the Texan anticipated.

“Barton thought he could round up the votes,” DiPeso said. “It was a gamble and he lost.”

“If Congress pulls away from this fundamental efficiency mandate, the American people will foot the bill,” Rogers said. “It is a giant leap backward toward outdated technology, and a flagrant waste of energy and hard-working Americans’ money. It is a lose-lose-lose for our country.”

“It’s also an encouraging sign that the House is able to differentiate between facts and the misinformation that was spread widely and irresponsibly on this issue,” NRDC legislative affair director Scott Slesinger said. “We hope the House will continue to stay the course and side with the public, not with right-wing ideologues.”

Three descendants of the man credited with inventing the incandescent light bulb 132 years ago — Thomas Edison — have piped up about their great-grandfather’s legacy.

In remarks to NRDC, great-grandsons Barry Edison Sloane, Heywood Sloane and David Edison Sloane agreed that Edison would have been appalled that any legislative body would be narrow-minded enough to discourage advanced light bulb technology.

“Edison would be inventing a better bulb right now,” concluded David Edison Sloane. “And he would plan to generate a lot of new jobs and big profits, as well as better light.” 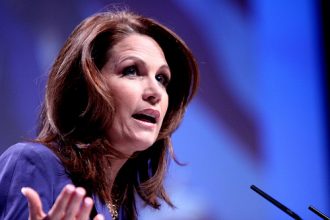