WHITESBURG, Kentucky — Buddy Sexton opened a community meeting about the financial troubles of local volunteer fire departments with his head bowed: “Let people understand what a need we have in this county, in the mighty name of Jesus, we pray.”

He then delivered some grim news to the gathering of about two dozen eastern Kentucky residents sitting in folding chairs set up in the engine bays of the Mayking Fire Department.

Just like the townspeople, his tiny department is facing crushing electric bills. They have gone up by several hundred dollars a month during the winter. That’s a lot in a local budget that is already strained as revenues from taxes on mining go steadily down.

“I’ve got financial reports here that I am afraid to look at anymore,” said Sexton, the department’s treasurer. “We’re in danger of shutting down.”

As coal mining has collapsed across Appalachia, residents in eastern Kentucky and West Virginia have been socked with a double whammy—crippling electric bills to go along with a declining economy.

The pain in a region once known for cheap power has been felt in homes, businesses, schools and even at volunteer fire departments.

The problem of rising power bills has many causes.

“They’re doubling down on coal at a time when coal is not competitive,” said James M. Van Nostrand, a professor at the West Virginia University College of Law with decades of experience in the energy field. “It’s really tragic.”

The common denominator is American Electric Power, one of the nation’s largest utilities. It owns Kentucky Power, along with two subsidiaries in neighboring West Virginia, Wheeling Power and Appalachian Power.

In May, Wheeling Power and Appalachian Power requested permission from the Public Service Commission of West Virginia to boost their monthly residential bill 11 percent because of declining sales. That was on top of a 29 percent increase between 2014 and 2018.

Customers in both states are furious that the regulators are going along.

“Our jobs available in this state are not a living wage, and many are working two, three jobs just to make it,” wrote Elizabeth Bland of Beckley, West Virginia, in her protest letter to the commission. “Please turn down this request from Appalachian Power for the sake of all West Virginians.”

Rising rates are just part of the problem.

Kentucky Power’s monthly bill also includes surcharges, and a line for each customer’s share of the utility’s fixed costs. These add up in precious dollars.

Kentucky Power’s customers received a bit of a break in January after vigorous protests. State regulators rejected most of the utility’s proposed rate increases and they reduced some surcharges. That will save an average residential customer about $7 a month. Even so, that bill has nearly doubled in the past decade and is now about $151 plus local government fees and taxes, state regulators said.

The average bill per customer at Kentucky Power has been among the highest in the nation for an investor-owned utility, according to 2016 numbers from the U.S. Energy Information Agency, the most recent comparisons available.

Surcharges that pay for retiring a coal plant are especially irritating, said state Rep. Angie Hatton, a lawyer and Democrat from Whitesburg.

“They are charging us for shutting down our coal-fired plants that were keeping us all employed,” she said.

Hatton, who is the daughter of one coal miner and wife of another, also sees the value of solar power as an option for businesses and residents with high power bills. She helped defeat legislation in Kentucky his spring that would have devalued rooftop solar power. Utilities backed it, but it was rejected by lawmakers driven by constituents’ rage about power bills.

With Poverty High, Something Has to Give

Allison Barker, a spokeswoman for Kentucky Power, blamed last winter’s unusually cold weather for part of the high electric bills and suggested customers could turn their thermostats down.

“Keeping the thermostat the same during extreme weather can significantly increase usage and bills,” she said.

But the underlying problem, she acknowledged, was the loss of hundreds of industrial and commercial customers and thousands of residential customers since 2014. During that time, she said, energy use has dropped 15 percent, and the company has faced new costs to comply with environmental protections.

AEP’s West Virginia utility, Appalachian Power, said in May that its electricity demand had dropped 14 percent since 2013 and it had lost 11,000 customers.

Kentucky Power’s service area includes 10 of the 100 poorest counties in the United States, with poverty rates as high as three times the national average. The region has a lot of substandard housing with poor insulation, adding to the expense of electric heat.

Something has to give when people on small, fixed incomes are hit with higher power bills, said Roger McCann, executive director of Community Action Kentucky, an umbrella group for poverty-fighting agencies with services including home-energy assistance.

“Seniors will cut their medicine in half, or they will go without food,” he said. “If you don’t pay the bill, the lights go out.”

McCann said he knew of one woman in a mobile home who had a $600 monthly electric bill while living on a Social Security benefit of just $660 a month.

“Some mobile homes are not insulated and the heat just goes through them,” he said.

Kentucky State Rep. Rocky Adkins, the Democratic minority floor leader and a potential candidate for governor, says high bills and the region’s economic woes both stem from a 2012 decision by Kentucky Power as Adkins and others were trying to salvage the utility industry.

Together, AEP and the Kentucky Public Service Commission reached a decision to pull the plug on nearly $1 billion in environmental upgrades at the utility’s Big Sandy power plant. It stopped burning coal three years later. One unit was converted to natural gas.

Meanwhile the Kentucky regulators steered the company to invest more than $500 million in the nearby coal-fired Mitchell plant, which had already been upgraded. That solution, the commission argued, would save customers money.

At the time, Adkins railed that this was waving the “white flag” of surrender to natural gas, environmentalists and regulators.

But the rout was already under way.

In the years that followed, the Mitchell plant’s coal boilers have been undercut on the regional grid by cheaper natural gas. Kentucky Power found itself with an unneeded mountain of 400,000 tons of coal there. In June, Kentucky regulators gave the utility permission to sell the surplus, raising $17.6 million.

“We lost the power plant and the rates have gone through the roof,” Adkins told ICN. “It has happened in a region of Kentucky that is more challenged than any other region of the country because of the downturn in the coal economy.”

But there’s another way of looking at the outcome, said Cathy Kunkel, a West Virginia-based analyst for the Institute for Energy Economics and Financial Analysis.

She explained how the maneuver supported coal-fired power while shifting its costs from shareholders to consumers.

There are two main business models for selling electricity. In deregulated wholesale markets, merchant vendors compete to sell power to the grid, and high-cost generators lose out. In regulated markets, the rates are set by the state and utilities are guaranteed a profit.

Before 2012, the Mitchell plant had been owned by a deregulated AEP company which sold its power in the open marketplace. The 2012 deal put half of Mitchell under a regulated AEP subsidiary, and that gave it economic protection, at least for a time. Two years later, West Virginia regulators allowed Wheeling Power, also regulated, to buy the other half.

Acting together, Kunkel said, AEP and its regulators had shielded the struggling coal fired plant from the pressures of the marketplace and shifted the costs onto customers. “The problem when the plant is uncompetitive is that it ends up not running very much, and not producing much revenue for customers, who end up losing out because they’re still stuck paying for all of the fixed costs and operating costs of the plant,” she said.

It’s a method the company has used elsewhere.

“Those plants are not competitive in the wholesale market,” said Van Nostrand, the law professor. “We are buying them and sticking them on the backs of the ratepayers,” he said.

A spokesman for the Kentucky regulatory agency defended its 2012 actions, saying that exhaustive analysis showed that it diversified AEP’s fuel mix and avoided an even more costly debacle at the Big Sandy plant.

A spokesman for West Virginia’s regulators provided ICN a recent staff report to lawmakers. The state’s electric prices are still competitive compared to elsewhere, it asserted, but they are rising, “because of our nearly 100 percent reliance on coal.”

‘These People Have Been Sold a Bill of Goods’

The solution, Kunkel said, should include more federal help for an economic transition away from coal.

“If you were to do that in a smart way it would include money for energy efficiency and money for rooftop solar,” she said.

At the Mayking Fire Department community meeting, residents were told that coal severance taxes—payments to their county from taxes collected on coal as it leaves the ground—had fallen from about $2 million a year to about $180,000 a year, and that the county budget had been slashed from $11 million to $6 million—all in the last five years. That left little money to help keep local volunteer fire departments afloat.

Wintertime power bills at the station just outside Whitesburg have risen from as low as about $800 a month to about $1,400 a month in recent years, Fire Chief Tony Fugate told ICN.

By the time the Mayking department, with its approximately $25,000-a-year budget, pays its bills for insurance and equipment, “there’s nothing left for the power bill, unless you have fundraisers,” he said.

But cookouts and other fundraisers, even asking drivers at intersections to drop money in a fireman’s boot, can only go so far, he said.

“You can only have so many roadblocks and hot dog dinners,” Fugate said. 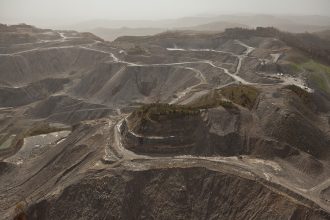 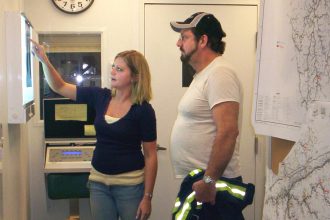 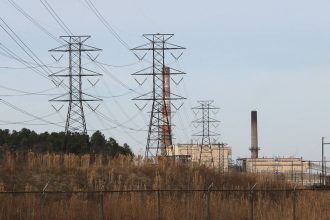 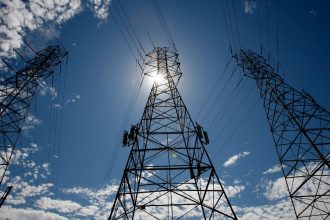