Sankt Peter im Schwarzwald, Germany—The Abbey of St. Peter in the Black Forest has had its ups and downs since its founding in 1090. It burned to the ground in 1238. It was rebuilt, only to be destroyed by fire in 1437, establishing a pattern that would be repeated for several centuries. In 1727, after it went up in flames yet again, citizens of this close-knit mountain village decided to try something different. They built a new church from blocks of fireproof sandstone, creating an imposing structure that still dominates their postcard-perfect village.

Today, the Abbey is known as one of Germany’s most exquisite Baroque buildings. What isn’t widely known is that it’s also a vivid example of Germany’s recent Energiewende and how the energy revolution was built from the bottom up.

The Abbey complex was originally heated by fireplaces, which were eventually replaced with a central heating system that consumed 34,000 gallons of heating oil a year. But on the chilly day I visited the magnificent church, not ein Fingerhut (one thimbleful) of oil was burned to keep me toasty. The heat came from water that had been brought nearly to a boil in a state-of-the-art furnace fueled by wood chips. Somewhere between the size of an SUV and a school bus, the furnace sat in a concrete building a few hundred yards from the Abbey. From that non-descript building, hot water was pumped through four miles of insulated pipes that connect the Abbey to most of the shops and houses in St. Peter, as well as to the school, public swimming pools, the town hall, a spacious community center and other assorted buildings.

“If fossil fuel prices rise again, there won’t be any problems,” explained Markus Bohnert, co-director of Bürger Energie (Citizen Energy), which owns the facility, as we watched a farmer dump a tractor-load of sweet-smelling wood chips into a shed behind the furnace building. “This is an important step to get away from coal and fossil energy.”

This is Chapter 3 of a six-part series on Germany’s remarkable clean break with coal, oil and nuclear energy. Click to read Chapter 1, Chapter 2, Chapter 4, Chapter 5 and Chapter 6. Or read it all now as a Kindle Single ebook on Amazon for 99 cents.

In the United States, this model is called “distributed generation”—or “DG” for short—and it has attracted a small but growing base of advocates. John Farrell, a senior researcher with the Minnesota-based Institute for Local Self-Reliance, is one of the movement’s most prominent fans. He supports DG for a variety of reasons, including its efficiency (high) and cost (low). But the benefit that drives Farrell is what he calls the democratization of energy.

“With DG, anyone can be a power producer,” Farrell told me recently by phone. He compared DG to another technological advance, the development of the computer, which changed the world a generation ago. “We went from supercomputers in a basement somewhere to desktops and the Internet. The result is exponentially greater than the sum of its parts.”

At heart, Farrell says, DG is a matter of equity—of individual, entrepreneurial freedom.

“There’s money to be made from generating electricity,” he said. “Everyone should have a chance to reap those economic benefits.”

That is what’s happening in St. Peter. Like the hot water that keeps its houses warm, the money that had once flowed to distant utilities now circulates throughout the village. Bohnert pointed to the middle-aged man in heavy gray overalls and muddy work boots who was dumping the wood chips. They came from trees he had thinned on his woodlot.

“That’s Konrad Schwär,” Bohnert said. “His dairy farm is just down the road. He gets heat from the pipeline and a fair price for the wood chips.”

Like many others in the area, Schwär also earns money from generating electricity through the solar panels on his roof and selling it to the grid. He’s assured of getting a premium price for the electricity, thanks to Germany’s Feed-in-Tariff, the renewable energy bonus payment that has made the Energiewende move so fast. Without the FiT, only the deepest green eco-warriors would probably go to the trouble and expense of installing solar panels on their roofs. With the bonus, even the most buttoned-down, tofu-hating conservatives have joined the renewable revolution. Political philosophy has remarkably little to do with support for the Energiewende.

“The reason Germany is so far ahead of us in renewable power is simple,” said DG-advocate John Farrell. “Their policies are designed so that people have skin in the game.”

Farmer Schwär also receives another important benefit: a vote on how the town’s generating plant is run. That’s because Bürger Energie is a cooperative, part of a nationwide movement started by small farmers in the 19th century. In its latest incarnation, the “crop” driving the cooperative movement is homegrown energy, produced primarily from biomass, photovoltaics and wind power. Participation in this type of co-op has grown dramatically in recent years. Eight energy co-ops were founded in 2006. By the end of 2011, another 431 energy co-ops had been added. Today, energy co-ops produce power for 83,000 German households.

Inside the power plant, Bohnert showed me the guts of the operation, starting with the gleaming white furnace. At eye-level was a thick steel door with a viewing port the size of a golf ball. Bohnert waved for me to come closer. I wasn’t sure what to look for since the furnace apparently wasn’t in use. Nothing was coming out of the building’s tall metal smokestack. The furnace was cold to the touch and the room that housed it relatively quiet.

When I looked into the port, however, it was obvious that the furnace was running at full power. What I saw through that small window was unlike any fire I had seen. Perhaps because of the tremendous heat (nearly 1,500˚F), the flames were sinuous and folded in on themselves in orange and yellow waves that seemed to move in slow motion.

When I stepped back, Bohnert was grinning. Apparently, I wasn’t the first person mesmerized by the view through the porthole.

After showing off the electrostatic filter that rendered the process essentially smokeless, Bohnert led me to a giant wall map and pointed to a thick red stripe—the pipeline—that zigzagged in all directions. It connected the plant to 200 green and yellow rectangles depicting buildings throughout the village.

The construction took two years to complete, making it the town’s largest project since the Abbey was built. Each member paid roughly $4,000 to join the co-op and connect to the power plant. The lower cost of the homegrown energy allows them to pay off their fees quickly. Wealthy members can buy additional shares in the co-op as an investment. But because the co-ops are designed on the principle of one person, one vote, a millionaire with several dozen shares has no more say in running the co-op than a small shopkeeper with a single share.

Bürger Energie‘s co-op members recently voted to make a major investment in their plant. The current unit produces only heat, so they’re going to add a combined heat and power station that will also generate electricity they can sell to the grid.

Participatory democracy also helped create the energy coop I visited in Honigsee, a small village 500 miles north of St. Peter and not far from Germany’s northern border with Denmark.

The townspeople wanted to harness heat from a biogas plant that two local farmers built to generate power from manure and vegetable matter, but they needed a pipeline to transfer the heat to nearby houses and farms. Although the co-op had enough money to hire a professional with a backhoe to lay the main pipeline, the cost of connecting individual members’ houses made the project seem out of reach.

“We had to do our own work,” recalled Dr. Frank Heblich, a physician and one of the co-op founders, as we walked down a dirt road between the large biogas digesters and the small pumping station. “Everyone was out with picks and even trowels—digging, digging, digging,” he said and comically pantomimed the action. “It was kind of funny to see, but there is also something very good about seeing a village work together like that.”

Digging trenches with trowels or returning to wood heating may not seem like much of an advance to Americans. We rightly pride ourselves on innovation, on developing cutting-edge technologies. Sometimes, however, our pursuit of the newest and sexiest technology can blind us to less glamorous alternatives that are cheaper and readily available. While American labs spend millions to boost the efficiency of solar panels ever so slightly, Germany’s priority has been to get the old workhorse of solar power—silicon panels—out the door and up on people’s roofs.

Germany’s engineering prowess is respected throughout the world. In fact, German researchers developed some of the most efficient solar panels available today. But the success of the Energiewende owes even more to a German trait that is often lampooned: a methodical approach to solving problems.

That pragmatism has paid off handsomely. Solar panels cost the same in Germany as they do in the United States, but a German homeowner pays $10,000 to install a typical rooftop system while a U.S. homeowner pays $20,000 for the same system. The difference is entirely due to the German focus on reducing the cost of deployment. Permitting fees that can run into the thousands of dollars in the United States cost nothing, or close to it, in Germany. The rest of the German price advantage comes from making distributed generation an attractive investment for citizens and small businesses. So many people were suddenly buying solar that installers streamlined their operations and passed the savings on to customers.

The lesson for America is clear: Sometimes, being methodical is its own form of genius. 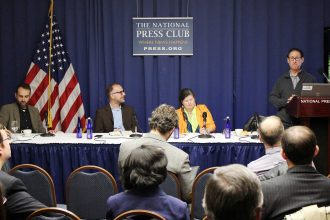