This is likely the first time an American city has wielded its zoning code to halt such a large array of fossil fuel projects. Under the new ordinance, which will take effect next month, new large terminals for transporting and storing coal, methanol and various natural gas and oil products can’t be built in the city. The rules also forbid expansion of Portland’s 11 existing facilities—one liquefied natural gas (LNG) plant and 10 terminals for petroleum fuels.

“In order to make our intention real, to not be party to the increase in fossil fuels, we had to go down into the details of our zoning code and change it and say that these uses are prohibited,” Portland Mayor Charlie Hales told InsideClimate News before the vote, which was 5-0. He added: “What we’ve done in Portland is replicable now in other cities. Everybody has a zoning code.”

Portland’s zoning code update is just the latest example of how communities are finding creative ways to prioritize  public health, safety and the climate ahead of new fossil fuel infrastructure. Earlier this year, city council members in nearby Vancouver, Wash., passed an ordinance to ban future oil terminals, and officials in Oakland, Calif., approved a ban on all coal infrastructure, effectively rejecting a proposed coal terminal.

As more communities take steps like these, Hales said, “we can build part of a green wall on the West Coast by saying we aren’t going to have these facilities in our city…it starts to have a profound effect that’s far more than local.”

In the face of a Donald Trump administration that threatens to roll back domestic climate policies and encourage fossil fuel development, some American cities are already planning to ramp up their efforts to fight climate change. Portland and 11 other U.S. cities are part of a coalition of cities from around the world that aim to take urgent climate action by 2020 to help limit future global warming to 1.5 degrees Celsius above pre-industrial levels, a goal that’s consistent with the Paris climate agreement.

Environmental activists were quick to praise the new ordinance.

“Portland is taking bold steps to protect our city from the immediate risks of fossil fuels while sending a powerful message to other cities across the nation and the world that the grassroots movement will not let national politics deter cities from taking the lead on climate action,” Mia Reback, an organizer for local green group 350PDX, said in a statement.

Under the zoning updates, Portland defined a new land use category called “Bulk Fossil Fuel Terminals” and then banned new such facilities across all city zones. This new category covers infrastructure with marine, pipeline or railroad access involved with the moving of fossil fuels (specifically, coal, methanol and various natural gas and petroleum products) between transport modes. It also includes facilities with a storage capacity of at least 2 million gallons of fossil fuels.

There are some exceptions, including gasoline stations, facilities that exclusively receive and distribute fuels by truck, and various commercial, agricultural and other local firms that have local supplies of fuels. The ban also excludes biodiesel, ethanol and other renewable fuels that contain less than 5 percent of fossil fuels.

“I’m really, really proud that Portland is adopting this policy,” said Steve Novick, the first city councilman to vote for the amendment. He added: “I do want to add a word of caution, which is that I think we’ve learned from the war on drugs that interrupting the supply of an addictive substance is a strategy of limited usefulness. So although this is an important step, we also still very much need to focus on strategies to reduce the demand for fossil fuels like land-use policies and transportation policies and investments that create a community where it’s easier for people to bike and walk and take transit.”

In November 2015, Portland’s city council first passed a resolution opposing new projects that would increase oil traffic in the city. A week later, the city passed another resolution to take steps to halt the local expansion of fossil fuel infrastructure. These new zoning codes are a result of those moves.

During the public comment period over the zoning changes, some fossil fuel and labor groups in the city, including the Working Waterfront Coalition (WWC), raised objections. Opponents to the ordinance have 21 days to appeal the decision to the state land use board. 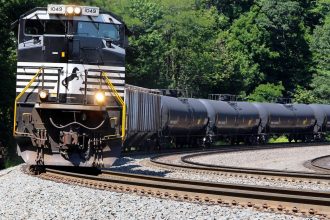 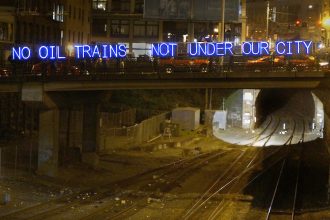