New scientific research has found increased levels of some carcinogenic chemicals linked to oil sands mining in the Athabasca River, refuting long-held industry and government claims that natural sources are responsible for the pollutants.

The chemicals, called polycyclic aromatic hydrocarbons (PAHs), have been shown to cause cancer in laboratory animals as well as other health problems.

PAH concentrations in Athabasca River sediments located downstream of oil sands projects increased 41 percent between 1999-2009, according to the study, published earlier this month in the journal Environmental Science and Technology.

Kevin Timoney, principal investigator at the consulting firm Treeline Ecological Research and lead author of the study, said the rise parallels the growth in oil sands production in the lower Athabasca region, which more than doubled between 1998 and 2009.

Alberta’s oil sands deposits represent the second-largest petroleum reserve in the world after Saudi Arabia’s. In 2009, Canada exported about 950,000 barrels of oils sands crude a day to the United States, nearly 80 percent of the roughly 1.2 million barrels that are extracted daily from the province. Production is expected to more than double during the next five years.

It takes a lot of energy and water to extract bitumen, the tar-like viscous type of crude oil that is buried in the province’s sand and clay. Scientists have been particularly concerned about the effects of harvesting the fuel on the Athabasca River, the largest free-flowing river in Alberta.

The 956-mile waterway flows northeast through most of Alberta’s tar sands mines before draining into Lake Athabasca.

PAHs are found naturally in bitumen, but mining activities can increase exposure of the hydrocarbons to air and water. Processing the bitumen into synthetic crude releases additional PAHs into the environment.

In the lower Athabasca River, PAH concentrations in sediment have already reached a level that’s harmful to aquatic life, Timoney told SolveClimate News in an interview.

Government and industry sources have long insisted that the contamination stems from naturally occurring bitumen instead of mining activity.

The official Alberta Environment website states, “There is no doubt that PAHs are in the sediments downstream of the oil sands. This is due to the magnitude of the oily sand along the river banks through which the river has eroded naturally … The sources in the area are natural.”

Timoney said this “misinformation” is what inspired him to test the government’s claims. “I decided to sit down with a colleague and pull all of the relevant data together — which has never been done before — and ask, ‘What is the situation? Are PAHs changing and why?'”

While the scientists found increasing PAH levels in sediment downstream of the mines, the same trend was not found at control sites upstream of tar sands operations.

Their research joins a growing number of independent, peer-reviewed studies showing the industry’s harmful effects on the Athabasca River Basin.

Two years ago, scientists measured increased levels of dissolved PAHs in waters near oil sands upgrading facilities. Last year, a separate study found elevated concentrations of heavy metals — including mercury, copper and lead — downstream of mining. Both studies were published in the journal Proceedings of the National Academy of Sciences.

PAHs accumulate in sediment and make their way up the food chain through aquatic life. While some PAHs are known human carcinogens, there is still little research on the toxicology of most PAH compounds found in bitumen, said Timoney.

Humans can get exposed by breathing in airborne PAHs, eating contaminated food or through skin contact. People who consume a lot of fish and wildlife from the Athabasca River Delta are probably at higher risk than those who mostly eat store-bought food, said Timoney.

In 2009, the Alberta Cancer Board found cancer rates that were 30 percent higher than expected in Fort Chipewyan, a community of 1,200 residents from the Mikisew Cree and Athabasca Chipewyan First Nations.

Fort Chipewyan lies 155 miles downstream of the mines. It’s a very traditional community where many rely on hunting and fishing, said John O’Connor, a family physician based in Fort McKay, Alberta. O’Connor has a long history of working with aboriginal communities.

The February 2009 report from the Alberta cancer board concluded that more research was needed to explain the elevated cancer rates.

O’Connor said that since then a number of independent studies, including the latest by Timoney and his co-author Peter Lee, have found industry responsible for PAH and heavy metal toxins downstream of the mines. These toxins are linked to many of the cancers found at Fort Chipewyan, so it “certainly calls for an urgent health study specifically related to these toxins,” he said.

Timoney agreed that it’s time for a comprehensive toxicological and epidemiological study. However, there are currently no plans to fund such research.

RAMP has been repeatedly criticized for its scientific practices. A recent report from the Royal Society of Canada urged RAMP to increase groundwater monitoring and called for more extensive scientific oversight.

Similarly, two independent scientific reviews in 2004 and 2010 concluded that RAMP needed to improve the scope and quality of its work.

According to the 2010 review, RAMP achieved only one of its nine scientific objectives: the commitment to undergo periodic independent reviews. “That’s about as big a failure as you can get,” aruged William Donahue, special adviser for science and policy for the Canmore, Alberta-based environmental group Water Matters.

Donahue helped review the Timoney and Lee paper but was not involved in the actual research.

“Essentially they have a bunch of people who aren’t scientists,” Donahue said of RAMP. “[Their] interests aren’t necessarily tied to detecting impact from oil sands development,” he told SolveClimate News, despite that being the function of the group.

Chris Fordham, chair of RAMP’s communications committee, told SolveClimate News in an email that the organization “is working to address concerns raised in recent panel reports,” but he did not elaborate on when or how changes will be implemented.

Because RAMP is known to have abundant measurements, Timoney and Lee began their research by filtering through the raw data, but they encountered some problems along the way.

“[RAMP] will often sample for a few years in one area, then stop and change sites,” Timoney said. This made it impossible to track long-term trends, so those data points were thrown out.

Ongoing development also affected data selection. Some stations that were once control sites are now influenced by industrial activities, said Timoney, limiting the number of potential sites for their study.

The researchers also looked for a link between sediment PAH and river flow. Except for one Athabasca tributary — the Clearwater River — none of the sediment PAH levels were correlated with the amount of water coming down the Athabasca River or its tributaries. Timoney said more research is needed to study this situation.

Donahue of Water Matters said the Timoney and Lee study is important because it documents “significant” increases in contamination due to oil sands and “highlights the fact that the provincial government and the body in charge of doing monitoring and assessing impacts aren’t doing their jobs properly.

“If we’re spending tens of millions of dollars on [RAMP], should we have to resort to filtering the data that come out of it?” he asked.

Trevor Gemmell, a spokesperson for Alberta Environment, said the issue of rising PAH levels is “worthy of further analysis.”

Gemmell declined to comment on the criticisms of RAMP but pointed out that the Alberta government is setting up a new provincial monitoring program run by “independent experts.” The panel’s recommendations are expected in June.

Donahue expressed skepticism about Alberta’s efforts, noting that the panel only has two scientists experienced in freshwater ecosystems research.

In addition to Alberta’s panel, Environment Canada has proposed its own monitoring plan based on recommendations from over a dozen scientific experts.

Donahue said he was cautiously optimistic about the federal government’s work. “They’ve pulled together the top-notch people and put together a robust and legitimate plan and approach for doing environmental monitoring.”

For now, however, the plan remains just a plan without a concrete strategy for implementation. Unless the plan receives appropriate funding and political support, said Donahue, the Athabasca River will continue to lack sufficient monitoring and protection. 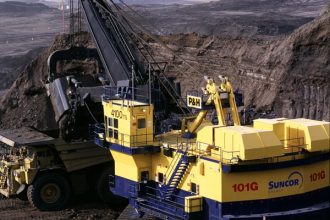 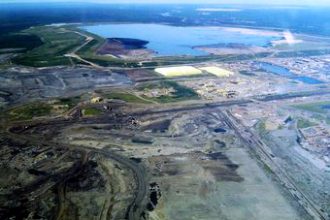