Conservative groups at the forefront of global warming skepticism are doubling down on trying to discredit the next big report by the Intergovernmental Panel on Climate Change (IPCC). In recent weeks, they’ve been cranking out a stream of op-eds, blogs and reports to sow doubt in the public’s mind before the report is published, with no end in sight.

“The goal is to inform the public, scientific community and media that the upcoming IPCC report doesn’t have all the science to make informed judgments,” said Jim Lakely, a spokesman for the Heartland Institute, a libertarian think tank based in Chicago that has been spearheading the efforts.

The fifth assessment by the IPCC, the world’s leading scientific advisory body on global warming, is expected to conclude with at least 95 percent certainty that human activities have caused most of earth’s temperature rise since 1950, and will continue to do so in the future. That’s up from a confidence level of 90 percent in 2007, the year the last assessment came out. The IPCC, which consists of thousands of scientists and reviewers from more than 100 countries, shared the Nobel Peace Prize with Vice President Al Gore. Governments often use its periodic reviews of climate risks to set targets for reducing carbon emissions and other policies.

Because the IPCC’s conclusions are produced by a consensus process, they are inherently conservative.

Environmental activists told InsideClimate News they believe skeptics’ attempts to sway public and media opinion will fail to resonate with people. They say the spate of costly and deadly weather events over the last year has turned climate change into something tangible for many Americans.

In addition, scientists have become more proactive when it comes to squashing scientific inaccuracies pushed by skeptic groups. Dozens of prominent scientists involved with drafting IPCC reports formed a Climate Science Rapid Response Team that punches back against misleading claims about climate research.

Kevin Trenberth is part of that team as well as a climate scientist at the National Center for Atmospheric Research and an author and editor on the forthcoming IPCC report. He explained that nearly every time there is a scientific paper linking man-made carbon dioxide emissions to climate change, the “denial-sphere” immediately responds with accusations that the research is wrong.

“The scientists get nasty emails. Certain websites comment. … So a bunch of us formed this rapid response team to deflate these arguments.” The group has been very busy in recent weeks.

The IPCC will release a 20-page summary of its report for policymakers on Sept. 27, as well as  Working Group I’s assessment, which examines the science behind climate change.

What Skeptics Are Doing

To try to shape coverage of the findings, the Heartland Institute released a 1,200-page report on Wednesday by the provocatively titled Nongovernmental International Panel on Climate Change (NIPCC). The 10-year-old coalition of “nongovernment scientists and scholars” disputes the reality of man-made climate change.

The new report, Climate Change Reconsidered II, “uses layman’s language to present solid evidence that today’s climate changes are well within the bounds of natural variability,” according to Robert Carter, a former marine geologist at Australia’s James Cook University and a consultant to climate skeptic groups. “Real world observations tell us that the IPCC’s speculative computer models do not work, ice is not melting at an enhanced rate, sea-level rise is not accelerating, the frequency and intensity of extreme weather events is not increasing, and dangerous global warming is not occurring,” he said in a news release.

The report rests its argument largely on the uncertainty surrounding climate sensitivity, a measure used by scientists to determine how global temperatures will change in response to carbon dioxide emissions. In short, it says the IPCC exaggerates the warming effect of CO2.

The report is the latest in the Heartland Institute’s “Climate Change Reconsidered” series and the cornerstone of its campaign against the IPCC’s fifth assessment. Heartland is aggressively pushing the report in op-eds, blogs and in articles in conservative newspapers and news stations. Among others, it has received coverage in the Australian newspaper The Daily Telegraph, The Washington Times and the UK’s Daily Mail, in an article that had to be “significantly” changed due to errors.

Other groups participating in the report include the Science & Environmental Policy Project, a research and advocacy group founded by climate skeptic Fred Singer—who is also an expert for the Heartland Institute—and the Center for the Study of Carbon Dioxide and Global Change, an Arizona-based climate skeptic group partly funded by ExxonMobil.

Over the next few weeks, authors of the report will hold speaking events in New York City, Boston, Florida and St. Louis. A Washington, D.C. event will be co-sponsored with the Heritage Foundation, a conservative think tank. In early October, Singer and Carter will give talks in England, Germany and the Netherlands. Heartland will also release videos and podcasts on its website using content from the events.

Heartland isn’t alone in taking pre-emptive swipes against the IPCC.

For months, The Cato Institute, a libertarian think tank in Washington, D.C. co-founded by Charles Koch, has been publishing a series of blog posts and op-eds by Pat Michaels, the organization’s director for the Center for the Study of Science, challenging the new IPCC report. In recent weeks, this activity has increased significantly. He has written an op-ed for The Wall Street Journal and been a source for media outlets like Forbes.

Michaels said his dream outcome would be for the IPCC to acknowledge the scientific errors revealed by the skeptic community. “That’s what a responsible organization would do, but it would also mean the end of the IPCC,” Michaels said. “So it is understandable that they wouldn’t commit professional suicide.”

The popular skeptic website Watts Up With That has also picked apart leaked drafts of the report and is publishing multiple stories a day chronicling how the new IPCC report is filled with “dodgy statistics” and “serious frauds.”

While in the past, IPCC scientists have seemed ill prepared for skeptic campaigns, they say they are more ready for dealing with the criticism this time around.

Created in 2010, the Climate Science Rapid Response Team now has 135 climate researchers on standby for media outlets and policymakers to interview and ask questions. Journalists and others contact the group through its website and organizers track down the best scientist to call or meet the inquiring party.

Trenberth said that the website has made it easier to respond to scientific inaccuracies, but that the constant attacks on his and his colleagues’ work by skeptic groups “is tiresome.”

“We’ve heard these arguments before. We’ve debunked them before. Why are we debating the same things over and over? We need to move forward.”

For skeptics, keeping the debate alive is exactly the point.

Conservative groups known for attacking global warming science like Heartland, Heritage and Cato have received many millions of dollars from energy companies and sympathetic interests to cast doubt on the science of climate change and the need for policies to curb emissions.

They have had some successes. Climategate, the November 2009 hacking of emails from the University of East Anglia’s Climatic Research Unit, is the most notable case. Skeptic groups claimed the hacked emails showed evidence that scientists were overstating the human influence on climate change, and they received nationwide media attention for their accusation.

By helping to foster doubt about mainstream climate science, the organizations helped put the nail in the coffin of U.S. climate legislation in 2010 and reduce public confidence in climate scientists. Although six separate inquiries into the scandal exonerated researchers of wrongdoing, only 57 percent of Americans believed global warming was happening by the start of 2010, down from 71 percent in 2008, according to a Yale Project poll.

James Taylor, a senior environmental fellow with the Heartland Institute suggested they’re hoping for similar results from this campaign.

“Climate change is a major political topic again,” ever since President Obama made climate action a priority for this second term, said Taylor. “People are looking for a more centralist view. We’re trying to give it to them.”

Environmental activists and several scientists said they’re not as worried as they might have been just a few years ago.

Cindy Baxter, a longtime climate campaigner, said she thinks climate skeptics “are getting more shrill, but getting less notice,” because Americans are more convinced that global warming is real.

“Hurricane Sandy. Droughts. Flooding. Wildfires. People are feeling the effects of climate change. That makes it harder to deny,” said Baxter, who is also a co-author of Greenpeace’s new report Dealing in Doubt, which chronicles the history of climate skeptic campaigns. Polls say a larger majority of Americans from both parties see recent waves of deadly weather as a sign of climate change.

But Michaels of the Cato Institute said he isn’t convinced his messages are falling on deaf ears, especially among IPCC scientists.

“Do I think the IPCC is very sensitive to these critiques?” he said. “Do I think they keep an eye on what me and my apparently few friends are saying? You bet I do.” 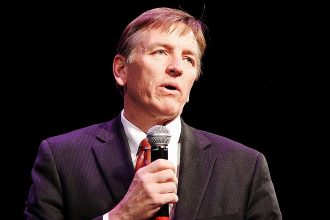 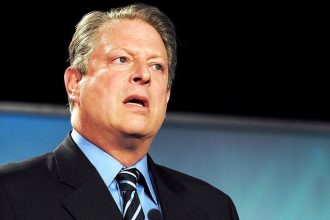