The United Nations panel of climate science experts mentioned it in a 2013 report, scientists have published more than 200 papers analyzing it, and climate deniers said it was proof that climate change didn’t exist, but in reality the global warming “pause” or “hiatus” never occurred.

That is the conclusion of a pair of studies, published Tuesday in the scientific journal Environmental Research Letters, based on statistical reassessments of a recent 10-year period that appeared at the time to evince a flattened warming curve.

These are the latest of several assessments to caution that the hiatus theory has no real significance either for climate science or for science-based policy. Even so, they seem unlikely to stamp out the discussion, which has become a deeply embedded meme in some circles.

“In hindsight, with current GMST [Global Mean Surface Temperature] datasets, there is no statistical evidence for a ‘pause,’” concluded one of the two studies, which reassessed temperature monitoring from the late 1990s and early 2000s.

The second study, which focused on what appeared to be a difference in observed temperatures and earlier projections from climate models, reached a similar conclusion.

“There was a natural slowdown in the rate of warming during roughly the decade of the 2000s due to a combination of volcanic influences and internal climate variability, but there was no actual ‘hiatus’ or ‘pause’ in warming,” Michael Mann, director of the Earth System Science Center at Pennsylvania State University and an author of the climate modeling study, said.

A Lack of Arctic Data

The notion of a pause in warming from approximately 1998 to 2012, was fueled in part by incomplete data and erroneous projections that have since been corrected, the studies conclude.

It’s long been obvious that if there had been any blip in the trends it was temporary. The years that followed have hit new temperature records.

And new evidence has made clear why some were fooled.

Scientists know, for example, that the Arctic is warming at a faster rate than the planet as a whole, but there weren’t enough temperature observations from the Arctic in the early 2000s to accurately measure the changes that were occurring there. As a result, data sets on global temperature tended to omit the Arctic until recently, when researchers came up with a better way to extrapolate data from the region.

“We simply didn’t have all the information available at the time,” Stephan Lewandowsky, a researcher at the University of Bristol and lead author of the climate modeling report said.

When scientists noticed a difference between observed temperatures and temperatures projected in climate models, they dug deeper into the science.

“When things don’t look quite how you expect, you dive into it,” said Gavin Schmidt, a climate scientist and director of the NASA Goddard Institute for Space Studies. “People looked into it, and it turned out to be nothing.”

In 2015, researchers with the National Oceanic and Atmospheric Administration were some of the first to reach the conclusion that there hadn’t been any pause or hiatus in global warming.

Their findings came under attack by U.S. Rep. Lamar Smith (R-Texas), then chairman of the House Science Committee, who subpoenaed the agency for “all documents and communications” related to their research.

“He found something that was within his purview that he could then use to champion this nonsense idea that scientists were cooking the books or being politically swayed, when in fact he was the person doing all the political swaying,” Schmidt said.

The current studies, coming on the heels of the recent special report by the Intergovernmental Panel on Climate Change and the fourth National Climate Assessment, “put to rest” any lingering notion of a pause in global warming, said Brenda Ekwurzel, the Union of Concerned Scientists’ director of climate science.

“It’s very clear that the climate is warming faster,” Ekwurzel said. “Climate change is real, it’s due to us primarily, and we have a choice about the future emissions that continue to contribute to warming global mean surface temperature.” 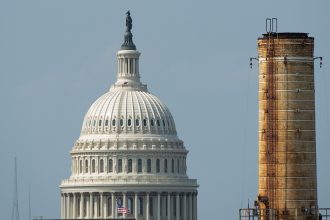 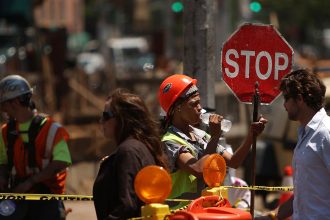