Methane is a potent greenhouse gas, with more than 20 times greater global warming potential than carbon dioxide. Yet scientists admit that their knowledge about methane’s sources and movements through the carbon cycle is still incomplete.

Two new studies published earlier this month in the journal Science chip away at this lack of knowledge. In one study, an international team of scientists reported new data showing that freshwater sources, such as lakes and streams, contribute more methane to the atmosphere than previously thought. The other study clarified how methane is consistently cleansed from the atmosphere.

Together, they provide a clearer window on methane’s behavior in two places in the carbon cycle, improving the tool set scientists can use to track and measure the contribution of the greenhouse gas on warming global temperatures.

Methane is produced in environments with little or no oxygen by bacteria that feast on decomposing organic matter, such as grasses and wood. Almost half of the world’s methane comes from natural sources such as wetlands, rivers and streams, gas hydrates on the ocean floor, and permafrost. Termites, surprisingly, are the second largest source of global natural methane emissions; they produce the gas as part of their normal digestive process.

Human-related activity is responsible for the other half of global emissions. Methane is released from the extraction and burning of fossil fuels for electricity and transportation; from rice paddies, landfills, and from cattle. Atmospheric methane levels were relatively constant from 1999 to 2006, but in 2007 to 2009, globally averaged methane levels began to increase.

There is much less methane in the atmosphere than CO2: about 1800 parts per billion (ppb), compared with an estimated 380 parts per million of CO2, according to the International Panel on Climate Change.

“Methane is a reactive gas so it fully influences the atmospheric chemistry that goes on,” Gavin Schmidt, a researcher with the National Aeronautics and Space Administration’s (NOAA) Goddard Institute for Space Studies told SolveClimate. “It is more important than a lot of people think it is,” added Schmidt, who didn’t work on either study.

Even so, scientists say there are uncertainties related to methane that can affect predictions of how the climate will change in the future. In particular, the role of methane sources such as freshwater lakes and streams in the carbon cycle has been unclear.

That is what led the international team of scientists to pull together methane emissions estimates from 474 freshwater ecosystems. They used new data on the area and distribution of inland waters, and estimated the total global methane emissions from freshwaters, which exceeded previous estimates.

Previously, freshwater sources have been considered sinks that absorb greenhouse gases. Identifying methane emissions from these same freshwater bodies results in a reduction of land area that can absorb the gases, by as much as 25%. This new data provides scientists with a better understanding of the balance between natural carbon sequestration and greenhouse gas releases from fresh water bodies.

John Downing, an Iowa State professor in the ecology, evolution and organism biology department, and a co-author of the paper, cautioned that study doesn’t indicate there is more methane in the atmosphere than current estimates show.

“The methane flux we write about is natural and has been happening as long as there have been freshwaters – we have just not paid much attention to it,” added lead author David Bastviken, professor in the department of water and environmental studies at Linköping University in Sweden. “Freshwaters are not to be considered as environmental threats,” Bastviken told SolveClimate.

The finding means that local environments acting as sinks that absorb CO2 may be less common than expected. “So, efforts to keep and expand sink areas should increase while at the same time we should cut emissions from fossil fuels,” Bastviken said.

While this paper provides more clarity on methane sources and sinks, it still doesn’t provide the complete picture. “There are other aspects of carbon and greenhouse gases related to freshwaters for which our knowledge is still very limited,” Bastviken added.

A separate international team looked at the way methane behaves in the atmosphere to better understand why it is destroyed within a 10-year timescale. Carbon dioxide emissions can persist and accumulate in the atmosphere for hundreds of years.

The team zeroed in on atmospheric levels of something called the hydroxyl radical, which barely changes from year to year. It is a highly reactive molecule that acts as a natural air cleanser.

“In the daytime, hydroxyl’s lifetime is about one second. Once created it doesn’t take long to find something to react with,” said Stephen Montzka, the study’s lead author and a research chemist at the National Oceanic and Atmospheric Administration (NOAA) Global Monitoring Division.

The hydroxyl radical helps clear the atmosphere of many hazardous air pollutants and some greenhouse gases, such as methane – but not carbon dioxide. Montzka explained that the 10-year timescale of methane in the air is determined by the consistency of levels of the hydroxyl radical, a critical player in atmospheric chemistry.

Previous research by scientists indicated that the global concentrations of the hydroxyl radical might fluctuate by as much as 25% each year. “If true, those large swings in the levels of hydroxyl would be of concern, because they would mean that the atmosphere’s self-cleaning ability was sensitive to human-caused or natural changes in the atmosphere,” said Montzka.

The international team estimated hydroxyl levels indirectly by making measurements of a hardier atmospheric chemical that reacts with hydroxyl, known as methyl chloroform. From the 1980s through the 1990s, researchers compared the levels of methyl chloroform emitted into the atmosphere with the levels measured in the atmosphere, and derived fluctuations for hydroxyl of 25% each year.

But more recently, production of methyl chloroform stopped due to the requirements of the Montréal Protocol, an international agreement to phase out chemicals known to destroy the stratospheric ozone layer.

The steady decline in methyl chloroform allowed the researchers to conclude that hydroxyl levels must have been fairly steady all along. “Previously, emissions of methyl chloroform had obscured our picture of the hydroxyl radical,” making it appear to vary wildly from year to year, Montzka said.

The team based its most recent data on actual measurements of methyl chloroform in air samples gathered by NOAA’s international cooperative air sampling program, and with models developed in Germany and the Netherlands.

The assessment can help provide more certainty to a plan designed to reduce the impact of methane on the environment. The ability of the atmosphere to clean itself is limited, since the study results suggest that hydroxyl radical changes are unlikely, Montzka said. 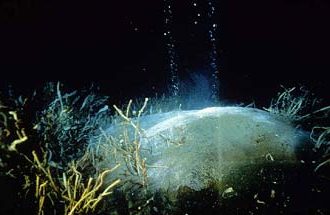 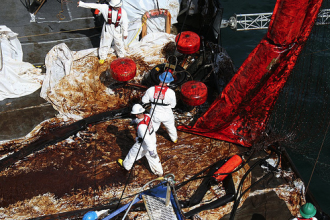 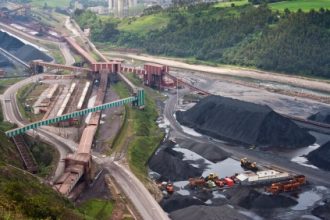 EPA Petitioned to Regulate Release of Coal Mine Methane