Judicial review is about to meet peer review in a federal courtroom in San Francisco, where sparring cities and fossil fuel companies have been called to brief U.S. District Judge William Alsup this Wednesday on the basics of climate change.

You wouldn’t think the science of climate change was like that. No court finding can dictate whether man-made greenhouse gas emissions are warming the planet and causing damage to people, ecosystems and cities. A jury, if this case reaches one, ought to be able to comprehend overwhelming evidence that explains these realities.

In this case, the cities of San Francisco and Oakland are trying to hold five major fossil fuel producers liable for the costs of protecting their coastal areas from rising seas, saying the companies knew long ago that burning hydrocarbons would warm the planet and melt the ice caps.

For whatever reason, the judge decided to ponder the science in a mock classroom, rather than simply let the advocates for both sides spell it out in briefs. And to kick-start the discussion, he issued a quirky set of preliminary questions.

It would have been pretty easy for him to look up the answers, in the works of learned societies, federal inter-agency committees, and the authoritative United Nations climate change panel.

Scientists quickly circulated their own answers, like these on Twitter and these in a lengthy, crowd-sourced posting. NASA Jet Propulsion Lab earth scientist Alex Gardner’s talk in the video above provides another overview of ice sheets, climate change and sea level rise.

Here’s a quick, simple, plain English rundown of answers, with the questions abbreviated.

What caused ice ages to begin and end, and when the ice melted how much did the seas rise?

As the ice melted, the seas rose by hundreds of feet. That won’t happen in our lifetimes, but we are locking in more sea rise every day.

Scientists who study the distant past see risks of tipping into a catastrophe if we don’t rapidly reduce emissions. The judge seems to recognize that our study of climates long ago is useful for understanding our present predicament and predicting the future.

What’s the molecular reason that CO2 is a greenhouse gas, unlike oxygen and nitrogen?

Three-atom gas molecules can bend during energy transfer, while two-atom molecules can only stretch. Bending takes less energy than stretching. For this reason, the greenhouse gases most readily absorb the low-energy heat given off by the earth.

As an expert witness, you can throw around terms like “homonuclear diatomic molecules” to describe why oxygen isn’t a greenhouse gas (it has two of the same type of atom and doesn’t bend). If you’re groping for a courtroom metaphor, it’s like the difference between a charcoal grey flannel suit and a pale, breathable seersucker.

How is it that trapped infrared radiation is turned into heat and finds its way back to sea level?

It’s so simple that there’s a whole genre of YouTube videos on this one. The sun shines on our planet and warms it up; it gives off infrared heat like a radiator; the CO2 in our air traps some of this heat; and then radiates it both upward into space, and downward to the surface. The more CO2, the warmer the planet becomes as some of the heat it radiates bounces right back.

It would be surprising if anyone argues otherwise in court. The main point here is that everyone, including the fossil fuel companies, have known this for a long time.

Does the CO2 reflect some of the sunshine back into space so it never warms the surface in the first place?

Yes, it reflects a little—we call it a shortwave effect, your honor—but not enough to matter. The latest research suggests that it amounts to about 4 percent of the “radiative forcing,” which is the fancy term scientists use to talk about the overall warming effects of greenhouse gases.

What does this have to do with the liability of the fossil fuel industry for climate damages? Practically nothing.

What happens to all our direct heat—from cars, radiators, furnaces? Is this part of the problem?

Again, it’s trivial—about 1/100th of the greenhouse effect. Raising it in a climate change liability case would be a red herring.

In school we learned that humans exhale CO2 but plants absorb it and exhale oxygen. True? And why haven’t plants solved the CO2 buildup for us; and is our growing population’s breathing part of the problem?

Let’s take this from the bottom: human (and all animal) breathing is pretty much carbon neutral because the CO2 it returns to the atmosphere was already there very recently.

As for plants soaking up the excess, forests and other vegetation are indeed major carbon sinks that can absorb lots of carbon—in other words, healthy forests could offset some of our global warming pollution. But we have been laying them to waste, especially in the tropics. Razing and burning forests releases stored carbon, making the problem worse.

Plants can only capture enough CO2 to absorb about a quarter of emissions. The oceans, too, absorb a lot of CO2, although that’s not a good thing because it makes the water more acidic. About half of the emissions stay in the atmosphere, where they last for many centuries.

Where does most of the CO2 buildup in the atmosphere come from?

A softball. It’s from burning fossil fuels. It seems unlikely that even the defendants in this lawsuit will challenge this, because they’d be laughed out of court.

The judge tipped his hand here, asking the question in a pointed way. He wants to know about the “incremental buildup” of carbon dioxide. So don’t go telling him the man-made contribution is just a drop in the naturally occurring bucket.

Where does most of the heat buildup come from?

Again, we’re talking about the “incremental rise in temperature.” That makes the answer easy for scientists. They can cite the IPCC: “It is extremely likely that human influence has been the dominant cause of the observed warming since the mid-20th century.”

Some people, well-known for disputing the mainstream consensus on climate science, are asking the judge to admit their views in a friend of the court brief, asserting that  “there is no agreement among climatologists as to the relative contributions of Man and Nature to the global warming” of the past several decades. Another familiar trio, asserting that the climate always changes, that it’s impossible to say how much of the “modest” recent changes are due to humans, and that there’s been no significant increase in damage, offered their own answers to the eight questions.

The judge has said he’ll allow expert witnesses; but he’s not likely to open the forum to all comers, which could create a three-ring circus.

There will already be plenty of room for competing views—and perhaps some argument back and forth over what it all means.

The judge, for example, also asked the parties to bring in a timeline of how climate science evolved over the years—presumably to illuminate who knew what, and when. An example of this kind of timeline can be found here.

The proceedings will be recorded, but not live-streamed. Eventually, a video will be available here. [Update: A transcript of the court tutorial, where an attorney for Chevron spoke, was released in April. Also relased were written comments the judge requested from the four other companies: BP, Shell, ConocoPhillips and Exxon.] 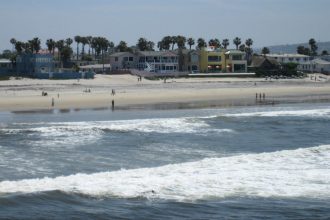 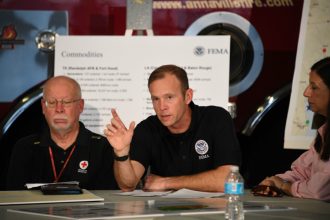 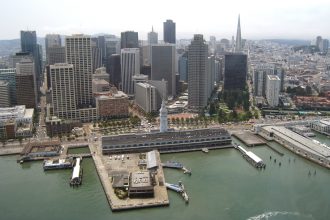