New York lawmakers approved one of the most aggressive climate policies in the world early Thursday, requiring net zero emissions for all sectors of the state’s economy by mid-century.

The Climate Leadership and Communities Protection Act requires New York to get all of its electricity from carbon-free energy sources by 2040 and then reach net zero emissions by 2050.

The final version of the bill, if signed by Democratic Gov. Andrew Cuomo as expected, would make the state one of the few major jurisdictions globally with legally binding emissions reduction targets that meet goals set by the Paris climate agreement.

“It clearly puts New York among the frontrunners both in the United States and globally in terms of climate policy ambitions,” said Jesse Jenkins, a researcher at Harvard University’s Center for the Environment.

The bill was a compromise negotiated as the legislative session was drawing to a close, and some activists who had favored an earlier version said the final version fell short on pay scales for workers and provisions to help struggling communities.

“Ultimately, the Climate Leadership and Community Protection Act is a partial victory for New Yorkers,” NY Renews, a coalition of more than 180 environmental, justice, faith, labor, and community groups said in a written statement.

Four other states and Puerto Rico have 100 percent clean energy mandates, but Hawaii is the only state so far with a similar law on net-zero emissions. California’s governor signed an executive order in 2018 requiring net zero emissions for that state by 2045, but the order has not been codified into law. Norway and Sweden have similar requirements.

Exactly how New York would meet the goals and help low-income residents has yet to be determined. The bill includes goals for more offshore wind power. But the state would have to overhaul much of its economy, including cleaning up industry and upgrading buildings and homes in a state where the use of heating oil is widespread, shifting all vehicles from gas to electric, and modernizing the power grid—about 60 percent of energy generate in New York today is from clean energy sources—to reach 100 percent clean energy in the next 20 years.

New York City approved a package of climate policies in April to cut greenhouse gas emissions by 40 percent from many of its large buildings. Statewide, however, the new legislation leaves most of the details to a committee to come up with a plan over the next two years, and then to state agencies.

15% of Emission Cuts from Carbon Offsets?

A key to reducing opposition to the bill from the business community was a last-minute amendment that changed the mid-century economy-wide zero emissions requirement to a “net zero” requirement.

The change allows for 15 percent of emissions reductions to come in the form of “carbon offsets,” which allows parts of the economy that are hardest to decarbonize, such as heavy industry or cement production, to continue to emit greenhouse gases so long as the emissions are offset by other activities, such as changes to forest and land use practices that sequester carbon dioxide.

Jenkins and several dozen other energy experts had recommended the change from zero emissions to net zero emissions in a letter to state legislators in April.

“Achieving zero net emissions, rather than zero direct emissions (which means not emitting any CO2 at all), is ambitious, consistent with the scientific recommendations of the IPCC, and provides greater flexibility to meet climate goals at lower cost,” the letter stated.

Some carbon offset programs, especially those that fund projects in other countries, have come under increasing scrutiny for lax enforcement and an inability to deliver on promised emissions reductions. The bill places strict rules on offsets including a requirement that, when possible, offsets occur within the same county and within 25 miles as the source of emissions.

While the change did not garner the full-throated support of business interests that had been opposed, it did help soften their opposition.

“Over the past few days there have been amendments made to the original bill, which [are] encouraging, however even the newest variations leave concerns, ” The Business Council of New York State, which had previously stated its opposition to the bill, said in a statement.

But while the bill drew widespread praise for its ambitious goals, it fell short on a number of key provisions for disadvantaged communities and labor that had initially drawn comparisons to the idea of a national Green New Deal.

A prior version of the bill required 40 percent of funding of state clean energy programs to go to disadvantaged communities. The final version reduced the requirement to 35 percent and swapped “funding” for “benefits” of such programs, something that community advocates say will be harder to enforce.

“We went from an enforceable requirement that a specific percentage of specific funding pots be allocated to directly benefit specific communities, to language that is essentially a goal,”  Stephan Edel, director of the New York Working Families Project, said.

The bill originally also had strong jobs provisions, including paying prevailing wages and giving preference to minority-owned contractors for clean energy projects that benefited from state funding or tax breaks. The final version simply said such projects would be subject to the state’s current prevailing wage law.

Under current law, many of the state’s clean energy projects would not meet prevailing wage requirements, however that could change under a package of public works bills currently under consideration by the house and senate.

If the New York bill is signed into law, something Cuomo indicated he would do earlier this week by formally requesting an immediate vote, many details of the climate policy will be worked out over the next two years by a “climate action council” made up of state officials as well as representatives from environmental justice, labor, business and other advocacy groups.

The bill would also codify into law specific clean energy targets already called for by Cuomo, including a requirement for at least 9 gigawatts of offshore wind by 2035 and 3 gigawatts of energy storage by 2030.

Several other states across the country are also ramping up efforts to address climate change, in part to fill the void left by federal inaction on the issue. Among them: 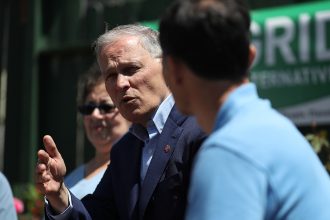 Washington Commits to 100% Clean Energy & Other States May Follow Suit 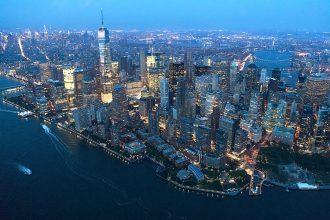