As one of the last states to join the natural gas hydraulic fracturing fray, Michigan might be one of the first to create a regulatory climate that pleases both regulators and water protection groups, avoiding drilling bans, moratoriums and — hopefully — water pollution disasters.

But close on the heels of the sale, environmental groups called for state regulators to take a closer look at the controversial process that is used to extract the gas.

Hydraulic fracturing, or “fracking,” requires the high-pressure injection of millions of gallons of water mixed with sand and chemicals into the shale to fracture the formations and release the natural gas.

In recent years, such operations have been blamed for surface water pollution in Pennsylvania, home of the gas-rich Marcellus Shale formations, and New York has issued a moratorium on fracking until July. The EPA is also undertaking a scientific review of fracking operations, and is expected to issue its findings in late 2012.

Michigan water protection groups are concerned that fracking will fracture not only shale, but also the water wonderland that makes the northern half of the state such a unique place to live and vacation. In November, 34 groups signed on to a letter in November from the Tipp of the Mitt Watershed Council to the Department of Natural Resources and Environment (DNRE) asking the state to consider several steps to help ensure the safety of water resources.

Grenetta Thomassey, program director at Tipp of the Mitt, said the goal of the letter was to focus attention on protecting water resources, not halting drilling.

“Water is our realm, and we don’t get involved in other areas,” she said, adding, that “the arguments are not there, I think, for a ban or moratorium [in Michigan].”

The Watershed Council is instead helping spearhead a cooperative readjustment of regulations and policies to assist the push for new natural gas resources.

“There are plenty of ways to work within the current laws,” Thomassey said.

One of the first, and possibly most important, moves the state made was in addressing the groups’ suggested removal of the oil and gas industry exemption in the state’s Natural Resources and Environmental Protection Act. The exemption allows oil and gas drilling operations to withdraw large quantities of water without permits or registration.

But because removing the exemption would require legislative action, state officials instead simply added use of the state’s Water Withdrawal Assessment Tool (WWAT) as a drilling permit condition. The WWAT was created under the Great Lakes Water Compact to assess the impact of large withdrawals of water.

In a response letter, then-director of the DNRE, Rebecca Humphries, stated: “The DNRE will not approve a withdrawal of water for hydraulic fracturing if it is likely to cause a significant adverse impact to groundwater or surface water.”

In addition, the state has also proposed a well density of up to 640 acres per well, a change from 40 to 80 acres for conventional wells in the past. However, at the first hearing last August, all parties agreed there was too little information to make a decision at that time. The hearing has been postponed until at least June.

Harold Fitch, a state environmental official, said the DNRE is in the process of reviewing policies regarding the composition of fracking fluids and the after-effects of drilling operations.

The exact chemicals used in the fracking process have been considered proprietary in the past, but Fitch said Michigan is considering a disclosure requirement.

One possibility is a database system being prepared by the Ground Water Protection Council. The system, the Risk Based Data Management System for Water (PDF), is currently being tested in Ohio for coal mining operations. The next phase of testing, which will address hydraulic fracturing in New York and Pennsylvania, is expected to begin this summer.

Another issue is requiring additional details on the composition of flowback fluids produced during fracking operations. Because deep-shale fracking requires several million gallons of fluid, flowback fluids containing chemicals must be stored and ultimately disposed of in permitted injection wells.

At present, Fitch said the state requires “basic information on fluids produced during testing” but maintains the authority to require more information on volume and composition.

The third item is to require details on injection pressures and rates to define the extent of fracture.

Tighter Regulations for Wells than Other States

Currently, only two deep shale wells are in place, 15 well permits are active and 12 permits are under review. Fitch said he is confident Michigan’s regulations and policies are adequate to protect the public and the environment.

“Michigan has many safeguards already in place that people may not be aware of and we are trying to get the word out,” he said.

For example, Fitch noted that unlike some other states, Michigan does not allow use of open surface pits for fracking fluids and flowback, but rather requires storage in stainless steel tanks. Michigan’s disposal zone requirements are also very strict, as is the requirement for drillers to notify the DNRE at least 24 hours before starting a fracking operation.

As for reports of fracking-related water pollution events in other states, Fitch said they are unlikely to occur in Michigan thanks to regulations regarding well construction.

“In Michigan we have very tight regulations for surface casings and intermediate casings for extra protection,” he said. “Problems only occur when construction is inadequate.”

As Michigan regulators consider strengthening industry requirements, they also await the findings of the EPA’s study due late next year and have pledged to make any changes necessary based on the study’s results.

Thomassey said that taking a local approach to policies and regulations is key. “We are not Texas, New York or Pennsylvania,” she said. “We have different geology and rules. We want to be Michigan-specific.” 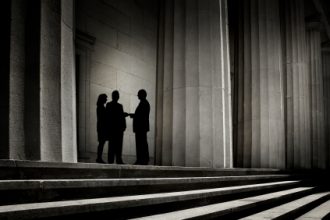 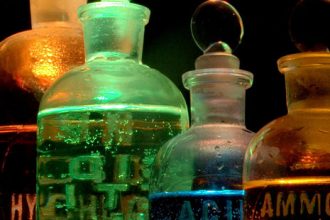 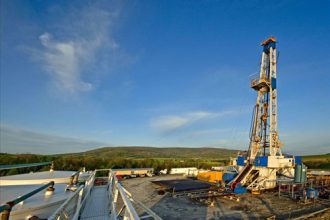