The stage is nearly set for the Trump administration to slap tariffs on imported solar panels, after the U.S. International Trade Commission (ITC) ruled on Friday that two bankrupt solar manufacturers had been harmed by the flood of competition from overseas.

But the surge of low-cost panels from China and elsewhere, which the ITC said harmed manufacturers Suniva and SolarWorld, has been a boon to American consumers, making power from the Sun much more affordable.

Installers and financiers of solar power systems have warned that a Trump administration effort to protect the moribund U.S. manufacturers would undercut the market, forcing sharp price increases after years of price declines for photovoltaic energy. And that, they warned, would also put tens of thousands of U.S. jobs and billions of dollars of investment at risk.

Aside from shaking up an intensely competitive industry, what does this tangled trade case mean for the homeowner who has been hoping—some day, when the price is right—to go solar?

The short answer: It’s complicated. But the decision that the manufacturers have been injured does not necessarily mean that you can’t go right ahead and add those panels to your roof. A host of other factors—your state’s electricity prices and policies, the appeal of federal tax breaks and local subsidies, and your ability to connect with an installer who can explain the ins and outs of a purchase or a lease—might be as important as trade policy decisions in Washington.

The ITC ruling is one step in a process that will last for at least another month. The ITC has to take up the question of what penalties to recommend—a hearing is set for October 3—and issue recommendations, expected in November. The Trump administration then has the final decision.

In the meantime, here are a few of the issues for consumers to ponder:

How expensive could solar get?

Expect sticker shock if the Trump administration imposes the kind of temporary tariff and price floor that Suniva has proposed.

An analysis by GTM research shows the prices for big utility-size solar would double in 2018—in effect, turning the clock back six years as prices return to their 2012 levels.

But the price of residential rooftop systems wouldn’t double in that scenario, because the price of the solar module is only a small fraction of the price of an installed system. Labor, supply chain costs, permitting and other so-called “soft costs” account for most of the money homeowners have to lay out when they go solar.

A 15 percent jump in residential solar system prices would be more likely, based on the latest average price figures from the U.S. Department of Energy’s National Renewable Energy Laboratory.

How likely is a solar price hike?

The ITC ruling tips the balance in favor of a tariff that most industry observers believe President Donald Trump was inclined to impose anyway.

The case tests his commitment to an anti-import, pro-manufacturing agenda while at the same time giving him an opportunity to benefit the fossil fuel industry, at least indirectly. At this point, though, it’s not clear what level of a price floor or tariffs the Trump administration will choose, if it chooses to use trade penalties at all. It can accept, reject or amend the ITC recommendations.

One big question: whether Trump is willing to offend China when he needs its help on unrelated issues, like the North Korea nuclear crisis.

My state is pro-solar. Will things be different?

Maybe. Currently, rooftop solar energy is cost-competitive with conventional electricity from the grid in 43 states, according to GTM Research. A price floor and tariffs could eliminate solar’s advantage in 17 of those states.

But in 26 states—including the half dozen that make up the bulk of the U.S. market—solar energy still will make economic sense compared to the cost of grid electricity.

In California, a residential customer could be saving 20 percent on his or her utility bill in the first year after installing rooftop solar, according to GTM. Under the kind of trade sanctions now being considered, the savings would be between 10 and 20 percent—still above the price point that appears to drive increased demand.

Should I buy now, before solar prices jump?

That may not be so easy. One Phoenix, Arizona, installer told NPR that there’s “a sort of panic buying mode in the marketplace right now,” with installers scrambling to stock up on panels. That could disproportionately hurt consumers in the residential market.

Cory Honeyman, associate director for U.S. solar at GTM Research, said that a lot of the stocking up of inventory probably was done by the utility sector, which has more ability than residential installers to buy panels in bulk and stockpile spare inventory.

There’s a global glut of solar photovoltaics, but much of that supply is committed to countries other than the United States.

“I think if every installer could procure all of their 2018 pipeline and anticipated sales now, they would, given all the uncertainty here,” he said. “The challenge is there’s only so much available supply that can serve the U.S.”

Bottom line: The price of panels already may be rising.

Would this mean the government is trying to discourage me from going solar?

Because the federal solar tax credit allows consumers to recoup 30 percent of the cost of putting up a solar energy system this year, no matter how much they spend on the installation, Uncle Sam will be taking part of the hit if it drives prices up.

The investment tax credit is set to phase out after 2019. But so would the protective tariffs, under the section of the trade law that’s being invoked.

Is there a difference between leasing and buying?

For several years, leasing arrangements by companies like SolarCity, Sunrun, Sungevity and others, drove the residential solar market—making it easy for residents to benefit from rooftop installations without a big upfront outlay of cash.

Just as a consumer who leases an electric car doesn’t see the tax break but does enjoy the cheap fuel, a homeowner who goes that route ends up with seemingly free panels on the roof and a much lower electric bill, possibly even running the meter backwards.

At the end of last year, the number of homeowners who were buying their systems outright outpaced the number that were financing through third parties—a testament to how affordable rooftop solar had become, but also a result of the crackdown by utilities on generous net metering arrangements. It’s not clear whether a price increase due to trade sanctions will be large enough to push more homeowners to go back to the leasing route.

So, what’s the bottom line?

Honeyman of GTM Research said that instead of focusing on the uncertainties in Washington, consumers should look closer to home.

“Are you in a state where there’s already a lot of solar being put on your neighbors homes?” he asks. “If so, that means solar is already fairly attractive. From there, how much it is actually going to change is going to be a state by state calculus.”

GTM is projecting nationwide residential solar sales will be down 30 percent from previous projections, with continued strong sales in markets like California and Arizona, but progress stalling in toehold states like Pennsylvania, South Carolina and Texas.

“For states where solar was on the cusp of being viable, the timeline will be set back,” Honeyman said.

Is there anything else to consider?

No matter where you live or what the Trump administration decides to do about imported solar panels, it’s carbon-free electricity at a time when science says the world must wean itself off fossil energy. And in the long run, price pressures point only downward for a technology whose fuel, sunshine, will always be free. The technology’s main selling point is something you can bank on, even while future policy and prices are up in the air. 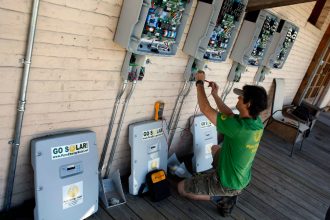 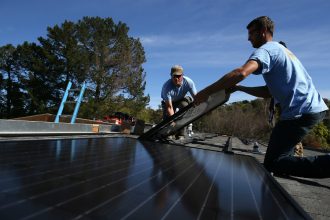 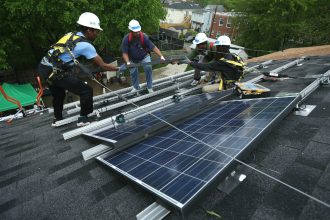 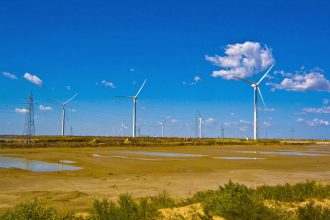 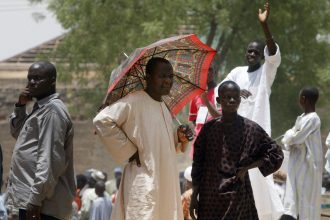