In June, Wheeler was in Sheboygan, Wisconsin, declaring victory over the city’s fight against smog. On Monday, he visited Toledo, Ohio, to unveil more than $12 million in grant funding from the agency to help clean up the Great Lakes. And on Wednesday, the nation’s top environmental protection official held a press conference to announce that the U.S. was proposing to regulate greenhouse gas emissions from airplanes for the first time.

“The Trump administration is leading by example, and we set the example for the entire world,” Wheeler told reporters on Wednesday’s press call. “We have actually, with today’s action, taken more steps to reduce CO2 emissions than the Obama administration.”

But those so-called victories all come with major caveats, and Wheeler’s claim that the Trump administration has done more than its predecessor on carbon emissions is, at best, highly misleading. In Sheboygan, air monitoring zones were redrawn to exclude certain areas with high pollution readings. In Toledo, Mayor Wade Kapszukiewicz called the $12 million a drop in the bucket when it comes to the magnitude of the state’s algae problem, which has cost Ohio $1 billion in mitigation efforts since 2014.

And by the administration’s own admission, the new aviation emissions standards that the U.S. is proposing to adopt will do nothing to further reduce the country’s rising greenhouse gas levels because the airline industry had already imposed those standards on itself four years ago.

In fact, recent polls indicate that Trump’s greatest political weakness among voters is his environmental policy. That could help explain Wheeler’s recent quest to rebrand the administration as a champion of the environment as the president heads into the November election on shaky political ground.

In reality, the Trump administration has reversed, revoked or otherwise rolled back nearly 70 environmental rules and regulations, and is in the process of rolling back 30 more.

“Everything they’ve done has either made no difference at all or involved significant cutbacks,” Richard Revesz, a New York University law professor and founder of the Institute for Policy Integrity, said of the administration’s environmental policy decisions. “So, the airline standard that was announced (Wednesday) is essentially business as usual.”

In the U.S., transportation is responsible for roughly a third of the nation’s carbon emissions, according to the Environmental Protection Agency, with aviation accounting for 10 percent of that. Globally, aviation is responsible for about 2.4 percent of total emissions, according to a 2019 study by the International Council on Clean Transportation.

While aviation emissions are relatively small when compared to the power sector or even passenger cars, emissions from aircrafts are expected to triple by 2050, according to the International Civil Aviation Organization, a United Nations body.

In 2016, that body put forth a plan, which was widely accepted by the aviation industry, that requires new aircraft starting in 2028 to reduce fuel consumption by 4 percent compared to planes built in 2015.

The federal proposal Wheeler announced Wednesday merely codifies that plan, which the industry was already following, NYU’s Revesz said. “It’s not being done for any environmental reasons,” he said of the draft. “It’s being done to make it easier for U.S. planes to be sold globally, and it should not even be thought of as an environmental measure because it does literally nothing.”

Wheeler noted in Wednesday’s call that the decision would allow U.S. manufacturers—namely Boeing—to continue to sell its airplanes on the international market. And while answering questions from reporters, an agency official on the call admitted the proposed federal standards, if adopted, wouldn’t bring any future reductions in aviation emissions.

“We do believe the emissions of future aircrafts will be lower than today, in part because of market forces and because of announced plans from the industry,” the official said. “We don’t specifically attribute it to the proposed standards.”

The move also heads off any potential lawsuit the EPA would face had it not adopted any standards. Under the Clean Air Act, the agency is required to set aviation emissions standards. An “endangerment finding” during the Obama administration determined that airline emissions threatened human health through their contributions to climate change, triggering the act’s legal requirement that they be regulated.

Wheeler also used Wednesday’s announcement as an opportunity to portray two of the Trump administration’s most dramatic rollbacks of climate policy as environmental triumphs.

“This is the third time in the past two years that the Trump administration has taken major action to regulate greenhouse gases in a way that is both legally defensible, reduces CO2 and helps protect American jobs,” he said on the press call.

The two actions to which Wheeler was referring were the Affordable Clean Energy Rule, or ACE, and the Safer Affordable Fuel Efficient Vehicles Rule, or SAFE. Both rules replaced far more stringent ones established under the Obama administration.

The SAFE rule that the Trump administration finalized in March replaced vehicle emissions standards set by the Obama administration and marked the rollback of what would have been the biggest step any nation had taken to reduce greenhouse gases. The Trump rule will require automakers to decrease carbon emissions from their vehicles by 1.5 percent each year starting with 2021 models. That’s compared to the 5 percent annual decrease that had been required under the Obama standards.

And the ACE rule, which the Trump administration finalized last year to replace Obama’s signature climate policy, the Clean Power Plan, was designed to lower power sector emissions by between 0.7 percent to 1.5 percent from 2005 levels by 2030. That’s compared to a 32-percent reduction in the same time period that Obama’s Clean Power Plan sought.

Wheeler, a former coal industry lobbyist, said in the call that the administration expects a 35 percent reduction in power plant emissions by 2030, but the vast majority of those reductions are due to changes in the electricity market—switching from coal to natural gas and renewable energy—that have been happening independent of the Trump rule.

Wheeler also repeated his argument that the Supreme Court’s stay of Obama’s Clean Power Plan proved that it was “unlawful,” making Trump’s replacement the only legal plan that would reduce power sector emissions—hence doing more than Obama did to reduce greenhouse gases.

But that’s not a fair assessment of the situation, Revesz said, since the legal merit of Obama’s Clean Power Plan was never decided on, and because the high court temporarily halted the plan from going into effect at the Trump administration’s request while the case was reviewed in federal court.

The Trump administration replaced the Clean Power Plan before that court could rule on its legal merit. But Revesz said he believes the circuit court would have upheld the rule. He also said that characterizing Trump’s replacements as legal alternatives to Obama’s environmental rules stretches the truth since both ACE and SAFE face serious legal challenges.

The Trump administration has lost 57, or 90 percent, of the 64 legal challenges to its environmental policy decisions that have been ruled on so far, according to tracking by New York University Law School’s Institute for Policy Integrity.

“The view that the Obama actions are illegal and the Trump actions are legal is just a figment of Mr. Wheeler’s imagination,” Revesz said. 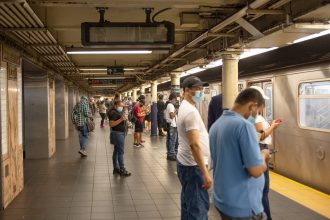 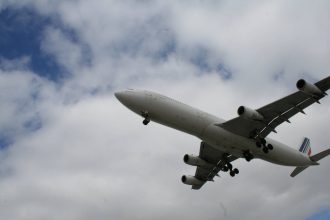 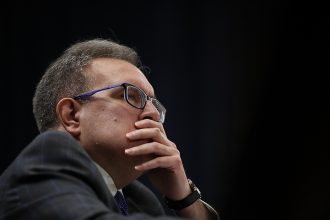 Wheeler in Wisconsin: Putting a Green Veneer on the Actions of Trump’s EPA 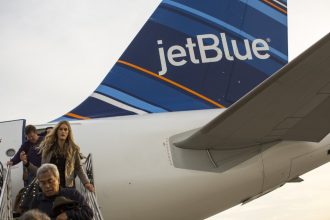