Pipe Dreams: Third in a continuing series on whether capturing carbon is a climate solution or a dangerous distraction.

As states rush to enact rules and regulations for the underground storage of carbon dioxide, a key question is who will hold long-term responsibility for projects that could require monitoring for decades.

The question is increasingly important, as a host of companies have proposed dozens of projects over the last two years that would pull climate-warming emissions from the smokestacks of ethanol plants, fertilizer factories and fossil-fueled power plants. If the projects move forward, they’ll need to pump millions of tons of captured carbon dioxide deep underground into depleted oil fields or saline aquifers, where the gas would need to be stored permanently.

The energy industry and others insist the practice is safe, but nonetheless some companies, including ExxonMobil and BP, have been seeking protections from long-term liability. And increasingly, state lawmakers are responding by putting governments, rather than industry, on the hook.

At least four states have passed laws over the last year that allow companies to transfer responsibility for carbon storage projects to state governments after the operations are shut down. At least three other states have similar statutes on the books, enacted years earlier.

Now, with the federal government poised to spend billions of dollars to jump start a carbon capture and storage industry, some environmental advocates warn these states are setting a dangerous precedent.

“Statutes that relieve operators of liability without due regard to existing legal principles create an incentive for sloppy management, leaks and public opposition,” said Scott Anderson, senior director of energy transition at the Environmental Defense Fund.

Poorly managed projects could increase the risk of carbon dioxide leaking through natural fissures or old wells and contaminating groundwater or escaping into the atmosphere, Anderson said.

He singled out a law enacted this year in Wyoming, saying it reduces the incentives for companies to act responsibly. Anderson’s organization is also studying laws passed in several other states over the last year, he said, including Nebraska and Indiana. West Virginia also passed a law this year allowing for liability transfer.

While the laws differ, each generally directs the state to assume at least certain responsibilities for carbon sequestration projects once they have been shut down and an operator can demonstrate the carbon has been stored safely for a period of time, generally at least 10 years. In some cases, such as Wyoming, the state would take on full ownership and liability. Louisiana, Montana and North Dakota have had liability transfer laws on the books for years.

The proposals appear to be dividing companies involved in carbon storage, people familiar with the bills said. Some of the legislation has drawn support from oil companies, including BP in Indiana and Denbury Inc. in Wyoming. While there is no evidence that ExxonMobil, which calls itself a leader in carbon capture and storage, has supported any of the bills, the company has separately identified liability as an important concern for carbon storage.

Erik Oswald, vice president of strategy development and advocacy at Exxon’s low carbon business, told a meeting of state oil and gas regulators last year that “ultimately the big challenge is liability,” according to a recording of the presentation obtained by Inside Climate News. “We have to deal with liability once you put all this CO2 in the ground,” he said.

Internal Exxon documents, obtained by Inside Climate News in a public records request, also report that the company supports regulatory changes including “a mechanism to de-risk the long-term liability obligations for stored CO2,” tied to a carbon capture project it has proposed in Texas.

Todd Spitler, an Exxon spokesman, said in an email that “ExxonMobil supports a policy and regulatory framework that includes a mechanism to address long-term liability obligations for stored CO2,” but he declined to answer whether Exxon has supported the state legislation.

The bills’ supporters have said the liability limits are necessary to help attract investment and establish a clear framework for who will be responsible for storage projects decades after they’ve been shut. Matt Fry, senior policy manager at the Great Plains Institute, a nonprofit that has been working with states and industry to develop regulations for carbon storage, said some companies will inevitably go bankrupt and dissolve, so it makes sense for state governments to assume long-term liability. Financiers, he said, are reluctant to invest billions without such protections.

The bills generally establish funds, paid for by industry, to cover costs associated with fixing or re-plugging old injection wells if problems arise. As a result, Fry said, taxpayers won’t have to pay when things go wrong.

But Anderson noted that this approach stands at odds with regulations governing tens of thousands of other types of injection wells that already store wastewater from oil and gas production and other hazardous substances across the country. Companies often retain responsibility if those wells start to leak, even if the project has been closed.

The Environmental Defense Fund raised its concerns about the transfer of liability in comments submitted this month to the White House Council on Environmental Quality, which issued draft guidance in February for carbon capture and storage projects. The guidance is meant to help steer federal permitting and oversight of projects as the Department of Energy readies billions in grants, loans and other support that was allocated by last year’s infrastructure bill.

The comments warn that liability provisions in some states are inconsistent with requirements set by the Environmental Protection Agency and “will tend to encourage mediocre operations or worse.” The environmental advocacy group urged the EPA to deny states the ability to regulate their own carbon dioxide injection wells if they adopt such statutes, and to revoke that right if they have already received it. So far, only Wyoming and North Dakota have secured so-called “primacy” from the EPA to regulate their own carbon dioxide injection wells. Louisiana is in the process of applying.

The Environmental Defense Fund’s comments also recommend that the Energy Department “proceed cautiously if at all when making subsidies available to projects in states that take this approach.”

In Wyoming, however, the liability changes were passed as stand-alone legislation. Last year, two days after the U.S. Senate passed an infrastructure bill that included more than $12 billion in spending on capturing and storing carbon dioxide, state Rep. Mike Greear said during a hearing on the bill that the objective was to keep the state “out-front and in competition, and hopefully a leader in carbon sequestration.”

North Dakota had already directed the state to assume liability of projects once companies had demonstrated that the stored carbon dioxide was stable, Greear said, and Wyoming was falling behind.

The bill gained support from regulators and eventually Denbury Inc., an energy company that specializes in squeezing oil from depleted reservoirs by injecting carbon dioxide to push it out. The oil and gas industry did not take a position on the bill, Greear said in an email, but he heard privately from companies that supported the bill and some that opposed it. The legislation was signed into law in March.

As in North Dakota and other states, the bill established a fund, paid for by fees on industry, to cover costs if the state needs to repair a leak.

Shannon Anderson, staff attorney at the Powder River Basin Resource Council, a Wyoming environmental group, said her organization did not take a position on the bill, but that it addressed the problem of who will be responsible for projects if companies go bankrupt or disappear.

“You can’t expect a company to hang on forever,” she said. “It’s maybe not be the best solution, but at least it is a solution.”

Brad Whitmarsh, a Denbury spokesman, said Wyoming “has provided rigorous regulatory standards that must be followed for the development of a carbon storage site,” and noted that the transfer cannot take place until at least 20 years after a project is closed. The bill would help reduce the state’s carbon dioxide emissions, he added.

In Indiana, a bill that included a similar provision drew support from BP, which runs a refinery in the state.

Joshua Hicks, a BP spokesman, said the legislation included a “rigorous checklist of technical, regulatory and financial verifications that operators must complete before the state takes over stewardship of a carbon site.”

But Nalin Gupta, a board member at Wabash Valley Resources, a company that has proposed a carbon capture project in the state, criticized the measure in an interview.

“We don’t think Indiana citizens, Hoosiers, should be on the hook for long-term liability,” Gupta said. “We should do our job well or we should not do it.”

Gupta’s company plans to produce hydrogen from crop residues or other solid waste while capturing and storing the emissions generated by the process. He said the project is on hold while it awaits a permit from the EPA to inject carbon dioxide underground. The project received $10 million from the Energy Department in 2018. It has also received investment from the Oil and Gas Climate Initiative, a consortium of oil companies that includes BP.

Gupta acknowledged that some banks or private financiers might be hesitant to lend billions of dollars for carbon sequestration projects out of fear that, decades from now, they could be held liable for an accident. But he said the liability protections are unnecessary and risk turning off the public to carbon storage, a practice he is confident can be done safely.

Gupta said his company told lawmakers privately that it opposed the legislation, but that his company officially remained neutral on the bill.

“It’s hard to take a stand against your own investor,” he said, referring to the financing from the oil industry consortium. “I’ll just leave it at that.”

Anderson, with the Environmental Defense Fund, also said that the liability protections are unnecessary, and he warned that they remove incentives for companies to meet the most rigorous standards for their projects.

He said it is unclear if specific companies have been pushing the legislation across the different states, noting that the bills generally have not drawn explicit support or testimony from more than a few companies.

“Something tells me that the companies that are for liability shields are reluctant to identify themselves,” Anderson said.

Correction: An earlier version of this story misstated the name of Denbury, Inc. 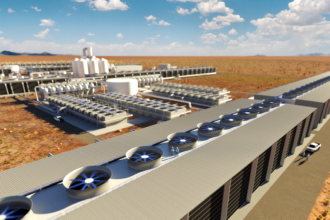 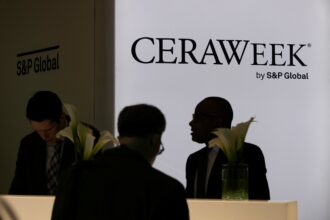 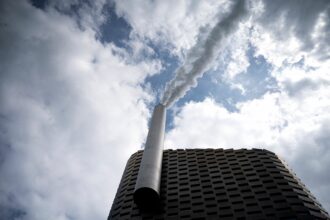