Every year, the Providence Preservation Society solicits input from the community to determine the most endangered buildings in the Rhode Island capital.

But Rachel Robinson, the society’s director of preservation, did a double take when she saw an application to list the entire 385-year-old city as endangered.

“I had to scratch my head a little bit at the thought, because I thought, Providence has its struggles, but it’s a fantastic place,” Robinson said. “I reread it and thought, no, this is exactly what we need to do to be more explicit about wedding preservation and sustainability.”

So members of the society placed the city—located on the Providence River that flows into the Atlantic Ocean—on its 2021 Most Endangered Properties list, because it is threatened by sea level rise and more extreme storms as the climate warms.

The buildings around the city are the legacy of centuries of history, from the colonial era and the industrial revolution to the heyday of the jewelry industry (in the mid-20th century, the city was known by some as the “jewelry capital of the world”). The purpose of the annual preservation list is to bring attention to dilapidated historical buildings that have the potential to be repurposed, and maybe catch the eye of a developer or an architect, Robinson said.

But listing the entire city of Providence, she said, calls attention to the more existential risk the town is facing and encourages residents to consider climate action at the neighborhood and city-wide levels. Repurposing old buildings and adapting them to sustainable standards is part of that, Robinson said.

“How can we start that conversation locally so that preservation can be part of the response to climate change?” she said. “Most of us live in and use older buildings and that should be part of the solution, not part of the problem.”

Hope is a 29-Ounce Black-Footed Ferret

In a big step toward recovering the black-footed ferret population, the U.S. Fish and Wildlife Service last week announced the birth of Elizabeth Ann, a female ferret cloned from cells frozen more than 30 years ago.

This is the first time that a listed endangered species in the United States has been cloned, according to the agency.

Born on Dec. 10, 2020, Elizabeth Ann will hopefully contribute vital genetic diversity to a population derived from just seven individual animals that made up the entire black-footed ferret population when the species was rediscovered in 1981 after it was thought to be extinct.

The species used to range throughout the eastern Rocky Mountains and western Great Plains and numbered in the tens of thousands. The ferrets eat prairie dogs and use prairie dog burrows to hide from predators. But prairie dog populations have declined because of agriculture and disease, said Pete Gober, the U.S. Fish and Wildlife Service’s national Black-footed Ferret recovery coordinator.

As of Thursday, Elizabeth Ann was weaning from her mother and weighed more than 800 grams (about 29 ozs)—a big baby compared to other black-footed ferrets her age.

“She seems pretty feisty and vital,” Grober said. “We’re hopeful that that continues and we’ll find a boyfriend for her in the year to come.”

He said they plan to breed her by spring 2022 and come up with a plan to continue her genetic line to maximize her genetic diversity in the population.

A Podcast Takes on Climate Change in Daily Lives

In the debut episode of the Climate Change is Personal podcast, a Montana woman who has  Immunoglobulin G4-Related Disease, a rare condition that causes inflammation in vital organs and requires intensive treatment, explains how climate change is affecting her medical treatment.

Kali Welch has to travel an hour-and-a-half for doctors’ appointments, and she fears that when summer wildfires strike—they are getting more intense each year, Welch said in the podcast—the roads will be impassable and she won’t be able to get the care she needs.

That’s just one of many stories Our Climate Voices is sharing in its new podcast, which highlights the ways climate change and social justice issues overlap in people’s everyday lives, told firsthand by those at the center of these compounding issues.

“It’s about bringing the lived experience at these intersections that are so often looked over or not addressed sufficiently, giving that really personal voice,” said Kiana Michaan, partnerships director at Our Climate Voices. “You can expect storytellers who have felt these issues deeply and have something poignant to share that can resonate with people.”

Michaan said she hopes using first-person storytelling will inspire listeners to think more deeply about these issues and to ask themselves what their own climate story is.

“I think it will help listeners to maybe look around them and think about the ways that these issues are in their own community or the people they know,” she said.

Fish help sequester a significant amount of carbon in the deep ocean, despite not being specifically included in carbon budgets, a new paper says.

The first-of-its-kind analysis, conducted by scientists at Rutgers University and other institutions, found that about 16 percent of the carbon that sinks from the top layer of the ocean comes from fish respiration, fish feces and other fish excretions, sinking around 1.65 billion tons of carbon. However, this number is uncertain because of a lack of data, the authors write. The second half of the paper explores why these data gaps are hard to fill—it is challenging, for example, to study fish in the deep ocean.

Here’s how the carbon cycles through a fish and its environment: The ocean absorbs carbon dioxide from the atmosphere where it is dissolved, then phytoplankton use the carbon dioxide in photosynthesis. Fish then eat the phytoplankton and other organisms, and some of the carbon from the food is excreted as feces. Dense “fecal pellets” sink down into the deep ocean, below the zone where sunlight reaches. There, carbon is sequestered.

The study shows the role that fish populations have in storing carbon in the age of climate change, and gives another reason why they are valuable.

“If we continue overfishing there will be less fish in the ocean to contribute to that downward flux of carbon,” Saba said. “It highlights the importance of sustainable fishing practices.”

Climate change is speeding the growth of young trees, increasing seed production, while growth in older trees is suppressed, causing them to produce fewer seeds, a new study found.

The study found that a geographical divide exists in U.S. forests: Eastern stands tend to be younger and are faring well under warmer temperatures that spike their growth and reproduction, while western stands tend to be older and have decreased reproduction. That’s because as in humans, the ability of trees to reproduce increases with age to a point, then decreases as they get older.

“We found the seed production of trees tends to decline as they get large, and so large trees are not producing as much seed for their size as smaller trees,” said James Clark, a forest ecologist at Duke University who led the study.

Knowing how many seeds trees are producing gives the researchers an idea of the “birth rate,” or the rate at which new trees are regenerated. As the coming years bring warmer and drier weather, the forests with a higher rate of regeneration are better suited to survive. This can help inform conservation efforts and prepare for climate change.

“We’re looking at changes in a climate that is still only a degree warmer on average than it was a century ago,” Clark said. “It’s going to be difficult to anticipate how forest will be changing, for example, a decade from now, because we have no experience with the kinds of climates that are only a decade or so away.” 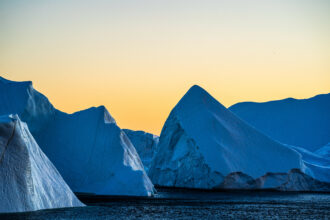 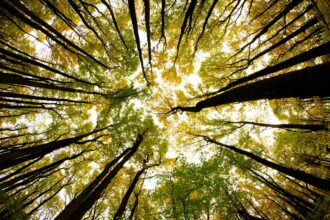 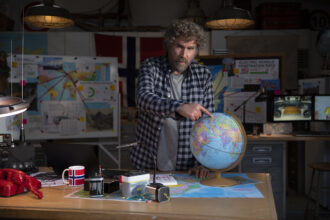