ORLANDO, Fla.—Florida will craft a first-ever plan for addressing the growing threat of flooding and sea level rise, in an effort to be overseen by a newly established Statewide Office of Resilience, under legislation Gov. Ron DeSantis recently signed into law.

The measure builds upon legislation approved last year that set aside millions of dollars for infrastructure projects and called on the state Department of Environmental Protection to compile flood and sea level rise data for a vulnerability assessment, among other things.

The new measure goes further, codifying into law the position now held by Chief Resilience Officer Wesley Brooks and situating the position within the Executive Office of the Governor. It also specifies the resilience plan, due in 2023, must include a ranking of projects submitted by local governments and a narrative of how the plan was developed. The state Department of Transportation also must produce a resilience plan for Florida’s roadways.

Together the two measures represent the first time in about a decade that top leaders of this uniquely climate-change prone state are taking charge on virtually any aspect of the global problem. Previously, local governments and regional groups like the Southeast Florida Regional Climate Change Compact have shown the most leadership on issues like flooding and sea level rise, hotter temperatures and more damaging hurricanes, said Beth Alvi, director of policy at Audubon Florida.

“Coordination is the name of the game … to effectively increase Florida’s resiliency and to help ensure that actions that we’re taking individually by cities and communities are additive rather than competitive,” she said. “Rather than just draining flood-prone areas upstream, which could aggravate flooding downstream, let’s look at it comprehensively. And that’s where the state and DEP have a role, and Wes Brooks, our resiliency officer.”

But the environmental groups point out that even as DeSantis, a Republican, aims to strengthen infrastructure in this peninsula state against sea level rise, he has failed to show much action on what is causing climate change and address the state’s reliance on fossil fuels.

DeSantis, considered a potential front-runner for the GOP nomination in the 2024 presidential race, has strived to make the environment a priority of his administration, putting millions of dollars toward the Everglades and the state’s other treasured and troubled waterways. But he has faced criticism on Florida’s biggest environmental problem: climate change. The governor has described himself as “not a global warming person,” even as his own administration predicts some $26 billion in residential property statewide will face chronic flooding by 2045.

State Agriculture Commissioner Nikki Fried, a Democrat running against DeSantis in this year’s governor’s race, proposed goals earlier this spring for transitioning toward cleaner energy sources, but it is unclear how effective the goals would be. Her department lacks the authority to enforce the goals. Utilities would have to submit progress reports to her department, which would review the reports and provide them to the Public Service Commission.

The commission, which oversees the utilities, has tended to accept their resistance to renewable energy and energy efficiency. The goals still face a formal approval process.

Fried is not alone in pushing for more clean energy in Florida. State Rep. Anna Eskamani (D-Orlando), was among 30 representatives to sign onto an Earth Day letter calling on the governor to declare a climate state of emergency in Florida.

“There is an emphasis on resilience, which is important, but nothing on actual mitigation or helping to combat our carbon production and the human actions that are causing sea level rise,” said Eskamani, who sponsored legislation this spring that would have put the state on a path toward 100 percent clean energy by midcentury. The measure never gained a committee hearing.

Thomas Ruppert, coastal planning specialist for Florida Sea Grant, an education and research organization focused on coastal resources at the University of Florida, said that together this year’s and last year’s legislation represent a short-term fix but actually could make Florida more vulnerable in the future, as they make way for more development in flood-prone areas.

“The current approach focuses really on reducing vulnerability today and maybe for tomorrow,” he said. “But this can actually encourage a sense of safety and further investment in areas that may not, over the longer-term, be very safe. So then when an event comes that exceeds the design parameters of the infrastructure, something bigger than, say, the 100-year storm event, we realize that our vulnerability to that event may be even greater than had we not both … literally and figuratively dug ourselves into a hole.” 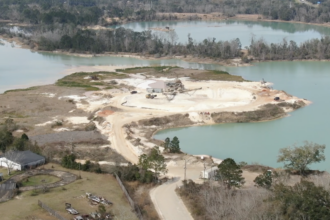 A Black Woman Fought for Her Community, and Her Life, Amidst Polluting Landfills and Vast ‘Borrow Pits’ Mined for Sand and Clay 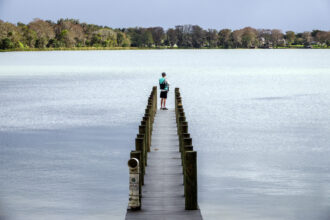 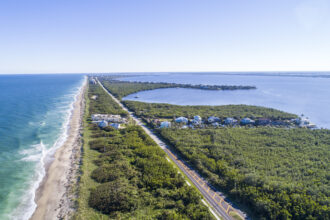