A year after a Texas jury awarded $2.9 million to a family who claims to have been sickened by gas and oil wells, the case remains in limbo because critical court documents needed for an appeal have not been prepared.

The landmark case is being anxiously watched by industry and environmentalists for the legal precedent it may set. The verdict, if upheld, would open the door to other lawsuits against industry by people living nearby oil and gas production, according to legal experts.

“There is a lot on the line in this case,” said Thomas McGarity, a University of Texas law school professor who specializes in environmental and administrative law.

Last April, a Dallas County jury found that Aruba Petroleum “intentionally created a private nuisance” that affected the health of Bob and Lisa Parr and their daughter, Emma. The jury concluded the family was made sick by emissions generated by Aruba’s 22 gas wells surrounding the family’s ranch in Wise County, and awarded the damages.

The award appears to be the largest against the oil and gas industry in a lawsuit alleging that toxic air emissions sickened residents. Aruba, a Plano, Texas company, immediately appealed the decision.

Attorneys for Aruba and the Parrs did not respond to calls for comment. And the Parrs, who often spoke publicly about their plight, have signed a movie deal and are no longer doing interviews.

The delays in the appeal rest with a court reporter’s failure to provide the Fifth District Court of Appeals an official transcript of the trial, a document critical for the appellate justices to understand the case’s legal intricacies.

After missing deadlines to provide the thousands of pages that were due last December, the court reporter has been ordered to file the 21-volume set of records by June 5.

The reporter has cited a series of “extraordinary circumstances” that prevented her from meeting the court’s earlier deadlines.

Reporter Vikki L. Ogden said in a March 29 letter to the court that she had been preoccupied with a 30-volume transcript in another case, forced to use antiquated transcription equipment that slowed her progress, and had become deathly ill and confined to bed for a time in February.

Ogden apologized for missing her deadlines and assured the court that she was “scrambling” to catch up with the backlog that included the Parr case and others. In one small step, she said she had taken on an assistant with equipment suited to finishing the work.

The Parrs filed their lawsuit in 2011, claiming that emissions from oil and gas facilities surrounding their house made them horribly sick with asthma, nausea, nosebleeds, ringing ears and rashes. The symptoms they experienced have been attributed by doctors across the country to chemicals released by oil and gas production.

More than 100 wells have been drilled within two miles of the Parrs’ Decatur, Texas ranch, 60 miles northwest of Dallas. In arguments, Aruba has said it owns only 22 of those wells, so the emissions could have come from one of its competitors’ wells. “There is no evidence that Aruba engaged in any conduct intended to cause harm,” the company has said. “Aruba’s operations complied with best industry practices and met the standard for a reasonable and prudent oil and gas operator.”

Although the delay has kept the case out of the spotlight, McGarity, the University of Texas professor, said the argument over the question of responsibility is nevertheless being anxiously awaited. “The precedent will have an effect beyond this one case,” he said.

There are no assurances the verdict against Aruba will survive the appeal, or that it will lead to regulatory changes in Texas or any of the other states where people complain that their health is jeopardized by oil and gas operations.

Legal experts have cautioned that it may take a couple of years for the appellate court to rule, and even then the case likely will be appealed to the state Supreme Court. 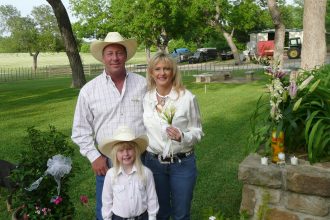