Citing confidentiality and the integrity of the scientific process, the National Oceanic and Atmospheric Administration (NOAA) chose not to turn over all the documents demanded in a subpoena from the House Committee on Science, Space and Technology.

The committee, which oversees federally-funded scientific research, had issued its subpoena seeking “all documents and communications” related to a recent NOAA study that disputes the global warming “hiatus,” a concept favored by those who deny climate science because it indicated global warming had paused or slowed since 1998.

Committee chair Lamar Smith (R-Tex.), a vocal climate denier, has led a series of inquiries of climate scientists and organizations, questioning their research or methods.

The committee issued the subpoena on Oct. 13 and gave NOAA until Tuesday to respond. The agency responded with a letter that cites the many scientific briefings, datasets and studies it gave the committee over the past few months, but said it would not turn over emails and other deliberative research communications.

“Because the confidentiality of these communications among scientists is essential to frank discourse among scientists, those documents were not provided to the Committee,” NOAA said in a statement. “It is the end product of exchanges between scientists – the detailed publication of scientific work and the data that underpins the authors’ findings– that are key to understanding the conclusions reached.”

The NOAA paper, published in June in the prestigious journal Science, found the trend resulted from a data error and virtually disappeared when the scientists updated their analysis of global surface temperature measurements.

“Congress cannot do its job when agencies openly defy Congress and refuse to turn over information,” Smith said in an emailed statement. “When an agency decides to alter the way it has analyzed historical temperature data for the past few decades, it’s crucial to understand on what basis those decisions were made. This action has broad national and policy implications.”

Benjamin Santer, a member of the National Academy of Sciences who has spent his career studying climate change, said there’s nothing suspicious about the NOAA paper.

“What Mr. Smith does not seem to understand is that’s how science operates,” said Santer, who said he was speaking for himself and not on behalf of any organization. “Our understanding of datasets changes over time as researchers identify errors…Mr. Smith may not like those findings, but they’re a reality. They’re a fact of life.”

Smith said NOAA has “yet to identify any legal basis” for withholding its emails and other communications. “The Committee intends to use all tools at its disposal to undertake its Constitutionally-mandated oversight responsibilities,” he said in an email.

The NOAA subpoena is the latest in a long string of similar requests since Smith became committee chairman in 2013. The committee has subpoenaed confidential funding information from the National Science Foundation and hauled the Environmental Protection Agency into a hearing to question the agency’s use of “secret science.”

In early September, Smith said he would launch an investigation into climate scientist Jagadish Shukla, who called for a federal probe on whether fossil fuel companies knowingly misled the public on climate change. Shukla’s statement preceded the publication of separate investigations by InsideClimate News and the Los Angeles Times, which documented Exxon’s early acceptance of global warming. The news stories led to other calls for a federal investigation from Democratic congressmen and presidential candidates Bernie Sanders and Martin O’Malley.

Under Smith’s leadership, the Science Committee “should be called the Science Fiction Committee,” said Daniel J. Weiss, a senior vice president for the League of Conservation Voters, which advocates for political candidates who support pro-environment policies.

Weiss said nearly all the Republican members of the committee are climate deniers.

Lauren Kurtz, executive director of the Climate Science Legal Defense Fund, said Smith’s request for NOAA emails is another example of a politically-motivated attack that aims to take scientists’ words out of context. Many climate researchers at public universities, for example, have been subject to extensive Freedom of Information requests for the contents of their inboxes.

“When you have the data, there’s no need to look at a scientist’s email correspondence,” Kurtz said. Her organization provides legal support for climate scientists who face harassment and lawsuits. “A lot of what science is is batting around ideas. You could suggest something kind of zany in an email…and to have it taken out of context publicly is very disturbing.”

The subpoena prompted Eddie Bernice Johnson (D-Tex.), the ranking minority member on the committee, to send Smith a letter calling his actions “a fishing expedition” and “a serious misuse of Congressional oversight powers.”

Santer had even stronger words for it. “This is not a fishing expedition—this is a trawling expedition,” he said. They’re “looking for an unfortunate phrasing in emails to cast doubt on an entire scientific endeavor.”

Johnson and Santer also questioned whether the committee has the expertise to analyze NOAA’s data.

“I don’t think this is the kind of issue a congressional staffer with little or no scientific training can adjudicate on,” Santer said. “I don’t think that’s credible at all.”

A committee aide said in an email that the staff “does include employees with advanced scientific degrees who will be involved in reviewing all responsive documents.” The aide did not elaborate on the nature of their scientific credentials. 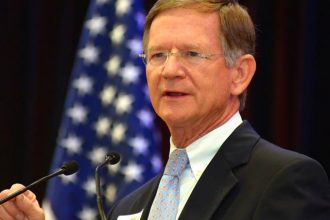 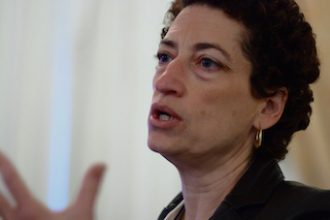